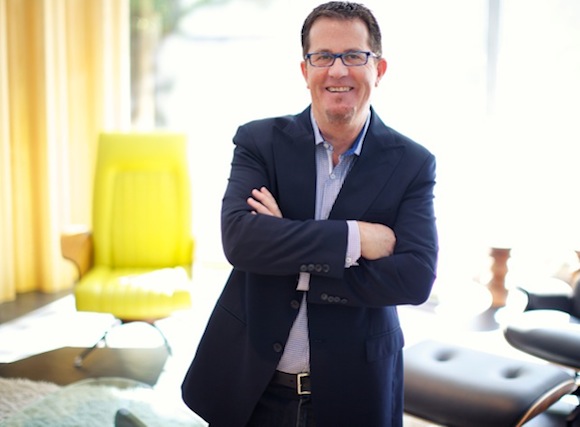 Peter Walsh has earned a national reputation as the go-to guru about all things decluttering.

Born and raised in Australia, Walsh got earned a master’s degree in education and eventually went on to teach high school math, science and graphic art. In 1994, he came to the U.S. and launched a company that produced workplace programs to help employees improve their interpersonal and communication skills.

Walsh’s training experience and interest in organization in the workplace and in homes caught the attention of the folks at TLC’s “Clean Sweep.” Walsh wound up taping more than 120 episodes while helping thousands of people get excited about decluttering and organizing their homes and their lives.

He also worked on “Oprah” for six years “helping people de-clutter their homes, their heads, their hearts and their hips.” Additionally, Walsh hosted two shows on the Oprah Winfrey Network and wrote a few bestselling books about clutter and organization. He currently is a regular guest on “The Rachel Ray Show” as well as a contributing editor for The Oprah Magazine, and he has contributed to the Springpad organizing app.

SpareFoot recently chatted with Walsh to pick his brain about why we’re so cluttered and what we can do to escape from the mess.

How did you come be an organizational guru?

I’ve done a lot of things in my past. I worked in drug abuse prevention, health promotion, interpersonal skills training programs for various corporations. I’ve designed houses. It’s a little bit of everything. And when I came to the States 20 years ago I started helping people do some small organizational stuff in their homes. And in crazy Los Angeles style, I was asked to audition for a TV show called “Clean Sweep” on TLC. And it became very obvious to me early on that organization has very little to do with the stuff. I think that’s what continues to differentiate me from most organizers. 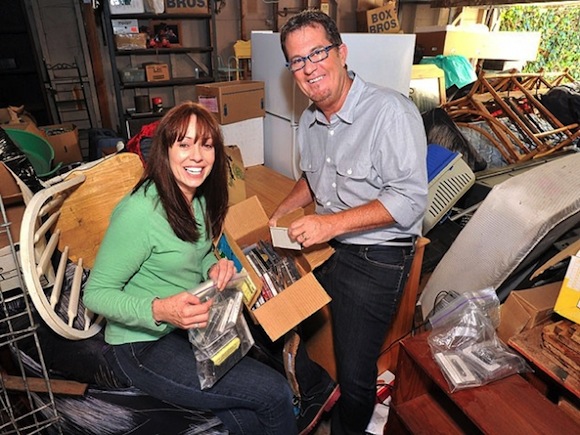 In my experience, it’s very apparent that if you focus on the stuff, you will never get organized. It may sound counter-intuitive, but I’ve found that starting elsewhere is the only way to achieve permanent, long-term, sustainable change for people.

Why is it so important that people not focus on “the stuff”?

This is exactly where most people fall down, because if you start to focus on the stuff—especially if you’re in a relationship with someone—it becomes a matter of power and authority. So a husband says he wants his wife to get rid of some of her shoes. And she says, “Well, I’ll do that as soon as you get rid of your car magazines.” It very quickly becomes about a winner and a loser. And then it ends up being about who’s in charge and who has the power. I see this all the time.

How do you help people get around this problem?

People need to understand that not all clutter is created equal. There are two main types of clutter in homes.

One is what I call memory clutter. This is stuff that reminds you of a person or an event or an achievement. The fear is that if you let go of the item, you will lose the memory.

The second is what I call “I might need it one day” clutter. People hold onto things because of a whole lot of imagined futures. They hold onto scraps of wood because one day they might need them to build something. They hold onto clothes because one day they might fit into them. And you must have different strategies for dealing with different kinds of clutter or you wind up shuffling, which is when you think you’re organizing but you’re really just moving stuff from one room to the next in this constant dance. 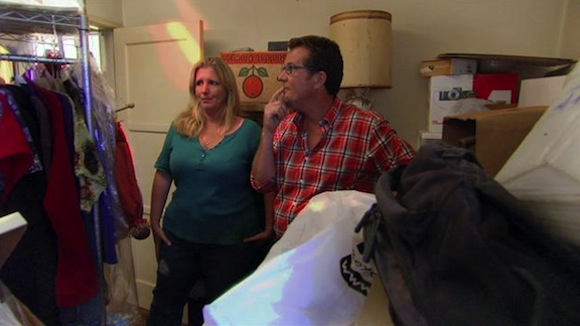 Why is the problem of clutter and disorganization so pervasive?

In many ways, it’s a Western phenomenon, and it has to do with what I call the product and the promise. Many people buy a product, but what they are really doing is investing in the promise. For example, someone buys a treadmill. But what he is really investing in is the promise that somehow that treadmill will make him magically fit and thin. So people end up with a house full of products and unfulfilled promises. And they are extremely reluctant to let go of the product because they can’t let go of the promise.

There are also other factors. For instance, stuff is relatively cheap in this country. Especially clothing, which is one of the biggest culprits of clutter. Credit is relatively easy to come by. And people enjoy recreational shopping. Buying stuff is often a natural response to anger or heartbreak or stress.

On your website, you provide room-by-room organizational advice. What rooms do people seem to struggle with the most when it comes to organization?

There are four categories that are always at the top. The first are clothes in closets. People have so many clothes they don’t know what to do with. The second are the kids’ toys. And it’s usually not about the kids and the toys—it’s about the parents and the toys. The toys often represent something to the parents, and they can’t get rid of the toys because then they’d have to deal with the children growing up, which they don’t want to do. The third is paperwork, meaning everything from the mail to bills to any kind of paper lying around the house. It’s a huge issue. And finally, there’s  the garage, which I like to call the elephant burial ground of clutter. 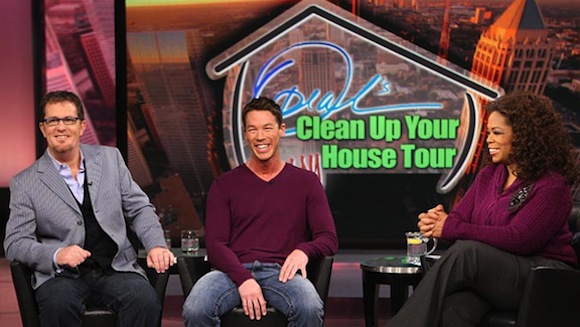 What would you say is the number one barrier people face in trying to de-clutter and get organized?

This is an easy one. People simply do not have a vision for the space they want. People ask themselves what they want for a space. Couch, drapes, rugs, etcetera. This is the wrong question. What they need to ask instead is what they want from the space. What is the vision for that space? And then you start asking yourself, “Will this object move us closer to or farther from the vision we have for this space?” If you don’t create the space you want, no one else will. And if you don’t keep it decluttered and organized, you will never be happy in your own home—ever.

Oh, gosh, there are so many. I walked into a home a few years ago, and the clutter was 4½ feet deep. We walked into one room and the homeowner said, without thinking it was funny at all, “There’s a piano in there somewhere. But I haven’t seen it for seven years.”

There’s another case that comes to mind. I met the mother of two teenage boys, and she still had every single item of baby clothing and their cribs and bassinettes in the master bedroom. She said right away, “I’m not letting go of anything. It’s all very important to me.” I told her that was OK. But I also said I had one question for her. I said, “Are your best memories with your children in front of you or behind you?” And the moment I asked that, it was as though a floodgate had opened and she began sobbing. Those baby clothes represented a time when she felt most important to her family. And she feared that the moment she let go of those clothes she was letting go of her importance to the family.

That’s almost always with a case with clutter. It’s about loss or trauma or insecurity or grief or fear. And unless you deal with those underlying issues, you can’t help people move on and release them from the power of their stuff.