Just because you take every precaution to safely store your fine art collection doesn’t mean a natural disaster can’t blow into town and do substantial damage.

In 2012, Christie’s Fine Art Storage Services, a high-security compound in a high-risk flood zone in the Red Hook section of Brooklyn, NY, got slammed with 14-foot waves from a massive storm surge during Superstorm Sandy, resulting in a flooded ground floor. Last year, Christie’s got slammed again—with two lawsuits filed by insurance companies on behalf of insured customers.

A month later, Starnet Insurance Co. sued Christie’s for $10.1 million for negligence in storage of 476 pieces of artwork owned by the LeRoy Neiman Foundation. Neiman is known mainly for his brightly colored, high-energy images of sporting events. 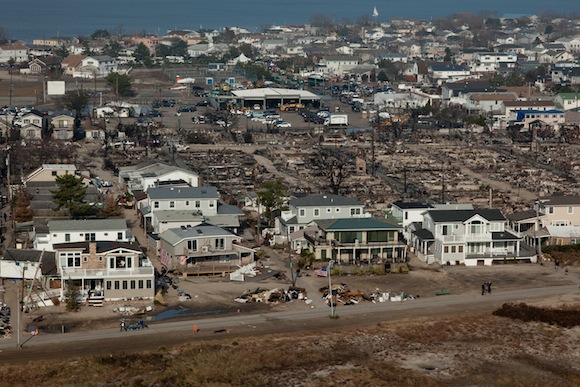 Superstorm Sandy ripped through the New York City area in 2012.

Despite widespread media reports that “Frankenstorm” would cripple New York with high winds, high tides, severe storm surges and coastal flooding, Christie’s staff allegedly failed to store the Neiman artwork, delivered a few weeks earlier, in a second-floor storage unit as promised or elevate them from the floor of the processing area. As a result, the artwork was damaged by floodwater.

Christie’s attorney filed motions in November to dismiss both lawsuits, denying negligence and calling Superstorm Sandy–a hybrid that combined elements of a tropical cyclone and a winter storm–an “unprecedented act of God.” The motions contend that storage agreements limit Christie’s liability to $100,000 because the Piatigorsky Trust and Neiman Foundation signed agreements to arrange their own insurance coverage and waive any claims their insurer might have against Christie’s. A ruling on the motions is expected this month.

Citing the company’s policy of not discussing pending legal action, Christie’s spokeswoman declined to comment on the lawsuits. “Fortunately, the impact was limited to the ground floor. All upper floors remained dry, and we have maintained continuing operations,” spokeswoman Melissa Abernathy said.

Given what happened to the Piatigorsky and Neiman pieces, how can you be proactive when it comes to natural disasters and storing fine art? Here are three suggestions. 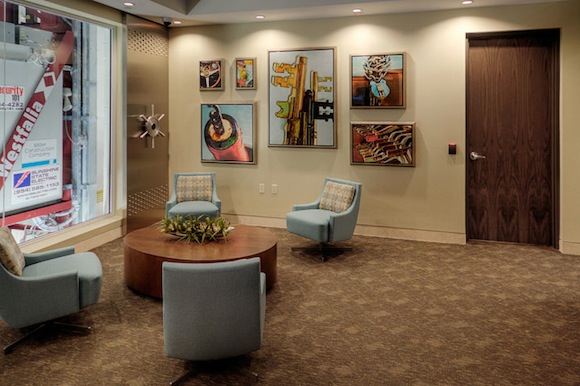 One of the rooms at the RoboVault storage facility in Fort Lauderdale, FL.

1. Make Sure the Facility Can Withstand Natural Disasters.

“It’s not a matter of if a storm will hit. It’s a matter of when,” said Bruce Tang, director of fine art and antique services at RoboVault in Fort Lauderdale, FL.

RoboVault’s computer-controlled storage vaults are stored at a minimum of 30 feet above sea level. The facility, built with solid concrete, steel-reinforced construction and double-pane, impact-resistant glass, bills itself as “virtually impenetrable,” even to Category 5 hurricanes with winds up to 200 miles per hour.

RoboVault was built in 2009, prompted by a rash of hurricanes that devastated Florida cities. “Floridians learned quite a bit about preparing for a storm,” Tang said. “We can never anticipate what a hundred-year storm can bring.”

Many of RoboVault’s customers store art and antiques during home renovations or vacations to keep artwork from being exposed to theft or weather, Tang said. Customers should reserve storage space with a down payment ahead of time for hurricane season, which runs from June through November, rather than wait until a storm is on its way, which is likely too late. “We get a lot of calls at the last minute,” Tang said. If a hurricane doesn’t occur, the down payment can be used toward future storage and services. 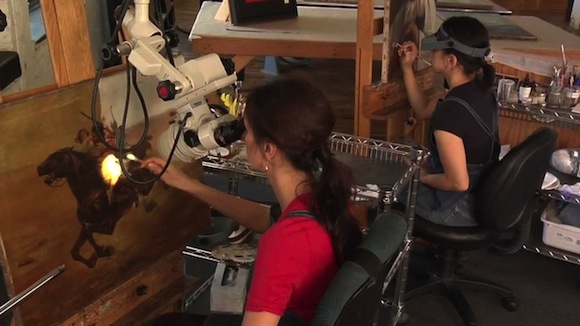 Disaster Planning & Response crafts a plan tailored to each collection, said Chris Maravich, vice president of the company. A project manager visits the location where the artwork is housed, consults with the client for a detailed inventory, prioritizes objects for removal and develops evacuation strategies for a variety of disaster situations. For example, if artwork is in a high-rise building, the project manager documents elevators and stairway locations so a crew can move quickly to remove the pieces.

A disaster plan gets your artwork out much faster if a hurricane is bearing down on your city or a fire breaks out next door. “We know everything about the job and what materials to bring,” Maravich said. “Having a disaster plan may be the difference between total loss or being saved.”

3. Look for a Specialist in Storage of Fine Art.
Choose a facility dedicated to storage of fine art, Maravich said. Call local museums, which are authorities on handling and storing artwork, and ask for recommendations.

“Make sure that the company in question is not just hiring whomever to work at the facility. We have background testing and drug testing, and only hire artists or those with an arts education background to ensure proper care is given to the artwork,” Maravich said. “We all care about art and are all connoisseurs.”