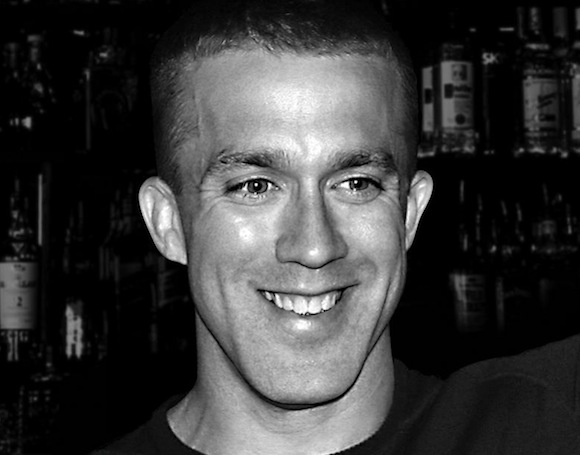 Meet Tucker Max—bestselling author, all-around jerk and, believe it or not, startup investor.

Let’s start with the author and jerk parts. Max has written three bestselling books, including “I Hope They Serve Beer in Hell.” Through his sex- and booze-laced writing, Max has garnered a well-earned reputation as a schmuck—and he readily admits it.

“I get excessively drunk at inappropriate times, disregard social norms, indulge every whim, ignore the consequences of my actions, mock idiots and posers, sleep with more women than is safe or reasonable, and just generally act like a raging d***head,” Max writes on his website. (The asterisks are ours, not his.)

An Angel Gets His Wings
Love him or loathe him, Max has done well for himself—so well, in fact, that he retired from penning nonfiction “fratire” (a genre geared toward young men) and has sunk money from his book deals into investments at about 30 startups. He’ll pump anywhere from $2,000 to $200,000 into a young company.

Max is what’s known as an angel investor. According to the Angel Capital Association, an angel is a wealthy person who invests his or her own money into a startup in exchange for a stake in the business. 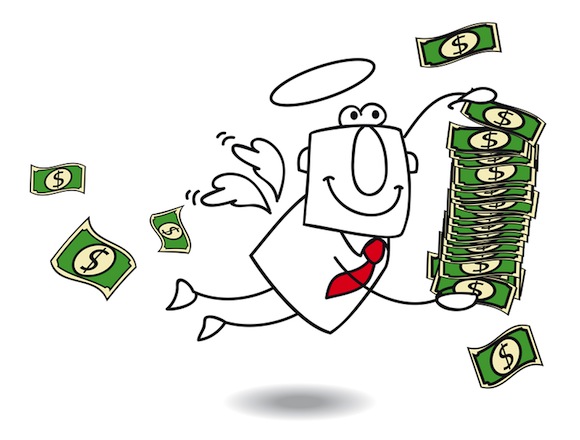 What drew Max to angel investing?

“I started for the same reasons probably anyone starts: I thought it was a good way to invest my money, and I liked the challenge of it. It’s hard work,” Max, who lives in SpareFoot’s hometown of Austin, told The SpareFoot Blog. “Plus, who doesn’t like the opportunity to make 100x on their money?

Maximizing His Money
How does Max decide where to put his money?

“The honest answer is that I don’t have a set formula yet. I am not experienced enough to have that,” said Max, who first dove into startup investing in 2010.

But he does stick to a few rules of thumb:

“In addition to these factors, I try to stick to markets that I know,” Max said. “For example, I don’t really invest in mobile gaming apps. I don’t play mobile games; I don’t get it. But I know food and branding really well, so consumer product companies are a focus.”

A Toast to Vodka
One of those consumer companies is Austin-based Deep Eddy Vodka, his first startup investment. The investment came shortly after Max’s initial—and initially reluctant—encounter with the vodka.

As Max explained on his blog, he was hanging out one weekend in Austin with a buddy, Taylor Perkins, and ordered his usual drink: vodka and club soda. Perkins urged Max to try the sweet-tea-flavored variety of Deep Eddy. Max balked, but Perkins bugged Max until he relented. Max finally tasted the vodka, and he was immediately blown away.

“This is legitimately the first new alcohol I’ve had in 15 years that I’ve liked. I cannot believe this,” Max told Perkins. “How did I not know about this?”

With Max sold on the virtues of this vodka, Perkins introduced him to Deep Eddy co-founder Clayton Christopher. After doing his homework on Christopher and Deep Eddy, Max wrote the vodka entrepreneur a check during a coffee get-together. This happened four years ago, before Max’s retirement from “fratire” literature.

“I would never invest in something that I didn’t like and use,” he said. “If I drink, that’s pretty much what I’m drinking.” 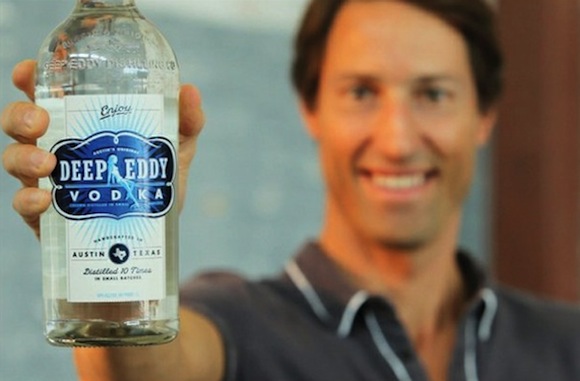 A Shot of Success
Max isn’t the only one who’s drinking Deep Eddy Vodka. The vodka is so popular that the company ranks as Max’s most successful investment.

“It’s my top investment because, as of right now, it’s the one that’s made me the most money, that’s appreciated the most,” Max said.

Max won’t divulge exactly how much money he’s poured into Deep Eddy Vodka—it’s at least $200,000, though—but he estimated this investment now is worth more than $1 million. All told, Max guesses he’s raked in $2 million to $4 million (on paper) from his current investments.

Pitches and Prospects
While Max raves about his investment in Deep Eddy Vodka, he’s passed on plenty of other prospects. What’s the most ridiculous investment pitch he’s ever heard?

“The worst is probably this hookup app that I don’t think ever even launched. They basically told me I’d get laid more if I put money into their app,” Max said. “I was utterly flabbergasted. Not even that they thought I needed help getting laid; more that they were so unprofessional they thought something stupid like that would influence me.”

Undoubtedly, Max will have to put up with other stupid pitches before reaching his goal of investing in 100 companies by 2018, both on his own and through angel investment groups. Max said he doesn’t want to venture into the more complicated, more cutthroat, higher-stakes arena of venture capital.

“I will never have my own VC firm. That is a whole different beast,” he said. “I like investing in things I want to invest in; I don’t want to manage other people’s money.”

Everything You Must Do When Moving Out of Your Apartment