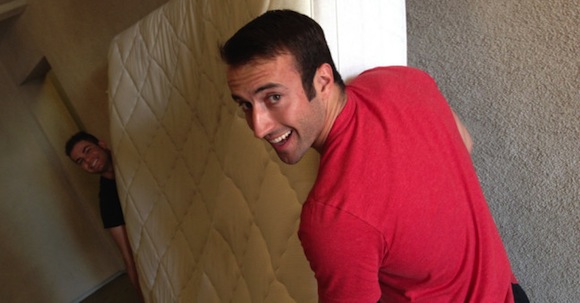 Unless you own a truck, you’ll probably need to call on others for help when you’re planning a move or purchasing bulky furniture for your home. You have a few options: Hire a moving company, rent a truck or ask a friend who owns a truck to help you move.

But in some cases, none of these options holds much appeal.

Take Brian Foley’s case. During the course of his college career, Foley moved six times. “Every time I moved, I had to bug someone I knew who had a truck or rent a U-Haul,” he said.

On one occasion, because Foley wasn’t used to driving a large truck, he ran into trouble while pulling up to his new house in a U-Haul. When trying to back into a parking spot on the street, he sideswiped the car in front of him, taking off the front bumper.

Foley soon found out that the car he’d damaged belonged to his new housemate. “That made for a very awkward entrance into that house,” he said. 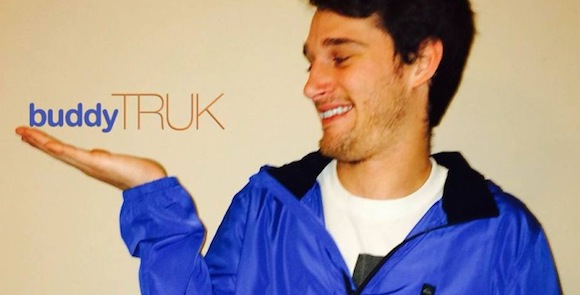 That experience led Foley to dream up a concept called “social hauling.” This concept promises to take the pain out of the moving process by connecting people who need moving help with people who own vehicles and can get the job done.

Santa Monica, CA-based buddyTruk, founded last year by Foley and business partner Russell Tuchman, produces a mobile app that lets people who need to move items can hire truck drivers on the spot for an algorithm-based fee. The startup takes a 20 percent cut of the fee, while the driver keeps the remaining 80 percent.

The buddyTruk moving app will launch in March 2014 for both the iOS and Android platforms; the company already is accepting driver applications on its website. The initial rollout will occur in a few Los Angeles neighborhoods, focused on college areas such as UCLA and Pepperdine University, although the company hopes to quickly expand to other U.S. cities.

Professional Moving Versus buddyTruk
In contrast to traditional moving companies, buddyTruk’s network of drivers are not professional haulers. They’re people who own trucks and simply want to earn some extra cash. For the most part, Foley said, the company is targeting college students and other young people who’d like to use their vehicles for odd jobs.

“Our goal is making jobs for folks in the community, rather than encouraging people to go to big moving companies,” said buddyTruk’s social media manager, Adam Jacobs. 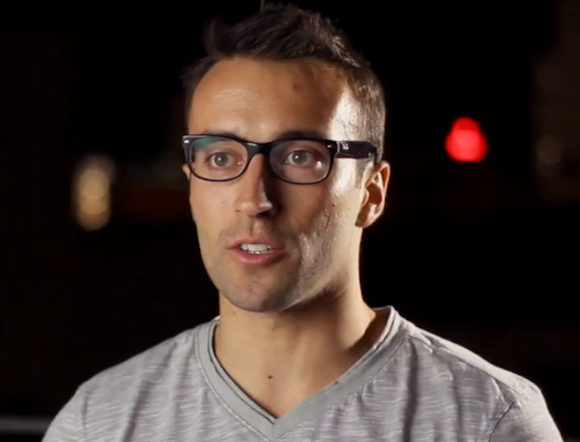 Every potential driver is screened through a full background check and driving record check to ensure he hasn’t racked up speeding tickets, DUIs, felonies or other serious crimes. Each vehicle must pass buddyTruk’s own inspection test before being used for deliveries. The company insures each item being moved for its value, up to $1 million.

While you’ll often need to talk with several moving companies to obtain price estimates, each mover listed on buddyTruk charges identical fees for a particular service.

“It’s a set fee based on time and distance,” Foley said. “We didn’t want drivers competing against one another. We wanted to streamline the process.”

Pricing for buddyTruk is considerably lower than for professional moving companies. In general, Foley said, “we’re at least half the cost, and in some cases we’ve found we are anywhere from 300 percent to 450 percent cheaper.”

Not the Right Fit for Everybuddy
The startup concedes that it may make more sense in some cases to choose a professional moving company over the part-timers at buddyTruk. The startup says the app is designed mostly for small moving jobs, such as helping college students move the contents of a dorm room or delivering a large piece of furniture.

“If you’re moving an entire house or apartment, we’re probably not the company for you,” Foley said. “buddyTruk is there to help you move items, but there’s only so much that can fit in a truck.” 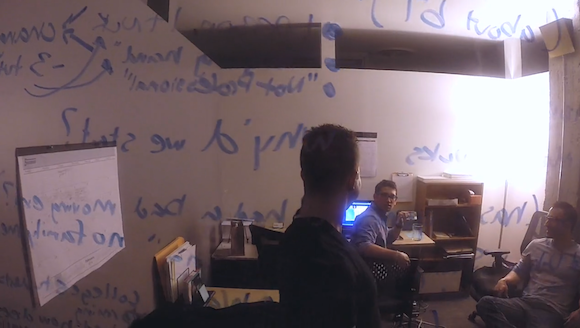 Employees of buddyTruk work toward the March launch of the app.

Additionally, buddyTruk may not be the right fit if you’re moving fragile items that need special packing. While buddyTruk movers can help you pack up items, they most likely won’t have the expertise to handle belongings that need some extra TLC.

John Bisney, a spokesman for the American Moving & Storage Association, cautioned that because buddyTruk isn’t a licensed moving company, consumers could lack protection.

“There’s all sorts of scenarios where there could be problems with no recourse,” Bisney said, such as if you have a dispute with your hired helper or the truck is involved in an accident.

When using buddyTruk or any other peer-to-peer marketplace service, it’s important to do your homework and make sure you’re comfortable with the risks. But if you’re simply looking for a “buddy” with a truck to help you with a small moving or delivery task, this kind of service could be just what you need. 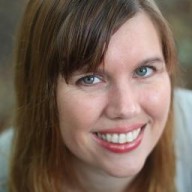