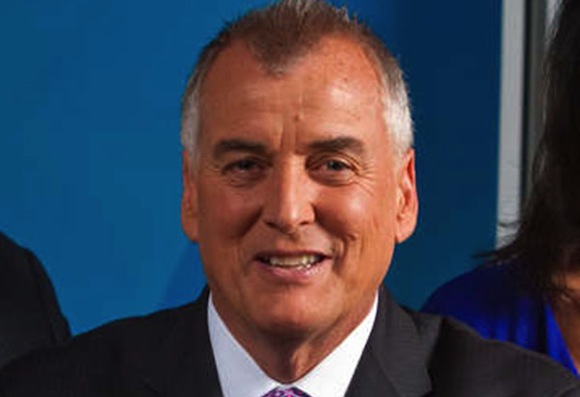 Two storage units rented by a disgraced Philadelphia TV sportscaster went up for auction Feb. 24 and fetched a grand total of $775. Not exactly the kind of haul that would excite the stars of “Storage Wars.”

Don Tollefson, 61, was arrested Feb. 18 for allegedly pocketing more than $100,000 that was supposed to go to charities. The former sportscaster for Philadelphia’s ABC and Fox affiliates stands accused of running a scam that went like this: He sold game tickets and travel packages, promising that proceeds would be donated to local nonprofits. Prosecutors allege Tollefson didn’t deliver tickets or donations, but just kept the cash, according to Philly.com:

“He would state: For X number of dollars, half of those dollars to be split between his charities and half to another charity, he will provide tickets to a sporting event, board and air travel,” Hyde said. “Mr. Tollefson then would not provide any of those benefits and certainly would not provide the half of the funds promised to the charitable organization.” 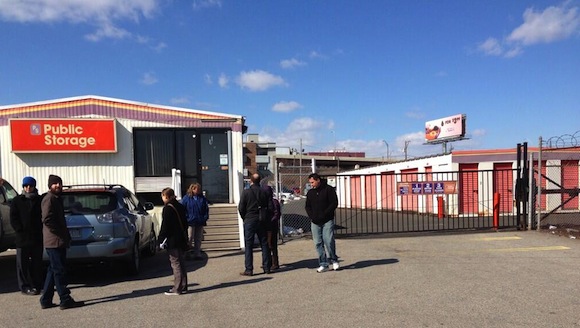 News that the fallen local celebrity had defaulted on two storage units, at a Public Storage facility in Philadelphia, drew local interest. Before the storage auction, police searched the units for evidence, according to Philly.com.

In addition to the two storage units, whose contents sold for $600 and $175 each, Tollefson kept an old Chevrolet Blazer at the facility. The vehicle sold for $100.

The crowd was the kind of crowd you’d expect if you ever watch Storage Wars. There was the fat white guy with the gigantic cigar. There was the black guy in the maroon velour pants, with matching silk shirt and burgundy faux crocodile shoes. There was a young Hispanic woman with painted-on-tight tight jeans.

The winning bidder of the trashier unit let Fiorillo poke around. A preliminary inspection of the contents was underwhelming, revealing an empty jar of Progresso pasta sauce and a package of baseball socks.