Keef West was driving north on Interstate 5 approaching Everett, WA, early Christmas Eve morning in 2011 when he spotted smoke and brake lights ahead. As traffic crawled forward, West could see flames leaping from The Storehouse, a storage facility just off the interstate where the drummer once rehearsed for his gigs with the Seattle punk band Aiden and other groups.

“I literally had moved my drum set out about a week before that and knew everybody in there,” West recalled. “I started calling everybody and they thought I was kidding. I said, ‘No, you need to call Phil (the manager) right now because your stuff’s on fire!” It was heartbreaking.”

Later that day, he would learn the true extent of the damage.

“A guy died in that fire,” Wes said. “You weren’t allowed to use an electric heater, but tragically, he passed out and left the heater on and several units went up with his.”

Storage units and struggling rock bands have endured a tumultuous marriage of convenience for decades. What better way to rock out without disturbing the neighbors than to take your act to a storage facility where the racket falls on deaf or nonjudgmental ears?

The Storehouse provided the perfect solution for West: a 13×27 unit with a carpeted loft, wall outlets upstairs and down, and magnetic locks with electronic codes that reset daily. Everything a Pacific Northwest punk drummer could want—except heat. 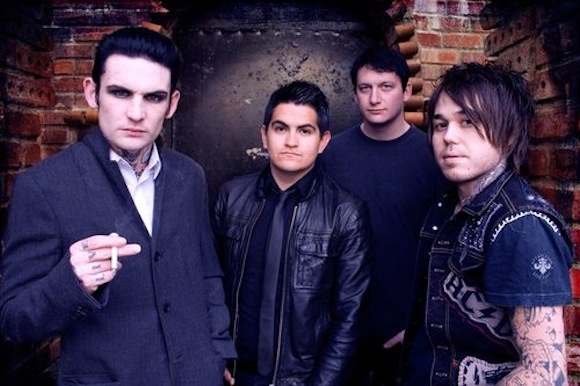 Members of the band Aiden

“It’s a little easier as a drummer because after about three songs, your body temperature goes up,” West said. “But during the winter months, it was pretty haggard.”

The best thing about his storage studio? Twenty-four-hour access. The worst? Being a half-hour drive from his gear—and coping with the unpredictable.

“That fire messed up like 25 percent of the band units around it because of all the water damage from the fire hoses,” he says.

Tuning Up in Music City
Across the country at Abbott West Self Storage on the outskirts of Nashville, TN, up-and-coming country stars can focus more on becoming the next Carrie Underwood or Blake Shelton and less on freezing off their guitar-strumming fingers.

Musicians have the choice of six 15×25 music rooms with soundproofed walls, electrical outlets and in-unit heat and air conditioning for a premium price, or a handful of 10×15 units in the climate-controlled main building that rent for a normal price plus a nominal electricity fee to offset those energy-hogging amplifiers.

Facility manager Duncan Earle said he easily could fill twice the number of music units if he had them.

“Being in Nashville, we have a high demand for rehearsal space,” he said. “There are long-term tenants. One of them told me he’s been in and out of our storage space for 10 to 15 years. I’ve been here for two years, and I’ve had one turnover on a music room.”

Earle said he hasn’t had any problems with the on-site partying that sometimes accompanies rock-band tenants, but there’s a logical reason for that. 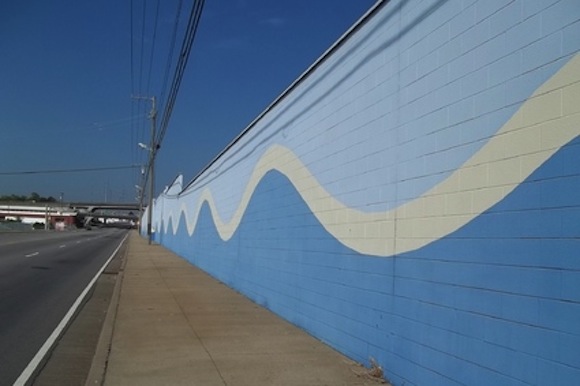 A wall outside Abbott West Self Storage in Nashville, TN

“With some of these rooms, the bands will put in a mixing board and other equipment to where they fill it up. There may only be room for three or four or five guys to sit in there and play music,” Earle said. “There’s usually not room for any extras.”

“We rented a unit about six months ago that two bands were splitting, and it seemed like every one of them drove individually, to where some of our tenants were not able to get close to their storage units,” he added. “The tenants felt that they should have equal access and we agreed, so we had to speak to the bands and let them know that, unfortunately, some of them were going to have to park on the street.”

“I’ve yet to hear anybody say they don’t like it,” Earle said. “We’ve had tenants say, ‘Oh, yeah, I was here last night and I could hear them playing, and they’re pretty far away from my unit. That’s neat you have music spaces!’”

A ‘One-Stop Shop’
“Band in a box” storage facilities have been around so long now that some have achieved legendary status. 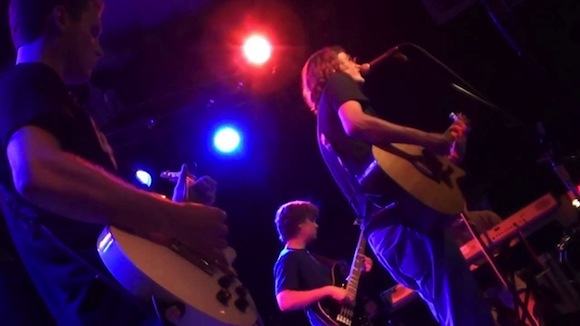 One such revered jam-band stronghold is Universal Storage Solutions at Woodhill in Columbia, SC. Located near the University of South Carolina campus and a short drive from the bustling Five Points club scene, it’s most famous music tenants were the Grammy Award-winning band Hootie & the Blowfish.

Universal rents out 10 band units in 10×15 or 10×20 configurations that are isolated in its off-site annex down a remote industrial road. There, assistant manager Cam Stewart predicts history may repeat itself with up-and-coming local rock band Atlas Road Crew, which released a five-song self-titled EP on Amazon.com and has a handful of Southern rock music videos on YouTube.

“They got their name because they practice over on Atlas Road where the annex building is located,” he said. “We’ve placed their band sticker above the number of the unit where it all started.”

Stewart doesn’t mind cleaning up what fans occasionally leave behind on his daily rounds of the annex. Besides, the band’s rising star undoubtedly will be good for business.

“We offer U-Haul, too, so if they don’t have a van or tour bus, they can load all that equipment up in a U-Haul,” he said. “We try to be a one-stop shop.”

Storing and Organizing Camping Gear When You’re Short on Space

How to Store Hats Correctly

8 Tips for How to Store Emergency Food