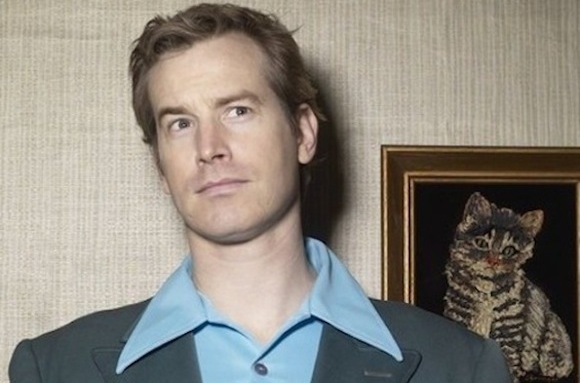 Here’s IFC’s description of the show: “When a straight-laced employee at a storage facility befriends a man he discovers living in one of the units, a friendship blossoms and mayhem ensues.”

Rob Huebel (pictured above) will star as Kurt Jones, “a thrill-seeking bachelor” who takes up residence in a Los Angeles storage facility and shows facility employee Charlie (John Karna) that “there’s more to life than a steady job, a hot girlfriend and suitable housing.”

Viewers may be most familiar with Huebel from his role as Dr. Owen Maestro in “Childrens Hospital” on cable TV’s Adult Swim channel. Karna is a relative newcomer to TV.

“American Storage” is based on the 2006 short film of the same name; the movie was co-written by Andrew Jay Cohen and Brendan O’Brien and directed by Cohen. The duo penned the pilot for the TV series.

Of “American Storage,” Vulture.com wrote: “How has this never actually happened on ‘Storage Wars’? Has it? The premise of this show might be the most satisfying and logical extension of American television today.”

We first told you about plans for “American Storage” back in October. Stay tuned to this blog for more news about the TV show.