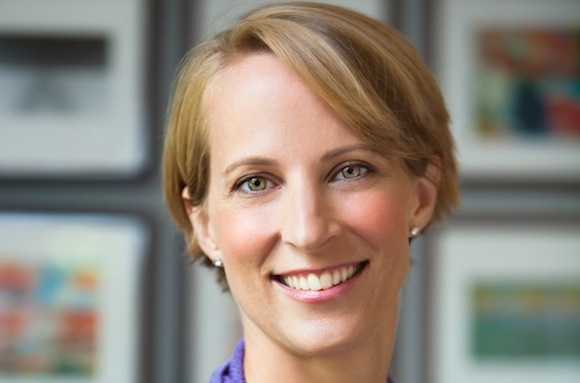 Nicole Anzia’s mission is to organize Washington, DC—one brownstone at a time. Anzia’s popularity has grown strictly by word of mouth among Capitol Hill’s movers and shakers, with a touch of help from her popular Washington Post organizing columns and her impeccable Neatnik.org website.

In an interview with The SpareFoot Blog, Anzia offered insights into the world of organizing in our nation’s capital, and served up advice about how to approach moving and storage.

The nation’s capital seems like such a buttoned-down city. What’s the reality?

The reality in Washington, DC, is that there are a lot more families here now—dual-income families with both parents working, and a lot more kids. And in the city proper, the houses are not gigantic; we have smaller, older houses with smaller closets, less storage and sometimes without garages. All of those factors lend themselves to needing a professional organizer.

Your clients run the government. Why can’t they organize their homes?

It’s a combination. All of my clients are very highly educated, and a lot of them have big, important jobs that don’t allow them time to focus on this. If they have free time, they’re either spending it with their kids or doing something they enjoy. If they have three hours on a Saturday, they don’t want to spend it organizing their closet. Then there are other people who are amazingly accomplished people who just don’t have that skill, just as I’m not a Ph.D. scientist.

What has been your toughest assignment?

I haven’t found anything so completely daunting. There are situations where somebody is getting ready to sell their house—they’ve lived there 30 years, and they want to put it on the market in two weeks. Even that can be done, but it’s certainly working against the clock.

What is the key to a successful move?

While you’re packing up, take the time to really, really make some big decisions about what you want to keep and what you want to get rid of. Don’t pay movers to move things just because you can’t decide. Preparing in advance and being organized on the front end will make the back end that much more enjoyable.

How do you make the best use of storage in a city that’s constantly coming and going?

The thing about a storage unit is to keep in mind how and why you’re using it. If you’re working for the World Bank and you’re going to be moving overseas and you can only take so much stuff—you’re renting your house here but you want to move back in when you return—then, of course, you’re going to need a storage unit in the interim.

But if the storage unit is being used simply because your garage is full and you want to park your car in there, I caution people to utilize it as a short-term solution, but don’t kid yourself into thinking the clutter is going to disappear while it’s in the storage unit. At some point, you’re going to have to make some decisions, declutter and get rid of stuff.

Your daughters are age 5 and 7. What’s the key to keeping a kid’s room from falling into chaos?

You have to have realistic expectations. It’s not going to look like a child’s room in a catalog. It really just takes staying on top of it and working on it a little bit at a time, once a week, a couple times a month, so it doesn’t get to the point where it’s so filled with clutter that you don’t know where to start.

My kids, much to my chagrin, are not neatniks. It’s about setting an example and giving them tools that work to declutter. If you don’t have any bookshelves, you can’t ask them to keep their books neat. If you don’t have enough closet space, it’s going to be hard for them to keep a neat room. You have to involve them in the process and keep expectations in check.

While some organizers advocate binge cleaning, you’re a believer in small bites each day, right?

I am! Every single night before I go to bed, I make sure that the first floor of our house is relatively neat. I’m not picking up every single piece of paper, but I’m straightening up. People always think that 10 minutes is not enough time to do anything, but if you try it, you would be surprised; you can do a fair amount.

All progress is good progress. If you’re going to wait until that one time when you have a full day, it’s not going to be enjoyable at all. You can’t spend eight hours organizing your house.