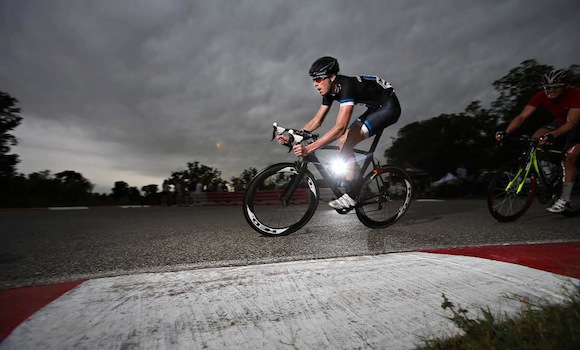 In conjunction with National Bike Month, SpareFoot challenged employees to hop on their bikes, and ride them whenever and wherever they wanted. Participants tracked their mileage through the MapMyFitness app (an Austin product), and then plugged the numbers into a spreadsheet.

‘Meaningful Hobby’
When all the mileage was tallied, Davis (pictured above) reigned supreme. In fact, Davis’ closest competitor was, literally, about 285 miles behind him. For being crowned our bike king, Davis won a custom-made, yellow-and-black cycling jersey emblazoned with the SpareFoot logo. 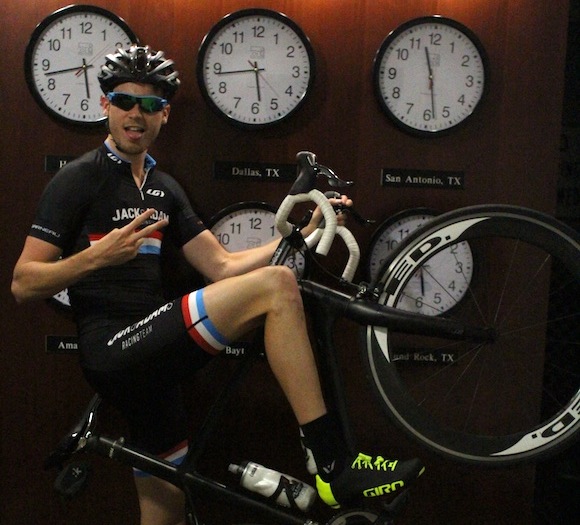 Taking third place was Preston Conroy, a member of our SEO Team. He racked up 167.5 miles in May. For his effort, he received a tube of Chamois Butt’r, an anti-chafing cream for cyclists. Yes, that’s a real product.

“I’m willing to bet that this competition created some hard-core pedal enthusiasts at SpareFoot,” Davis said. “It was very meaningful to me to have my office participate in a hobby that is such a huge part of my life.”

Hard-Core Cyclist
Davis, a member of our Sales Team, certainly is a hard-core pedal enthusiast. Every workday, he maneuvers his Fuji SST 1.0 about seven miles total between his home and our office in downtown Austin. After work, he’ll usually crank out a 35- to 40-mile training ride to gear up for competitions.

Davis caught the bicycling bug as a kid. When Davis was 10, his dad began participating in the BP MS 150, a two-day, 180-mile ride between Houston and Austin benefiting the National Multiple Sclerosis Society. Davis pestered his dad to let him tag along. When Davis was 12, his dad caved in, so Davis got to ride in his first MS 150. 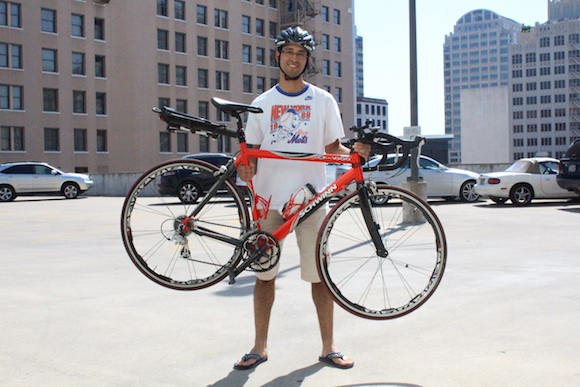 Juan Torres cycled to second place in the SpareFoot challenge.

“I remember riding behind him and begging him to slow down,” Davis said.

Still, Davis was hooked on cycling. At age 15, though, triathlons captured his attention.

“I was always a really active kid, and I had always been into cross-country running, so I thought I’d give it a shot,” he said. “My bike times were always the fastest in my age bracket, and when I discovered the Tour de France, I knew that was the sport I wanted to really dedicate myself to.”

‘Balance of Work and Play’
Davis, who jumped into bicycle racing at age 17, shares a dedication to cycling with Torres and Conroy.

“In the end,” Torres said, “it’s all a delicate balance of work and play. You have to enjoy what you do and really evaluate where your time is going. If something is important to you, then you can always make room for it.” 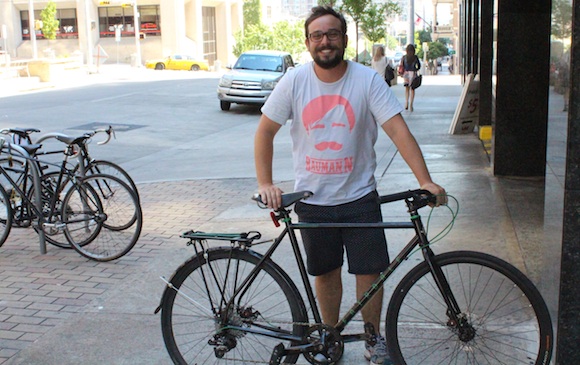 Torres definitely makes room for cycling. Each weekday, he rides his Schwinn CF-1000 a total of 15 miles between work and home. He initially took up cycling so he could compete in triathlons.

“I sold my mountain bike to save up for a road bike and used it mainly for commuting and practice rides,” Torres said. “I decided when moving to Austin that I would sell my car, and committed to mostly getting around by bicycle. I enjoy the exercise aspect of it, and also the sounds and sights.”

Conroy feels a similar pull toward cycling. Every workday, he rides his Fairdale Weekender a total of seven miles between his home and our office.

“Cycling is in my blood. I started riding my bike to elementary school and haven’t ever stopped trying to ride wherever I can,” Conroy said. “I enjoy riding a bike because it shares much of the same sensations as riding a motorcycle. You feel the weather and hear ambient sounds of the city. Being more aware of everything taking place around you keeps cycling to work enjoyable.”

Which U.S. cities are the best for cyclists? Check out our infographic at blog.sparefoot.com/eight-best-cities-for-cyclists.