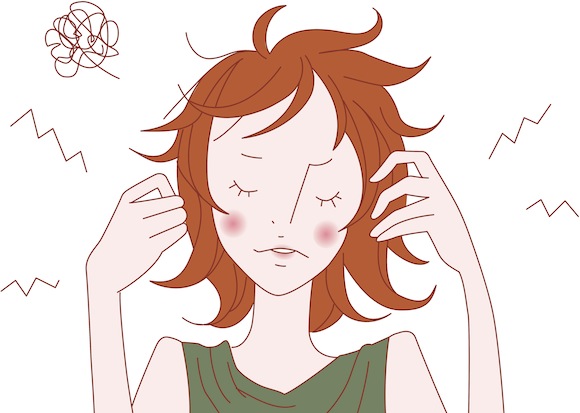 Before hiring a mover to pack everything you own and haul it to a new home four states away, you need to do a bit of research on the company you’re dealing with. That’s a lesson Rebecca Chambers likely won’t forget.

In April, Chambers filed a lawsuit against American Knights Moving & Storage, a Houston company she hired to move her belongings from North Carolina to Florida in February 2013. The suit claims American Knights was unable to perform the job, so the company referred Chambers to a disreputable mover with a criminal history who delivered her belongings a week late, damaged every item and stole her car.

Chambers hired American Knights Moving & Storage a month before her move. However, on the scheduled day of pickup, an American Knights employee told Chambers that a truck wasn’t available. The moving company referred her to Larry Hinnant, a mover who agreed to take Chambers’ household items and her car 600 miles from Youngsville, NC, to Altamonte Springs, FL, for $1,950, with delivery the following day, according to the suit.

Five days later, Chambers—still waiting on the delivery and her vehicle—reported the car stolen. She learned from local police that Hinnant had unresolved criminal cases for theft, along with several outstanding arrest warrants for drugs and bad checks, and his last known address was a “rehab house.” The charges against Hinnant included “posing as a legitimate moving company and stealing valuable items,” the suit claims.

When Hinnant showed up with Chambers’ goods a week after the promised delivery date, her belongings were “thrown all over the truck” and a washer and dryer, along with other items, were missing, according to the suit. A mover who’d answered Hinnant’s Craigslist ad two days earlier allegedly told Chambers that Hinnant was driving her car as his personal vehicle and even had used her registration as collateral for the moving truck.

No ‘Competence’
Chambers recovered her “severely damaged” car two months later, but she never got back her vehicle registration, the suit claims. Instead, she received a bill for $862 from U-Haul for the truck rental; U-Haul is not a defendant in the suit. She still owes a $100 traffic ticket, issued while Hinnant had her car.

The lawsuit demands damages of $13,500 for negligence and deceptive trade practices, and claims American Knights failed to exercise “reasonable care or competence.” That’s because the employee who recommended Hinnant based his referral on nothing but a quick Internet search for local moving companies, according to the suit.

Tips for Choosing a Good Moving Company
When it comes to choosing a mover, “know who you’re dealing with,” said John Bisney, a spokesman for the American Moving & Storage Association.

Most consumers shop online, but choosing a mover isn’t like buying a blender. “You’re inviting people you don’t know to come into your house and take out everything you own, put a padlock on it and drive away,” Bisney said.

So, how can you avoid hiring a mover who turns moving day into a catastrophe? Here are four tips.

2. Get three written in-home estimates. Several BBB complaints against American Knights and First Class Move stemmed from movers raising or doubling fees once they arrived because customers added items not included in a phone estimate. A good mover comes to your home to size up exactly what needs to be moved so you get an accurate estimate, Bisney said.

3. Beware of low-ball estimates. Another common theme in BBB complaints about movers: “They were the lowest estimate.” If a company offers to move you from Atlanta to Seattle for $800, that amount won’t even cover fuel costs.

4. Hire a certified “ProMover.” The American Moving & Storage Association screens its members annually for BBB ratings, proper insurance and federal registration. The association also watches for company websites making outrageous claims, such as being able to move you across the country for $899. “Looking for that ProMover logo is a good start. Your chances go up astronomically of not dealing with a rip off,” Bisney said.