Relocating is no easy task. Add in a moving company that offers a final price you don’t agree with or that delivers broken furniture, and the process can turn into a nightmare.

In 2019, the Better Business Bureau logged more than 5,700 complaints against movers of household goods in the U.S.

While moving troubles can vary, some issues tend to crop up more often than others. The Federal Motor Carrier Safety Administration (FMCSA) lists shipments being held hostage, lost goods, property damage, and delay of shipments among the most common complaints about interstate moves

If you’re upset with the job done by the moving company you hired, you may want to take action—fast. Keep in mind, however, that quick decisions, such as running to file a lawsuit, might not bring the best results.

Follow these five steps to address the complaints you have about your mover and come to a resolution you’re satisfied with.

“The first thing you need to do is to look at the contract,” said Craig Miller, attorney and partner at Simeone & Miller, a law firm in Washington, DC.

Carefully review the terms laid out by the company in the agreement. Certain requirements may be included regarding how to handle issues you have with the company.

The contract may state you’ll need to notify the company of damage and file a claim in a certain period of time, such as within nine months of delivery. It also might note limitations about the amount of money that can be claimed.

“The fastest and most efficient way to work things out is to talk directly to the movers,” Irwin said.

When getting in touch with the company, follow guidelines outlined in the contract. Also, keep a record of your communication with the mover. Note the date you initially contacted the company and describe your complaint. Then keep track of any responses you receive from the mover. 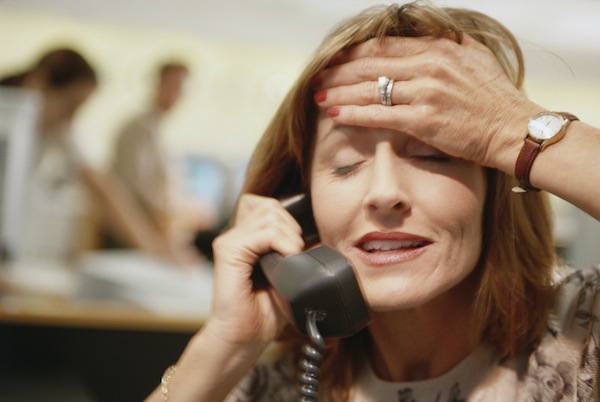 If you’re unable to resolve the issue by dealing directly with the moving company, you’ve got other resources at your disposal.

In the case of a state-to-state move, you can lodge a formal complaint with the Federal Motor Carrier Safety Administration. For instance, if your mover disappears with your goods, you can notify the federal agency, which is part of the U.S. Department of Transportation, of the situation online or over the phone. Depending on the case, the agency may take enforcement action against the mover.

To file a moving fraud complaint with the FMCSA you can:

If your mover is a member of the American Moving and Storage Association, you can notify the group about your issue. “We always contact a member on behalf of a consumer,” said John Bisney, a spokesman for the association.

When you file a consumer complaint with the Better Business Bureau, it will be forwarded to the company within two business days. The mover will be asked to respond within 14 days, and if a response is not received, a second request will be sent. Complaints usually are resolved within 30 business days.

If your mover has made a final settlement offer to you that you’re not satisfied with, arbitration may be an option.

The Federal Motor Carrier Safety Administration requires interstate movers to have a neutral arbitration program in place. Through this setup, a third party helps settle a dispute between you and your moving company. One such program is the AMSA arbitration program which is commonly utilized within the moving industry to help settle disputes.

A fee is charged for arbitration, and it’s usually split between the customer and the moving company. Some moving companies might offer to pick up the charge.

If you’re thinking about contacting a lawyer, “look at how much money is involved,” Miller said.

Say a $200 chair was damaged during your move. If you hire a lawyer to help, and have to pay $400 in legal fees before the dispute is settled, you’ll end up losing money.

For claims involving a small amount of money, you typically can file a lawsuit in small claims court, Irwin said. You won’t need a lawyer to do this, and the fees usually are low.

If, however, the amount of money involved is large enough to justify the expense of a lawyer, it may be in your best interest to seek legal help.

While even the best moving companies might make mistakes from time to time, you can often avoid problems with movers by doing lots of research beforehand and only hiring a reputable moving company. The FMCSA maintains a complaint database of interstate movers, which you can consult before hiring a mover. It is always helpful to check online reviews for red flags before contracting with a mover as well.