Trying to stick to a tight budget for your move? You might be wondering how you’re going to transport all your stuff—from your apple corer to your zero-gravity chair—without breaking the bank.

The good news is that moving companies know all the secrets for keeping costs down. Here are eight tips from pro movers for saving money on your move.

Planning well in advance gives you more options, said Matt McCollum, president of Simple Moving Labor, a Texas company that offers moving help in the continental U.S. He recommends getting a quote for a moving truck and for labor, as well as quotes from a few full-service movers. “Act early,” he said.

Go to ProtectYourMove.gov to research movers, said Mark Walker, vice president of national sales at Graebel, a full-service moving and relocation company. Make sure the mover is a carrier – an actual mover – and not a broker, a company that acts as a middleman, Walker said.

“Moving brokers are trouble in our industry,” he said.

For example, Graebel quoted one consumer about $4,000 to move 4,000 pounds of stuff, he Walker said. She then got a quote from a move broker for $2,300 and went that route. Walker recently got an email from her, saying: “Bad news. My move has been a nightmare.” The broker had sold her move to a van line that hiked her price to $5,000 and held her stuff hostage.

“They’ve taken her to the cleaners,” Walker said.

Has a mover held your belongings hostage? Read this article to find out what you can do: blog.sparefoot.com/6139-what-to-do-if-your-mover-holds-your-belongings-hostage.

3. Be Flexible on Dates.

June is the busiest month of the year in the moving industry, Walker said. “It is crazy season for us,” he said. 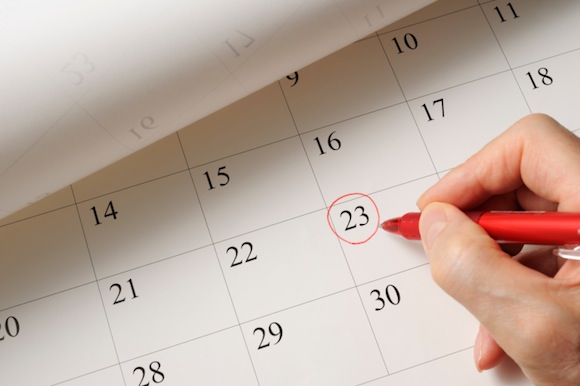 Movers charge peak-season rates between Memorial Day and Labor Day and even more for the very busiest weeks of summer. For example, it would cost less to move during the last week of May than the first week of June, according to Walker.

One of the biggest ways to save money on a move is to do all or part of it yourself. For example:

If you’ve decided on a DIY move, follow these seven tips on how to pack: www.sparefoot.com/storage-tips/7-tips-on-how-to-pack-for-a-diy-move.

5. Ask About a Cheaper Option.

For example, Simple Moving Labor offers pro movers but also offers an economy service, where you can get helpers who aren’t professionally trained movers, McCollum said. The service works well for customers who are comfortable moving items and “just need somebody to grab the other end of the couch,” he said.

On average, it costs about $1.50 per pound to have an item packed and moved to another state by Graebel, Walker said So, say you take 10 pounds worth of old paperback thrillers and sell them to Half Price Books for $20. “Now, you’re $35 ahead,” Walker said.

You also can donate heavy canned food and other pantry items you don’t want to pay to move, Lowy said. “People get in a rush and say, ‘Take everything,” Walker said. “Then they get to the new house and start throwing stuff out.” 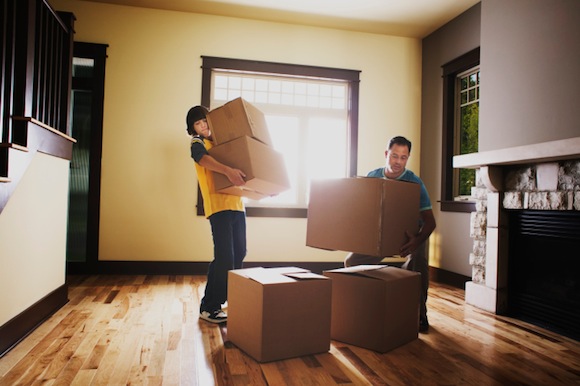 Most grocers and retailers will give away various sizes of boxes for free. Also, when you buy a new flat-screen TV, save the box it came in because buying a custom box to fit your TV can cost $50 or more, McCollum said. Depending on the size of your household, you could save anywhere from $100 to $400 by not buying boxes.

Try to plan the timing of your move so your stuff can go straight from Point A to Point B, Walker said. Storage in transit—when a moving company has to hold your stuff for you—is expensive, Walker said. It could add 20 percent to the cost of your move. Temporarily holding your items in a storage unit costs, too, because you’ve got to pay for a second move from the facility to your home, he said.