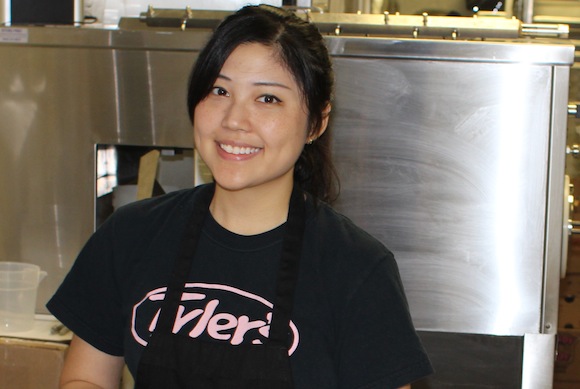 When Lily Youn arrived the morning of July 30 at SpareFoot’s off-site kitchen in Austin, TX, she was bracing for a Gordon Ramsay-style, hot-under-the-collar, screaming-at-the-top-of-your-lungs nightmare. Instead, she was treated to reggae music playing in the background, small talk from the assembled chefs—and bushels of fun but hard work. Definitely not a scene from Ramsay’s “Hell’s Kitchen.”

Youn (pictured at top), a member of SpareFoot’s Amazing Customer Experience (ACE) Team, was one of four SpareFeet who earned the privilege to work as “chef for a day” at our company after winning an in-house contest. At a June 25 cooking class taught by SpareFoot’s chief chef, Ari Dvorin, four two-member teams were assigned the task of concocting a dish from “mystery” vegetables, protein and up to five other ingredients. Two teams tied to claim victory.

As their reward, the four novice chefs concentrated on preparing spring rolls for SpareFoot’s July 30 lunch, which was served to the more than 170 employees at SpareFoot. 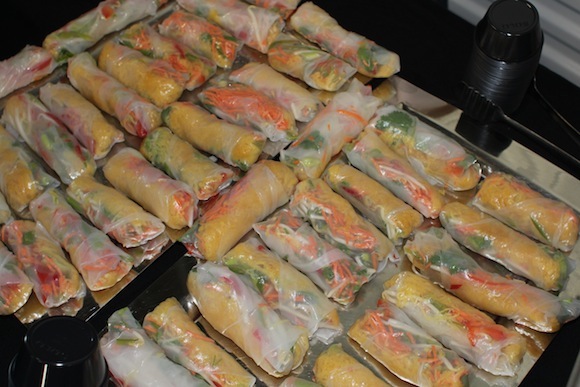 “It was surprisingly time-intensive to make each one,” Gray said. “First, we had to soak the rice paper in warm water, then arrange all of the ingredients, and finally roll it up tightly enough that it would hold together well.”

Gray added: “I think that the spring rolls turned out pretty well, given our amateur ability—though there were a couple of ugly ducklings in the mix, to be sure. If we had the time and ingredients, I’d love to have been able to put in avocado and shrimp in there as well.”

Damani said that as the morning wore on, her spring-roll talent improved.

“But honestly, our rolls were just a medium to eat Ari’s killer peanut sauce en masse in socially acceptable form,” she said. 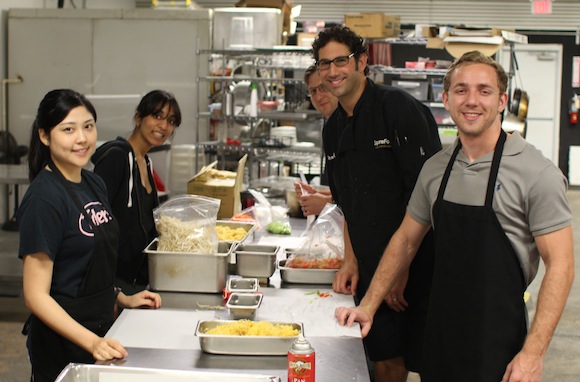 The four guest chefs with our culinary guru, Ari Dvorin (in black outfit on right).

Damani and her culinary cohorts said they developed a deeper respect for the labor that our three full-time chefs, along with Culinary Team aide Matt McCormack, exert to feed the SpareFoot troops every weekday.

“From 8 a.m. to 11 a.m. every day, our boys acquire, prep and transport our lunches to us from a shared commercial kitchen in South Austin,” Damani said. “This doesn’t include the time put into planning and prep the night before. Meanwhile, I’m usually comfortably napping at home for most of that time.”

Barrett said he now knows what it’s like to work in a spring-roll factory (if there actually is such a thing).

“Next time, if I had the chance, I think I would have used foie gras and truffles. And no rice-paper wrappers. So mostly just a pile of foie gras and black truffles,” Barrett said.