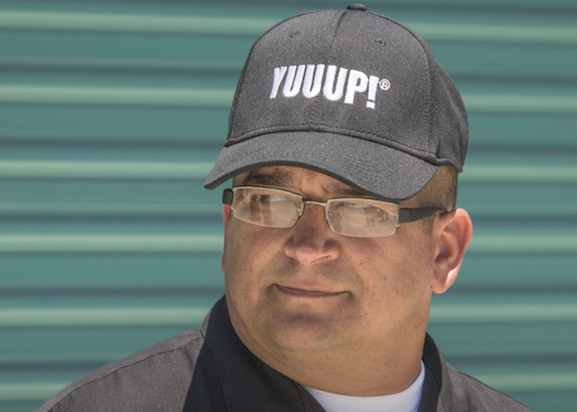 Everyone who tuned in to the Aug. 12 season premiere of “Storage Wars” was waiting for it—the deep, resonant, antagonistic “Yuuup!” that would officially signal the return of storage auction “mogul” Dave Hester. And it didn’t take long for fans to get what they came for.

In the episode’s opening shot, Hester took a seat, looked straight into the camera and let his trademark cry echo through the homes of everyone who eagerly awaited his unlikely return from a two-season hiatus and highly publicized feud with A&E. And as he burst into a maniacal laugh before the opening montage rolled, there was no doubt about it. “The Man in Black” was indeed back, and the tension surrounding his return would dominate the majority of the show’s 30-minute season debut.

Juxtaposing the fireworks that were to follow, auctioneer Laura Dotson opened the episode by cheerfully declaring that the day’s auction would take place in Huntington Beach, CA, which, she said, “is all about fun in the sun.” And since her husband was out of town, Dotson said she was setting out to make her own fun that day.

A few minutes later, auction regulars Jarrod Schulz, Brandi Passante, Darrell Sheets and Ivy Calvin gathered in an Extra Storage parking lot as though the day was going to unfold like any other. But then a black Mercedes Sprinter van pulled up, and all hell broke loose.

“What the hell is that?” someone cried from the gathered crowd. But everyone knew the answer. It was Hester behind the wheel. 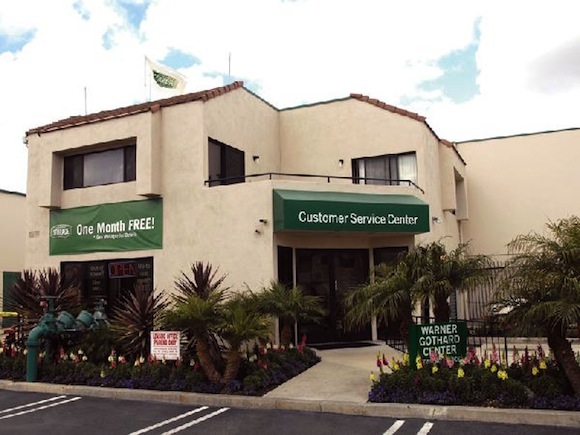 The season premiere of “Storage Wars” was filmed at an Extra Space facility.

For those who may need it, here’s a little background on the Dave Hester hubbub:

After three years of regularly appearing on “Storage Wars,” A&E fired Hester in December 2012 after he lodged complaints that the “reality” show was rigged. Shortly afterward, Hester filed a wrongful-termination lawsuit against A&E, claiming the show was staged and that storage units were being “salted” with valuable items meant to make the show more interesting to viewers (and more profitable for certain buyers).

Hester sought more than $750,000 in damages in the court case. Meanwhile, he cashing in on his aggressive and bombastic TV personality as a traveling storage auctioneer in Southern California.

The wrongful-termination suit was settled out of court on July 11, 2014. And while Hester’s return may have been a watershed moment for viewers, it was far more bitter than sweet for his auction-loving peers.

“So I guess any old lowlife will do, huh,” Schulz declared as Hester got out of his van and strutted across the Extra Space parking lot.

“Why would he even show up?” Dotson asked.

“No shame,” Passante replied. “No shame at all.” 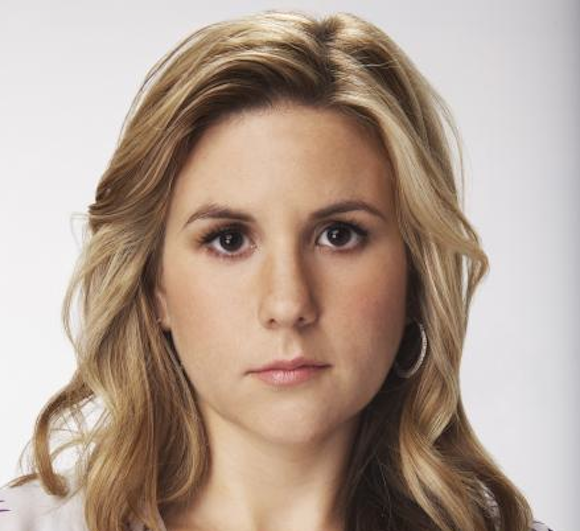 Brandi Passante wasn’t happy about the return of Dave Hester.

“I just got, like, throw-up in my mouth,” Dotson said.

Responding to the barrage, Hester simply walked into the center of the fray and said, “It’s a boy named Sue. How do you do?”

Sporting a black shirt bearing the name of his own auction company, the tension between Hester and the rest of the “Storage Wars” crew was immediate and clear.

“I’d like to rip that shirt off and cram it down his throat,” Sheets told Dotson, adding later that he thought Hester had been “in doughnut rehab … and I wish he’d go back.”

Speaking directly to the camera during one of the episode’s many interludes, Hester said: “These guys have been getting a little soft around here without me. Time to remind them who’s in charge.”

This may have been Hester’s grand re-entry into the “Storage Wars” universe, but he never even got the chance to place a single bid. He was too busy sparing with Dotson, who told him that she had no problem with his presence as long as he didn’t try to promote his auction services while there.

“This is America,” Hester responded.  “I can say whatever I want.” 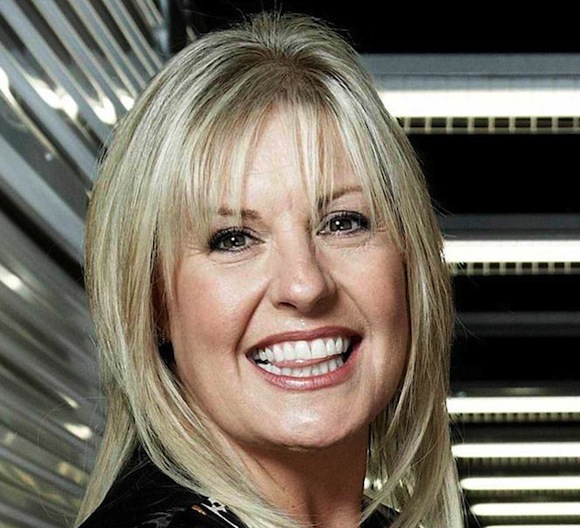 On “Storage Wars,” Laura Dotson kicked Dave Hester out of a storage auction.

And the fighting—which, frankly, felt more than a little contrived and melodramatic—never stopped. Dotson told Hester that he was “a little baby” for showing up on a day when her husband was out of town, at which point Hester told Dotson that she should “see a psychiatrist” and “bring a man to do your talking for you.”

Eventually, Dotson had Hester booted from the facility before the bidding began. But that didn’t seem to bother “The Man In Black.”

“It was kind of exciting to come up here and piss people off,” Hester said. “Kinda brought me a little pleasure. They haven’t seen the last of me.”

The rest of the episode unfolded with boilerplate “Storage Wars” activity. Schulz and Passante found a $7,000 watersport contraption called The Jetovator. Calvin found a bike trailer worth about $600. And Hester, well, he got to interject some more of his signature venom throughout.

“I think they’ve kicked a sleeping bear,” he said after unveiling enormous new “YUUUP!” decals now festooning the sides of his van. “And they’re gonna find out, you don’t want to kick a sleeping bear.” 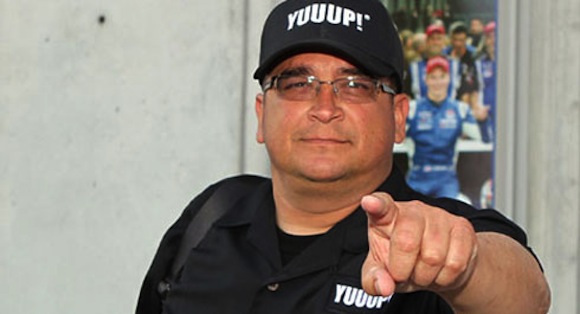 Once again, Dave Hester is up to his in-your-face antics.

It’s quite ironic that Hester—a man who upped his own fame ante after claiming “Storage Wars” is staged—would get such an obviously manufactured and rehearsed welcome-back episode. Of course, it goes without saying that this brand of TV is a far cry from actual reality (even at its best), but the season premiere took the contrivances to an entirely new level, with confrontational dialogue fit for pro-wrestling banter.

The most notable example of this came during the episode’s final minute, as a camera crew followed Hester down a “random” sidewalk while he fumed “extemporaneously” about being kicked out of Dotson’s auction.

“I’m a nice guy. What’s wrong with her,” he deadpanned. “I’ve been kicked out of better places than this auction.”

At that exact moment, Hester bumped into a “random” young man walking by, knocking a bright red soft drink out of his hands and onto the sidewalk. Stunned, the young man just stood in Hester’s wake and called after him: “Dude!”

Without turning around (because cool guys never look back, right?) Hester just put a palm to the lens and said: “Get that camera out of my face.”

If A&E’s “Storage Wars” promotions are any indication, the cameras will be very much in Hester’s face for the foreseeable future.