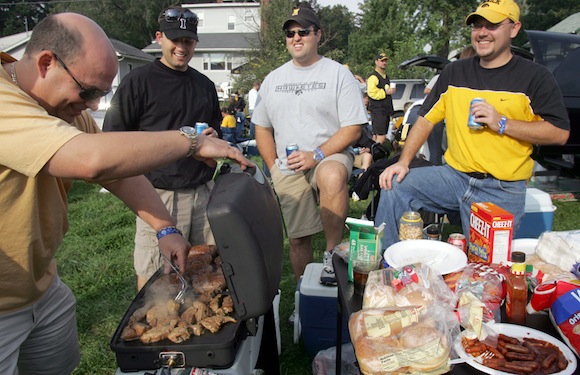 Whether you’ve been tailgating veteran or a newcomer, it’s hard to deny the appeal of meeting up with friends, firing up the grill and getting psyched for the big game.

As relaxing and exciting as tailgating is, it involves a fair amount of work—especially when it comes to organizing and storing the dozens of items that contribute to a successful tailgating experience. To make things a little easier, The SpareFoot Blog talked with three tailgating experts and got their advice about storage of tailgating gear.

Whether you’re packing up for six months or just a few weeks, the most important storage advice is to thoroughly clean, disinfect and dry all your gear—especially any stuff that might contain food residue.

“Just a drop of grease left in the grill is an invitation to bugs and a few grains of salt left the grate can start rust spots,” said longtime tailgater Janet Groene, who blogs at SoloWomanRV.

If you’re putting your grill into long-term storage, consider pressure-washing it to make sure it’s free of food and grime, said professional tailgater Joe Cahn, who runs Tailgating.com.

Between plastic utensils, skillets, tablecloths, first-aid kids, speakers and more, typical tailgating gear comes in many shapes and sizes. Your best bet for small and midsize items is to store them in covered plastic bins. Not only are these bins great for holding an assortment of items, but they stack easily and provide more protection than cardboard boxes.

While it’s tempting to pack everything to the brim, this strategy can become a headache.

“My first time out of the gate, I put everything in a gigantic bin and I couldn’t lift it,” recalled longtime tailgater Cate Bogue, who blogs at Tailgating Guru. Try to evenly distribute the weight of your items and avoid over-packing, especially with bins that contain heavy cooking tools. 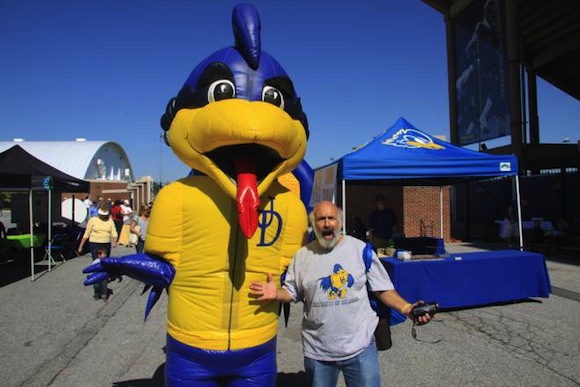 Cahn said you should avoid putting propane tanks, propane, lighter fluid or any other flammable gear or materials into a storage space with the rest of your items.

According to the Propane Gas Association of New England, it’s best to keep your propane tank outdoors, always in an upright position. When it comes to lighter fluid, propane and any other flammable substances, Cahn suggested starting fresh with new fluids each season, rather than storing these substances over the long haul.

Groene pointed out that you should remove batteries in lights and other gear so that a leaking battery doesn’t damage your stored items.

Bogue itemizes the contents of each storage bin and tapes that list to the outside of the bin. At the end of the tailgating season, pore over each list, taking note of which items have been depleted and restocking those items before you pack away the bins, she said.

“Next August or September, there’s no way I’m going to remember what I’ve used and what I haven’t used up,” Bogue said.

Of course, there’s no such thing as an off-season for some tailgating aficionados.

With this year-round tailgating approach, Cahn regularly picks up and drops off different tailgating items at his storage unit. If you have a lot of gear and think you’ll need to access it frequently, take this into account when you’re searching for storage units. Cahn recommended finding a facility with around-the-clock access, or at least one that’s open seven days a week.

“If you need something last minute, you can run in on a Saturday or Sunday at 7 a.m. and grab it,” he said.