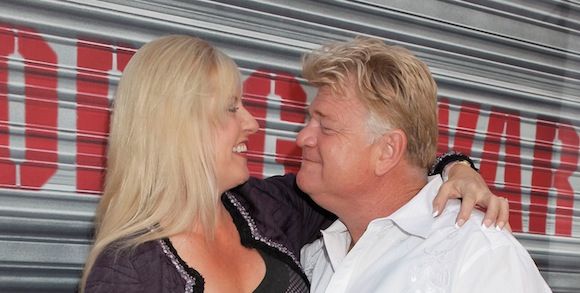 When “Storage Wars” star Dan Dotson collapsed at home from a double brain aneurysm on a Monday morning in June, cameras from the A&E reality show missed his brush with death.

But later, Dotson’s wife and co-star, Laura Dotson, invited a camera crew to the hospital to do some filming for an episode titled “The Daneurysm,” which premiered Sept. 8.

In that episode, Laura told a doctor she performed CPR on her husband after he fell. She learned the lifesaving skill as a Girl Scout in the sixth grade, she told The SpareFoot Blog. Now, the Dotsons have become CPR advocates.

“I owe her my life,” Dan Dotson told The SpareFoot Blog.

In the weeks before his medical emergency, Dan Dotson had some four-Tylenol headaches and a bloodshot eye, but there was no big warning of something wrong.

However, Laura did get a little advance notice of the crisis. “Not a lot of people know it, but she’s just a little psychic,” Dan Dotson said.

They said it was possible he wouldn’t be able to auctioneer anymore.
— Laura Dotson discussing her husband, Dan

The Dotsons said Laura has predicted events in her dreams, including details of how they’d get on TV. Her uncanny abilities date back to a near-death experience at age 15 after a car accident. “I went to heaven and came back,” she recalled.

To read The SpareFoot Blog’s interview with Dan Dotson about Dave Hester, the resident “villain” of “Storage Wars,” visit blog.sparefoot.com/6890-interview-with-dan-dotson-about-dave-hester.

On the morning of Dan’s double brain aneurysm, Laura Dotson said she was blow-drying her hair while her husband was showering when a stern voice spoke to her. 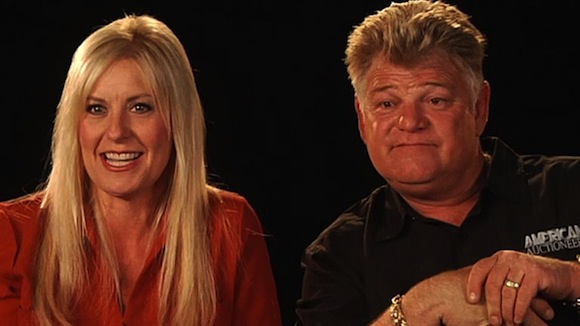 Laura and Dan Dotson are lining up speaking engagements to promote CPR.

“It said, ‘Pay attention,’” she said. “And I looked right in the mirror, and it said, ‘What are you going to do when Danny collapses?’”

Laura Dotson said she tried to brush aside her “stupid thoughts,” but the voice persisted: “You’re not going to panic. You’re going to perform CPR. And you’re going to call 9-1-1.”

At that moment, Dan Dotson stumbled out of the shower. “I was seeing double or triple,” he recalled.

When Dotson crumpled, Laura caught him. She reached for the phone. And she yelled to the couple’s 16-year-old son, Garrett, for help.

Laura breathed into Dan’s mouth while their son performed chest compressions. After about 20 repetitions, Dan regained consciousness just as paramedics burst through the door.

An ambulance rushed Dotson to a local hospital, where doctors ordered a CT scan and found one aneurysm behind his eye. Another ambulance took him to Desert Regional Medical Center in Palm Springs, CA, where doctors found a second aneurysm the size of a peach pit in his neck, Laura said. 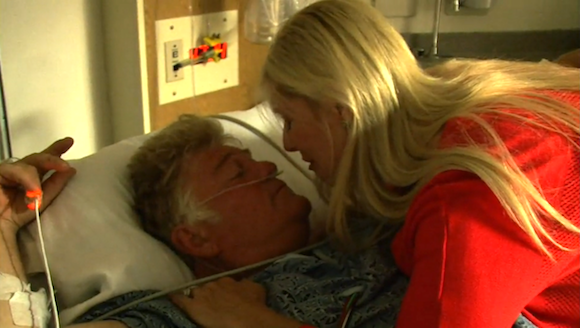 Dotson’s blood pressure was sky high, so he had to wait a day for surgery. Doctors gave him a 50/50 chance of pulling through, the couple said. The medical team also warned Laura that Dan might be left paralyzed on one side, or worse. “They said it was possible he wouldn’t be able to auctioneer anymore,” she said.

The next day, in a five-hour surgery, doctors threaded a catheter into an artery in Dan’s leg and up to his brain. Through the catheter, the surgeons placed a platinum wire coil into each aneurysm to seal it off.

From his hospital bed, Dan practiced his auctioneering skills, Laura said. And just 15 days after surgery, he was back to work as an auctioneer and as a cast member of “Storage Wars.”

“The doctors were just amazed and shocked,” Laura said. “Danny’s a miracle.”

‘I Was Very, Very Lucky’

Back home, Dan Dotson started getting more rest and taking medication to control the high blood pressure that might have caused his aneurysms. And he kicked his habit of smoking up to two packs of Marlboro Lights a day. 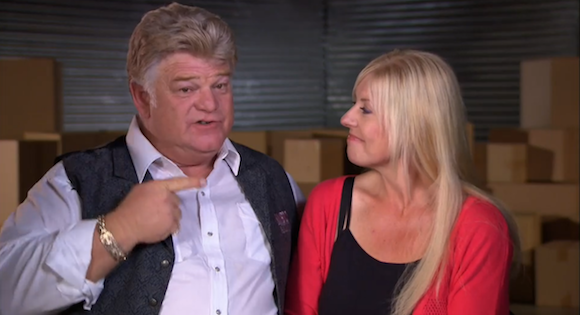 The Dotsons recently celebrated their 14th wedding anniversary, bought antique cars Dan that calls “his-and-hers hot rods,” and have made plans to travel to classic car shows and have more fun together.

Meanwhile, the Dotsons are trying to help others by speaking out—at the end of “The Daneurysm” episode, on social media and anywhere they can—about the importance of CPR and the early warning signs of aneurysm and stroke.

Dan said the easiest way to remember warning signs is through the acronym FAST. If you notice any issues with your face, arms or speech, timing is critical, he said. The Dotsons said they’re in the early stages of setting up speaking engagements and auction giveaways related to CPR and lifesaving.

Dan said he wants to use his good fortune to help others. “I was very, very lucky.”