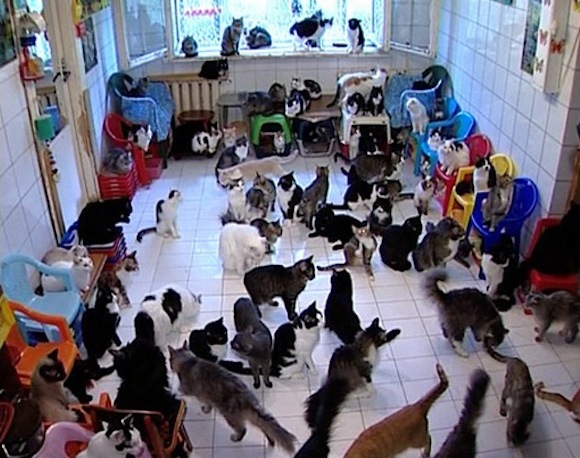 When police officers arrived this summer at Milton Storage Systems in Milton, WV, they had no idea what they were about to discover.

Authorities got a call the morning of Aug. 7 from the owner of Milton Storage claiming a tenant, Tommy “Ninja” Lee, had been living inside his unit along with his wheelchair-bound wife. The real shock, however, came when cops opened an adjacent unit and discovered nine malnourished dogs Lee and his wife had been hoarding for some time.

Milton Police Cpl. Dean Bishop said the floor of the dogs’ storage unit was covered with blood and feces. “There’s no air conditioning in there,” Bishop said. “They had very little food.”

Animal hoarding has consequences for the person who is hoarding, the family of that individual and the surrounding community.
— Simon Rego, Montefiore Medical Center

Unfortunately, stories like this one are far more common than you might realize. According to the Animal Legal Defense Fund (ALDF), a nonprofit that advocates for enforcement of anti-cruelty laws and more humane treatment of animals, it’s likely that more than 250,000 animals a year are victims of hoarders. Moreover, the ALDF claims that reported cases of animal hoarding have more than doubled over the past five years, calling it “the number one animal cruelty crisis facing companion animals in communities throughout the country.”

“We really don’t know the full extent of animal hoarding, but we do know this is a global problem that’s not unique to North America,” said Christiana Bratiotis, an assistant professor at the University of Nebraska Omaha’s Grace Abbott School of Social Work and expert on the psychology of hoarding. “It’s also clear to those of us who come at this from a human psychology perspective that we are dealing with some level of mental illness, and we don’t understand it very well.” 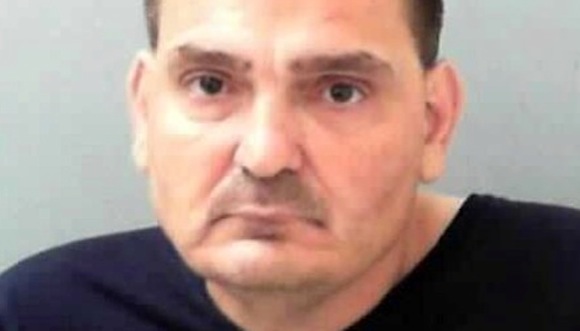 Tommy “Ninja” Lee was accused of hoarding dogs at a storage facility.

What Is Animal Hoarding?

According to Bratiotis, animal hoarding typically is defined using these criteria: 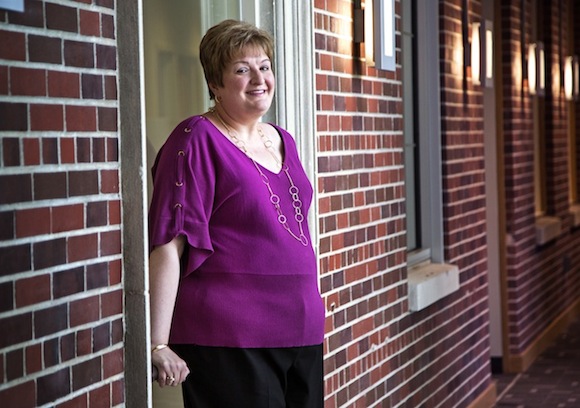 What Are the Common Characteristics?

According to professional organizer Maria Spetalnik, founder of ConquerTheClutter.org, hoarders acquire animals in several ways, including purchasing or adopting them, taking in strays and even stealing from other peoples’ yards.

Spetalnik noted that animal hoarders “often give all of their affection to the animals, thereby shutting out the humans in their lives. This leads to  social isolation, which then leads to the need to acquire more animals, and the downward spiral is formed.”

Spetalnik said hoarded animals often are injured, diseased, malnourished and un-socialized, which leads to fights with each other as well as their human handlers. What’s more, a persistent lack of sanitation endangers the animals and their caretakers. 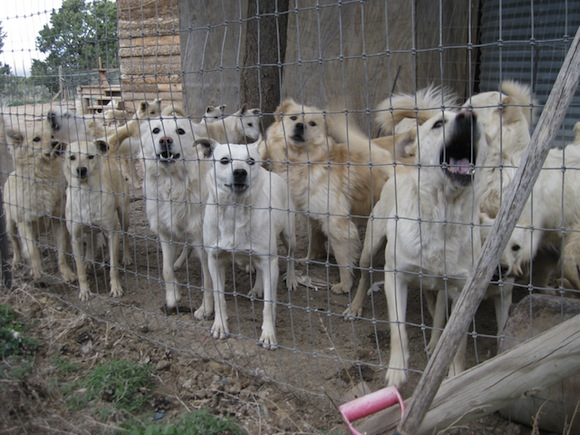 Each year, more than 250,000 animals are victims of hoarders.

“There are often bio-hazardous conditions in the homes of animal hoarders from urine and feces,” Spetalnik said.

According to Bratiotis, that’s because animal hoarders often have an unusually high tolerance for poor hygiene and a delusional sense of their caretaking abilities.

“They sometimes believe they have special abilities related to the animals they have. For instance, you’ll sometimes find people who store deceased animals in freezers because they think they are ‘just sleeping,’” Bratiotis said.

Ashley Bryan, a spokeswoman for the American Society for the Prevention of Cruelty to Animals (ASPCA), said animal hoarders range in age, gender, race and ethnicity, although elderly people tend to be more at risk “due to their own deteriorating health and isolation from community and social groups.”

Even within the field of psychology, the root causes of animal hoarding remain a mystery, said Simon Rego, director of psychological training and the cognitive behavioral therapy training program at the Albert Einstein College of Medicine’s Montefiore Medical Center.

“One theory is that something went awry during a stage of childhood development,” Rego said. “Perhaps there was an absent or abusive or inconsistent relationship with the primary caregiver, which led to a difficulty in forming connections with other people. In turn, animals wind up becoming a substitute for humans.” 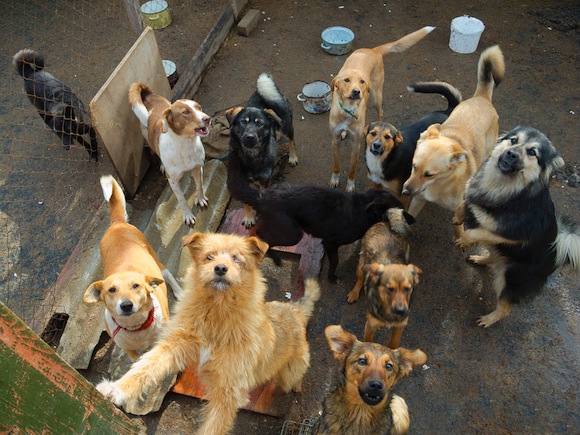 Experts say the causes of animal hoarding are unclear.

Bratiotis said it’s important to distinguish animal hoarding from the hoarding of inanimate objects, which typically is linked to obsessive-compulsive disorder.

“The person who hoards objects may have an obsessive thought that as soon as they get rid of a certain object, something terrible will happen. So they retain the object to eliminate that distress and the obsessive thoughts can then go away,” Bratiotis said. “But we think people are motivated to hoard animals for different reasons.”

These reasons often include an uncontrollable urge to “rescue” animals or to accept the burden of caring for animals that no one else wants.

“The idea here is that someone starts out as a typical pet owner, and then other people start bringing unwanted or rescued animals to this person because the perception is that they will take care of the animals,” Bratiotis said. “So it may start out with one or two animals and suddenly they have 30 or 40. These people are often well intentioned, but it eventually gets out of hand.”

What Kind of Help Is Available?

While animal hoarding still may hold many mysteries and social stigmas, Rego said it’s vital to understand the signs of the disorder and to find the proper resources for people who need help.

“Animal hoarding has consequences for the person who is hoarding, the family of that individual and the surrounding community,” Rego said. “Not to mention the welfare of the animals as well. A hoarder will argue strongly about how much they love the animals, but in most cases you have animals that are actually suffering.”

Because of this psychological disconnect, Spetalnik said, friends and relatives of animal hoarders should approach the situation delicately. 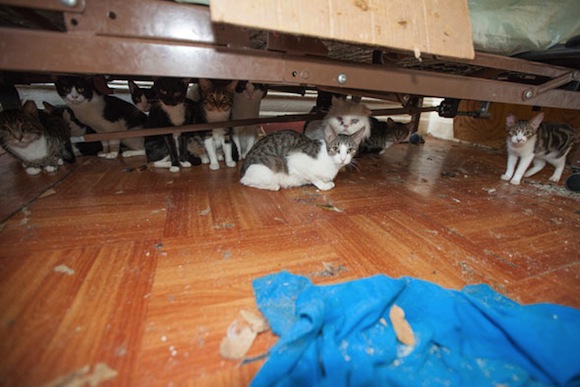 “Never yell at the person, since that will only cause them to solidify their position,” Spetalnik said. “Sometimes the person is blind to the real condition of their animals, so if you take photos and show them to the owner in a different location from their home, they may see the reality of the situation.”

Bryan said concerned people should not only contact the local animal control department if they suspect an animal hoarder in their community but also reach out to social service groups like a department of aging, an adult protective services agency, a health department or a mental health agency.

Bratiotis emphasized that you should avoid unintentionally demonizing an animal hoarder and address the issue compassionately.

“You should try to express your genuine concern and worry for the person’s health and safety,” Bratiotis said. “So maybe you could start the conversation by saying, ‘You have such a way with animals, and it’s clearly very important to you. But it seems that it may be more important than your relationship with others, and I’m concerned.’”

For more information about animal hoarding and possible treatments, check out these resources.