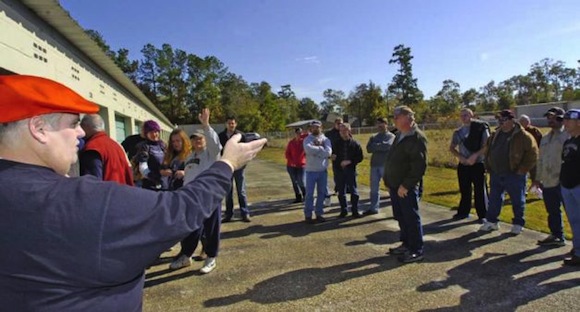 Thanks to shows like “Storage Wars” and “Storage Hunters,” millions of Americans have been introduced to self-storage auctions, yet very few truly know what they entail. So if you’re thinking of getting into the storage auction game, turn off the TV and follow this expert advice on what to expect.

Why Are Storage Auctions Held?

According to longtime auctioneer Richard Schur, chief operating officer of Denver-based Schur Success Auction & Appraisal, storage auctions are a last resort for facility managers seeking to collect what’s owed to them by a delinquent tenant.

“The only way a manager or owner can recoup his losses is by auctioning off the contents of a defaulted unit,” Schur said. “But no facility owner wants a unit to go to auction because it’s time consuming and not nearly as profitable as having a tenant just pay his bill.”

“That’s divorce, death or drugs,” Jones said. “In a divorce, the storage unit gets put to the back burner of concern. With a death, usually the surviving relatives either don’t know about the unit or can’t be bothered. And then with drugs, you have a lot of ‘tweakers’ who move into these units and try to live there until they get kicked out.” 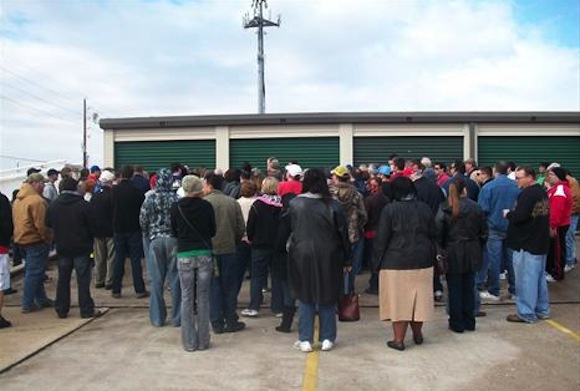 The particulars vary from state to state, but here’s the basic gist of how it works: Once a tenant is 31 days behind on his or her monthly payment, the facility sends a piece of certified mail warning that the unit is in default and will go to auction if the bill isn’t paid within a specified period (usually another 30 days). If the bill still goes unpaid, the facility then must advertise the sale of the unit’s contents once a week for two consecutive weeks in a local newspaper. These ads include a general description of the unit’s contents, the address of the facility, the unit number, and the date and location of the auction.

According to Schur, if a unit sells for more than what the tenant owed, the facility legally is obligated to refund the difference to the tenant.

“Again, this is a last resort,” Schur said. “They are not allowed—by law—to make a profit from an auction.”

Where Are Storage Auctions Held?

Storage auctions most often are held at self-storage facilities.

“If you live in a major metropolitan region, you can probably find an auction happening every day of the week, with the exception of Sundays,” Schur said.

It’s relatively easy to find storage auctions in your area, either through a simple Google search or through websites like StorageTreasures.com, which collects information about storage auctions across the country. 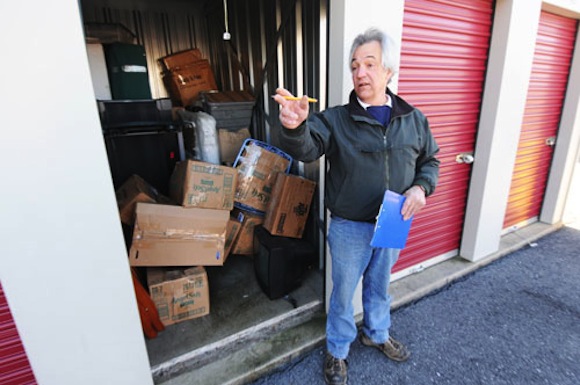 In addition to traditional on-site auctions, several facilities host auctions online through sites like StorageBattles.com, where bidders can compete for storage unit contents in a fashion similar to eBay.

“I think a lot of bidders and facility managers are starting to realize that online auctions are a very convenient option,” said Chelsea Horne, member service manager at StorageBattles.com. “An online auction saves the facility owner time, and it allows individuals to bid from the comfort of their homes without having to travel.”

What Is the Protocol for an Auction Bidder?

Storage auctions typically are informal affairs, but there are a few informal rules to consider.

“You’ll want to show up about a half hour before the auction begins so you can sign in, pay a cleaning deposit—usually about $100—and fill out a registration form,” said Cheli Rosa, an auctioneer at Florida-based Legacy Auction Services. “And make sure you come with cash, because you won’t be allowed to run to the bank or ATM if you win one of the units.”

Once everyone has checked in, the auctioneer guides bidders to one unit at a time, opening the door and allowing them to survey the contents without stepping inside. After a few minutes of gawking, the bidding begins.

“There are no bidding cards or paddles—you just raise your hand if you want to bid,” Rosa said. “And the price of a unit is going to vary. I’ve seen units go for 50 cents and others go for tens of thousands of dollars. Either way, if you win, make sure you know what happens next.”

According to Schur, a winning bidder must empty a unit entirely within 24 to 48 hours. Failure to do this will result in a forfeited cleaning deposit—and a serious black mark on your reputation as a bidder.

“New buyers don’t always realize that they are not buying bits and pieces, they are buying everything in the unit. Nothing gets left behind,” Schur said. “New buyers often underestimate how much work it will take to go through a unit and clean it out, so be prepared to work hard and have a plan for how to unload the stuff you’ve just bought.”

What Can a First-Time Bidder Expect?

The reality of storage auctions is far from the flashy, dramatic environment often portrayed on TV.

“Be prepared to be bored out of your gourd,” Jones said. “It usually takes about 10 to 15 minutes to look at a unit, then maybe a minute to go through the bidding process before it starts again at the next unit. People don’t realize that there’s a lot of down time.” 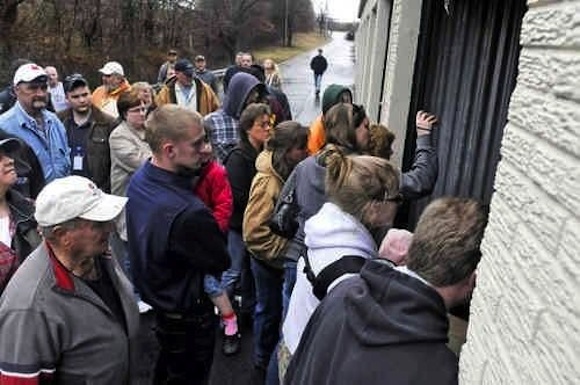 Moreover, don’t expect storage units to be filled with fascinating trinkets and get-rich-quick antiques or collectibles.

“There is, of course, the extremely rare and exciting find, but the vast majority of units are filled with everyday household items like furniture, appliances and tools,” said Michael “Colonel” Powers, president of New York-based Auction Results. “This is the opposite of a get-rich quick business. And remember, if you see a box labeled ‘collectible comics,’ it might actually be filled with Tupperware.”

What Are Some Tips for First-Time Bidders?

If you’ve never attended a self-storage auction before, here are six tips from the pros.

“Just stick your hands in your pockets and watch,” Schur said. “Pay attention to what people bid on and what they don’t. And take note of what types of units fetch a lot of money and which ones don’t.”

“Don’t keep asking to borrow someone else’s flashlight,” Schur said. “Other bidders are your competition, so they don’t want to lend you their tool of the trade to help you make money.”

“If you’re new at this, don’t buy a giant unit that’s packed floor to ceiling,” Rosa said. “Remember that you have to haul everything away in a short amount of time.” 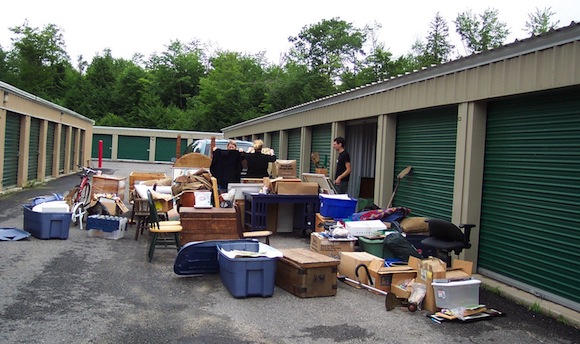 If you end up winning the bidding for a storage unit, “flip through books, go through drawers, feel inside pants pockets,” Schur said. “It’s amazing where things can be hidden.”

“Something I learned early on in this business is to never buy something unless you’ve already sold it,” Powers said. “If you don’t have a buyer lined up, or at least a strategy for selling your stuff, don’t buy. It may wind up costing you more than it’s worth.”

“If it looks like someone just tossed a bunch of stuff in there without any care for how it’s organized, that’s probably not the best unit,” Jones said. “If you’re new to this, don’t take a gamble on what you can’t see.”