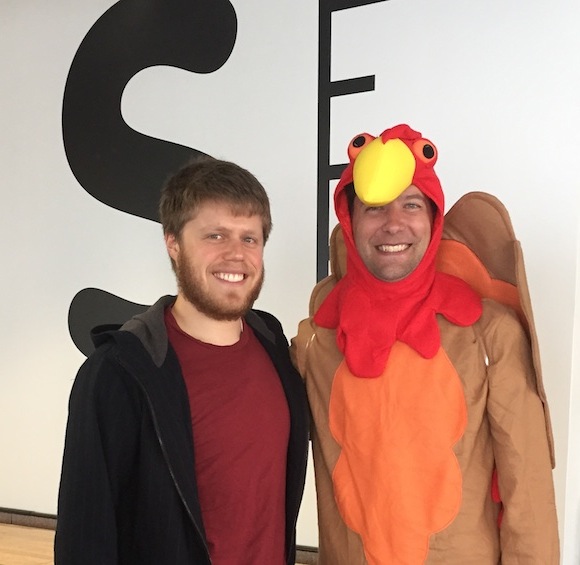 In the past couple of weeks, SpareFoot’s office in Austin, TX, has been overrun by cans of green beans, packages of spaghetti and cans of corn. No, it wasn’t a scene from some terrible science-fiction movie.

During the just-completed SpareFoot CANpaign, we collected about 12 tons of food for the Capital Area Food Bank of Texas, including the green beans, spaghetti and corn. To give you a sense of how much food that is, the average U.S. car weighs about 2 tons.

In all, SpareFoot employees donated 1,620 pounds of canned food and other nonperishable food. Plus, employees contributed $6,552 in cash. When the money and food are combined, we contributed the equivalent of 24,221 pounds of food to the Capital Area Food Bank.

By comparison, SpareFoot collected about 200 pounds of food during last year’s food drive. 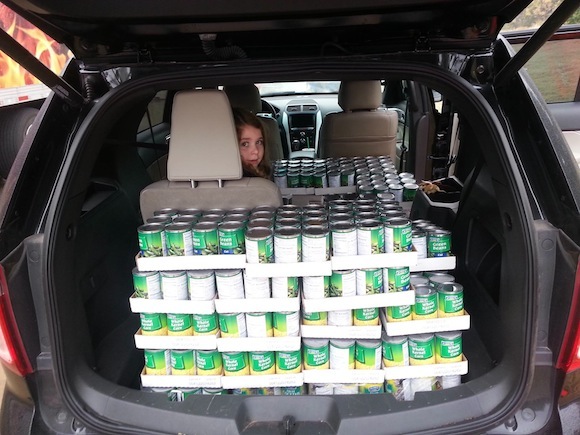 “The amount of money we raised and mountains of food we got donated this time around were mind-blowing,” said Albert Hood, co-leader of the SpareFoot CANpaign and a member of our Amazing Customer Experience (ACE) Team. “People really opened their wallets, cupboards and relatives’ wallets to ensure the food drive was a bigger success this year.”

For the CANpaign, we divided into teams to make the food drive more competitive. The overall winner was Planet of the ACE, one of the ACE teams, with 2,741 pounds—$1,236 in monetary donations (converted into pounds) plus 50 pounds of donated food.

“The enthusiasm that my team demonstrated was mind-boggling,” said Virginia Vetter, who led the Planet of the ACE effort. “As soon as we learned about the CANpaign competition and the good cause we would be supporting, everyone immediately started pulling out their wallets to give what they could.” 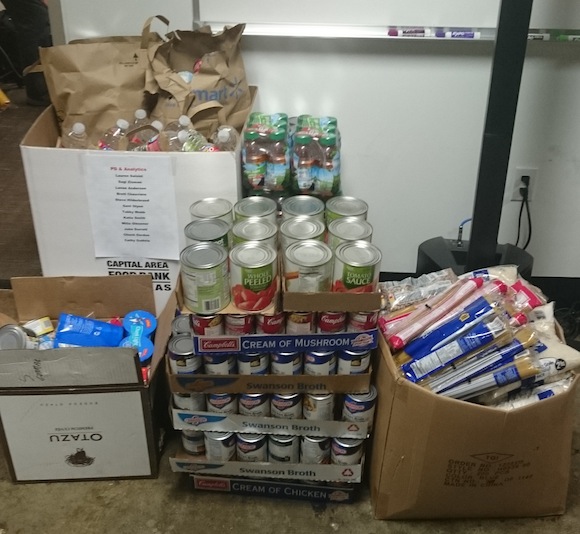 The People Department and Analytics Team gathered the most pounds of food.

Vetter added: “The spirit of generosity and the drive of competition, which are two very common themes at SpareFoot, fueled our efforts and helped us raise the amount that we did. We’re very happy to have been able to make a difference.”

Working as a unit, SpareFoot’s People Department and Analytics Team won the right to put a coworker in a turkey costume by collecting the most pounds of nonperishable food—448. The coworker they picked: Benoit Baudon de Mony, a member of our Business Development Team. (He’s pictured at top with CEO Chuck Gordon.)

As part of our CANpaign, we challenged other Austin startups to collect food and money for the Capital Area Food Bank. Eight startups accepted the challenge: Main Street Hub, The Zebra, BuildASign.com, Digital Union, UnLtd USA, WP Engine, Pingboard and Net Impact Austin. No word yet on how much food and money was collected by the startups. Whatever the final total, hundreds of people in the Austin area will be able to put food on their tables this holiday season.