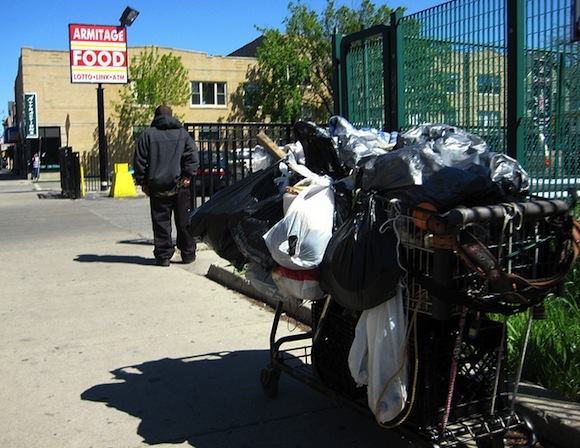 It might not be obvious to most folks, but the majority of homeless Americans actually haul around a lot of stuff, such as birth certificates, clothes, cellphones and keepsakes. But without safe and secure housing, these personal possessions are in constant danger of being lost, stolen or seized. That’s why many cities and organizations are offering places for the homeless to store their important belongings.

‘All the Difference in the World’

“Most people don’t think about this, but the safe storage of possessions can make all the difference in the world for someone who is homeless,” said Jan-Michael Sacharko, who spent five years as development director at the nonprofit Arlington Street People’s Assistance Network (A-SPAN).

The Virginia-based homeless advocacy and assistance group has offered free storage to Arlington’s homeless people since 1999.

“Most homeless individuals actually have very important possessions like IDs and birth certificates that they need to keep safe on a daily basis,” Sacharko said. “If they don’t, it can be devastating.”

Contrary to the stereotype of the wandering, disheveled alcoholic, homeless individuals have cellphones, maybe some cash, a birth certificate and other important documents.
— Tony Bernal, development director at Transition Projects

A-SPAN’s storage operation comprises 30 bins that are part of a larger “drop-in center.” The center provides food, shelter, laundry, mail pickup and shower facilities for the city’s homeless population. Bins are reserved for three months at a time; they usually contain clothes, keepsakes and important documents. As with similar storage centers, perishables, drugs and alcohol are prohibited.

Sacharko said such storage bins, which are monitored regularly by A-SPAN staff and volunteers, are a key to the larger goal of helping homeless people get back on their feet. About 1,000 A-SPAN clients used the storage bins in 2013; there’s never been a time when any of them was vacant. 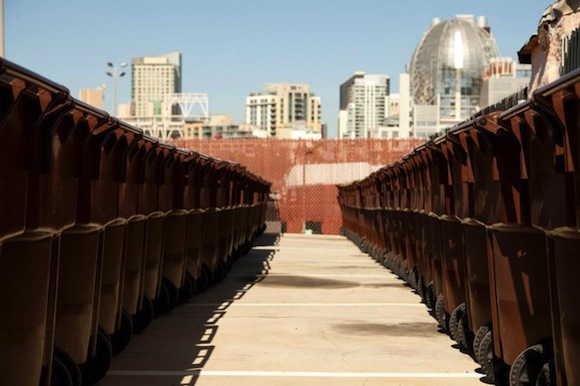 A-SPAN isn’t the only place offering this type of service. Many organizations and cities provide free storage for the homeless, including Mercy House Living Centers in Santa Ana, CA; the Providence Foundation of San Francisco; Chicago and Michiana Five for the Homeless in Illinois; and Transition Projects in Portland, OR.

“If you’re going to a job interview, trying to get housing or just walking around town, having all of your belongings with you can be a significant, and sometimes dangerous, challenge,” said Tony Bernal, development director at Transition Projects.

In addition to many other services, Transition Projects offers 106 storage lockers that can be reserve on a week-by-week basis. Just 14 inches tall and 18 inches deep, each secure locker doesn’t hold much. Nonetheless, Bernal said the lockers are incredibly important to the city’s homeless population.

“This may seem like a small thing to some people, but providing these lockers is essential for helping people obtain housing and income,” Bernal said. “Contrary to the stereotype of the wandering, disheveled alcoholic, homeless individuals have cellphones, maybe some cash, a birth certificate and other important documents. If that stuff gets stolen, it can set someone back for a long time, and these lockers help prevent that from happening.” 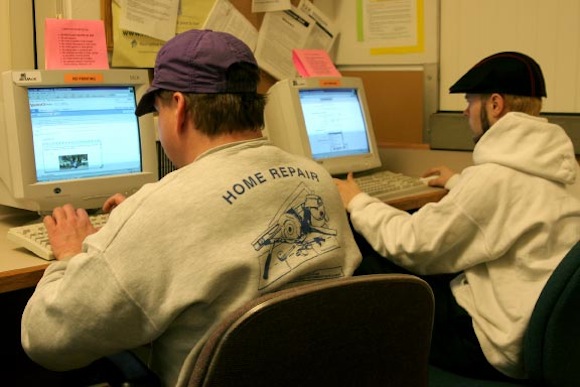 Clients of Transition Projects can reserve storage lockers on a weekly basis.

“The homeless would often leave their stuff all over the city and try to hide it from view in parks, in bushes or behind buildings. But after the [Boston Marathon] bombing, that became almost impossible,” Barbett said. “Suddenly it was chaos as people’s gear was picked up and disposed of.”

To address that situation, a storage facility for the homeless in Madison opened in February 2014, but it’s been in a state of flux since then and its future remains uncertain. At one point this year, an average of 35 homeless people a day used the Madison storage spaces to keep items like backpacks, duffle bags, suitcases, bicycles, wheelchairs and musical instruments.

Barbett said it’s been “a wonderful service that allows the city’s homeless to drop off their belongings in the morning and go about their day without having to carry all their stuff around with them or worry that’s it’s going to be stolen or seized.” 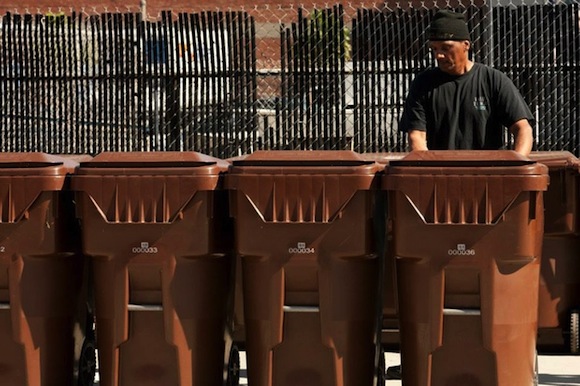 In San Diego, the need for a safe and secure storage facility serving the city’s homeless became apparent in 2009, when the local American Civil Liberties Union sued the city after a series of aggressive raids found city workers seizing and destroying the possessions of dozens of homeless men and women.

In 2011, a federal judge ruled that those seizures were unconstitutional and ordered the city to finance a storage facility for the local homeless population. The result was the San Diego Transitional Storage Center, which is run by the nonprofit Girls Think Tank.

“Not only is this facility an important resource for the city’s homeless, but it’s also good for San Diego on the whole,” said Heather Pollock, executive director of Girls Think Tank.

“We store more than 30,000 pounds of belongings here. Without the storage center, those 30,000 pounds of possessions would be left in front of stores, in parks and out on the streets,” she added. “Not only does that have an impact on what people think of our city, but it also affects people who don’t have a place to store their stuff.”

Pollock’s group provides more than 350 free storage bins inside a secure, gated parking lot owned by the San Diego Housing Commission. The bins can be accessed twice a day with help from a Girls Think Tank employee.

“Helping homeless individuals restore their lives is a multifaceted effort with many different components, and storage is a very important part of that mission,” Pollock said. “The challenge is helping people understand why it’s a benefit to the city’s homeless, but I think we’re getting there, slowly but surely.”

The 5 Best RVs For Full-Time Living

Which is Better For Moving: Plastic Containers or Cardboard Boxes?