Need to furnish a new apartment? Equip your office? Buy a wedding gift? What if you could do it all for free?

Turns out, you can. All you need a little gumption, a strong stomach and a decent dumpster. Still, digging through other people’s refuse can be a hard sell, which is why we’ve brought in a pro. Matt Malone, an IT consultant in Austin, TX, has financed his startup, gifted his friends, decorated his house and outfitted his office—all with stuff from dumpsters.

His hotspot for the best items? Self-storage facilities. Read on for Malone’s top tips and best finds. (Disclaimer: This journalist walked away with a Pier 1 vase and several picture frames.)

By day, Malone is the clean-shaven, straight-edge founder of IT consulting firm Assero Security. By night, the 37-year-old forages dumpsters all over Austin for everything from computer parts to video-arcade games to furniture. He sells his best finds through a Dallas, TX-based eBay retailer, where he makes thousands. He estimates a full-time dumpster diver could pull in $250,000 a year.

Malone might not be ready to quit his day job, but by scouring the trash, he saved up enough to get Assero Security off the ground. “From a money-making perspective, I have built everything out of the trash,” he said. He points out that dumpster diving offers a near 100 percent profit margin and no startup costs.

Malone eschews home décor stores, but not for the same reasons as most men do. Rather, buying items at full cost is a waste of money, he said. When friends request furnishings, he hits up dumpsters outside HomeGoods and Pier 1 stores. “I tell people not to go inside Pier 1 … just wait outside, and they’ll bring it to you for free,” Malone quipped.

But be warned that many home décor stores destroy merchandise before throwing it away. But it’s often a quick fix. For instance, Malone refits glassless picture frames from Pier 1 with Plexiglas pieces from a nearby dumpster.

Self-storage units prove particularly fruitful for home décor. For one, there are no must-destroy orders, so most finds are in good condition. Plus, people frequently move in and out of storage facilities and shed large items as they go.

Malone regularly finds furniture, vacuums, lighting and mattresses, although he recommends steering clear of the last one.

If you’re opening a new office, look no further than the dumpster of your local office supply store. Malone recovers ink cartridges, paper, electronics and trash cans “out the wazoo” at an Office Depot dumpster. He’s also found shelving units, paper and printers.

Self-storage units prove particularly lucrative for office supplies. Malone once found the remnants of an entire auto business, including tool kits, rolling carts, car jacks, floor heaters and uniforms. “It was a business ready to go. That was crazy,” he recalled.

He points out that many storage facilities limit dumpster access to renters.

Malone constantly shares his finds. “It’s hard to go to my house and not leave with something,” he said. For instance, he recently gave materials for building an editing workstation to a Swedish journalist who was visiting Austin.

Still, not everyone is open to Malone’s generosity.

“People are weird. When I give them stuff, they’re like, ‘No, no, I can’t accept that.’ But that’s the fun part of the job for me,” Malone said.

When the Swedish journalist initially refused, Malone had a ready response. “I told him, “I’ll let you pay the same amount that I paid for it.’” In other words, nothing.

Friends frequently accompany Malone on dives, and he leads journalists and even University of Texas students on dumpster-foraging forays.

He also makes new friends in the field, such as Anastasia Torres, a mother of three who supplements her household supplies and income with her finds. On a recent night, the two readily exchanged advice and contact information.

Humans aren’t the only ones who appreciate freebies. Raccoons, possums and a host of rodents appreciate the bounty of a solid dumpster dive. Malone recommends giving these critters a wide berth. Most won’t bother you—but get too close, and you’ll find that not everyone is friendly in the dumpster-diving community.

This one is a no-brainer. Before you dive willy-nilly into the nearest receptacle, keep in mind that dumpsters are, after all, for trash. Malone recommends avoiding those near restaurants and hair salons, where rotten food and clots of hair can sour a solid dive.

He also advises investing in a hardy pair of gloves, a headlamp and rubber boots. His final advice to newcomers? Abide by two rules: 1. Leave the dumpster cleaner than you found it. 2. Don’t break into locked dumpsters.

While most people’s idea of a night out doesn’t involve rustling through others people’s cast-offs, Malone clearly gets a rush from “diving.”

“It’s hard to pinpoint the allure. Is it the eureka moment of a good find, the easy cash or the rewarding act of saving trash from a landfill?” he said.

For Malone, it’s even simpler than that: “It’s just fun, and it doesn’t cost me anything.” 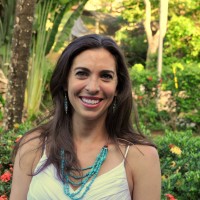