Everyone knows the pandemic has wreaked havoc with the U.S. and world economies, with massive layoffs and closed businesses. But the nation’s self-storage industry has thrived amidst the chaos, according to industry experts, with more growth to come.

“In 2020, we had all-time high occupancies for the industry, driven by unprecedented demands,” he said. “Occupancies were high, and high occupancy enables operators to charge higher rates.”

Still in 2020, the last two weeks of March and the first week in April “were really scary,” Sylvester said.

The unexpected impact of COVID-19

Sylvester pointed out that self-storage’s surprisingly strong performance was tough to foresee.

“We didn’t really know what life was going to look like on the other side of this,” he said. “Basically a year ago, nobody thought they’d be locked in their homes for a year.”

Millions of Americans were preoccupied with how they were going to pay their bills, and keep their homes and jobs. Businesses worried about a potential buildup of accounts receivable, among other things.

After initial lockdowns were lifted everyone took a sigh of relief, Sylvester said.

“We hadn’t seen a big uptick in accounts receivables,” said Sylvester, who also noted that pricing power has grown since lockdowns ended in the summer. 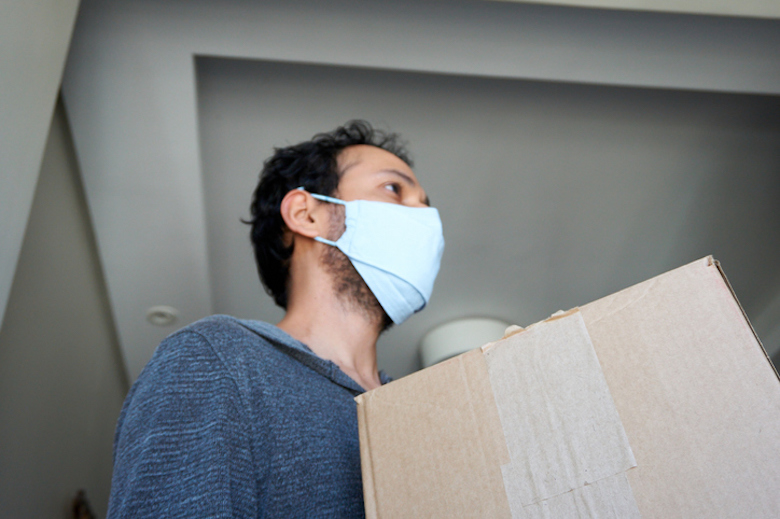 When lockdowns started last March, workers started logging hours remotely from home and their school age children followed suit as schools shutdown. That led many to set up home offices and learning spaces for their children to continue their education at home. Others added a home gym since so many had closed.

These developments often meant moving some furniture from home into storage. Many businesses – such as restaurants, which needed storage space for tables, chairs, equipment and more – also discovered self-storage.

That’s helped pushed industry occupancy rates to new heights, reaching an all-time high of 92.8% in Q4 2020, according to Sylvester.

The short supply and increased demand has resulted in pricing that is higher now than it is usually at this time of year, Sylvester said. Rates usually peak in the summer and are at their lowest in the winter. But in 2020, the December average was 10% higher than that of June through August, according to Radius+ data.

Another big impact of the pandemic has been a shift to automated or contactless operations. As a sense of normalcy returns, the question rises whether storage operators will return to the way things were before.

Springer from Extra Space advocated that self-storage owners keep their managers rather than regarding them as an unnecessary expense in the age of automation.

“The best thing is to have a manager focus on renting out the units. People can sign up on the internet and not even meet the manager, but it makes no sense to pull that person out,” said Springer.

“I don’t see a day coming without managers; they are very valuable,” he added.