SpareFoot launched The Storage Beat blog in March with one goal in mind — to provide timely, compelling, authoritative articles catering to the self-storage industry.

The Storage Beat aims to be a resource for those exploring the industry for the first time, as well as a go-to source of news for storage operators, brokers and investors.

As 2014 comes to a close, The Storage Beat looked back to see which stories garnered the most readers during the year. Here is a countdown of the five most-read stories on The Storage Beat in 2014.

Traditionally, web addresses have been limited to .com, .org, .edu, .net, .gov and specialized extensions for different countries. That all changed when the organization responsible for assigning domains opened the floodgates for specialized domain extensions to be sold on a first-come, first-served basis.

Domains such as .organic, .global, .rodeo and hundreds of others were created with many more requests pending — including one by Extra Space Storage to claim the .storage and .extraspace domains.

As of December 2014, it remains unclear whether the two domains will be assigned to the Salt Lake City, UT-based storage REIT. In its domain application, Extra Space indicates that .storage websites will be offered to “qualified” self-storage businesses.

4. Data company aims to give operators a pricing edge (April) 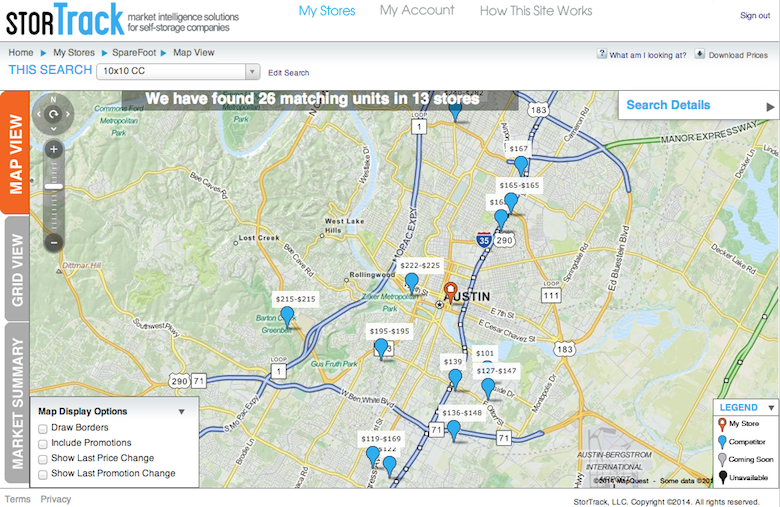 Want to know what your competitors are charging? The founders of StorTrack figured you would. The startup launched in April, offering a browser-based application that provides subscribers with a view of nearby self-storage inventory and rents.

General Manager John Tilley said the company seeks to give independent operators an “immediate view of the self-storage pricing market” on par with the sophisticated systems used by large national operators.

The company provides pricing data to nearly 1,400 self-storage facilities across the U.S. and parts of Canada. Subscriptions start at $49 a month for a single facility. Users include storage operators, property management companies and developers.

In June, The Storage Beat broke the news about what turned out to be the biggest self-storage deal of the year — the $240 million acquisition of 25 facilities by Public Storage.

The facilities cover 1.9 million square feet and 17,000 storage units, mostly in Florida, with the rest in Maryland, New Jersey, North Carolina and Virginia. The portfolio was 90 percent occupied at the time of sale.

The dispute arose from marketing materials distributed by eMove that inflated SiteLink’s prices and misrepresented its services. 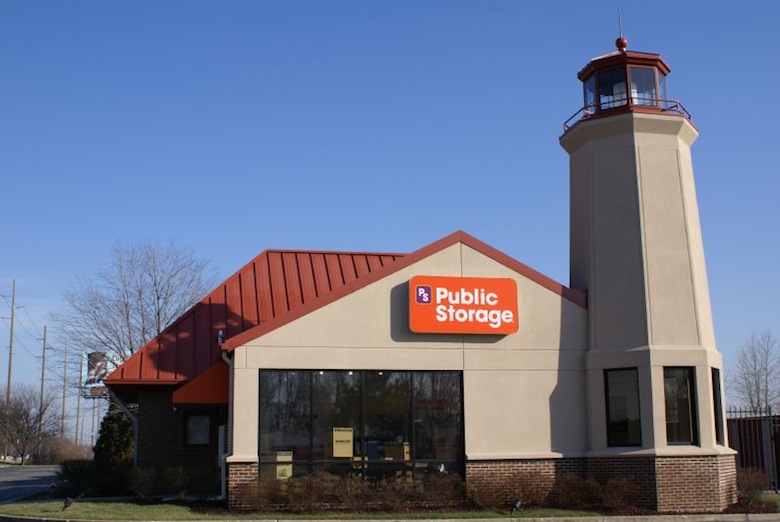 A class-action lawsuit filed against Public Storage over its tenant insurance policies was the most-viewed story of 2014. The suit, filed in Miami, FL, by businessman Colin Bowe, claims Public Storage retains a “substantial portion” of insurance premiums without disclosing that fact to consumers.

The practice amounts to deception, according to Bowe’s attorney, Scott Cosgrove. With many storage operators big and small turning to tenant insurance as an additional revenue source, the case appears to have captured the attention of the industry.

In the most recent action in the case, the plaintiffs filed a motion to have Public Storage’s legal team, the Newport Trial Group, removed for ethical violations. The plaintiffs allege that Newport lawyers solicited a number of Public Storage customers to opt out of the class-action lawsuit — and in one case offered a financial incentive to do so.

Attorneys for Public Storage responded with a motion calling the move to get rid of Newport an “improper tactical ploy.” The motion included a supporting opinion from the Florida Bar Center for Professionalism.

Want to keep up with what’s happening in the storage industry in 2015? Subscribe to The SpareFoot Storage Beat by filling out the subscription form in the top right corner of this page.