Trojan Storage opened a new facility in August, Trojan Storage of San Jose at 1025 Knox Ave., San Jose, CA. It’s a three-story, climate-controlled building with 1,214 units. The new business also is the company’s second location in the area, with another two under construction. 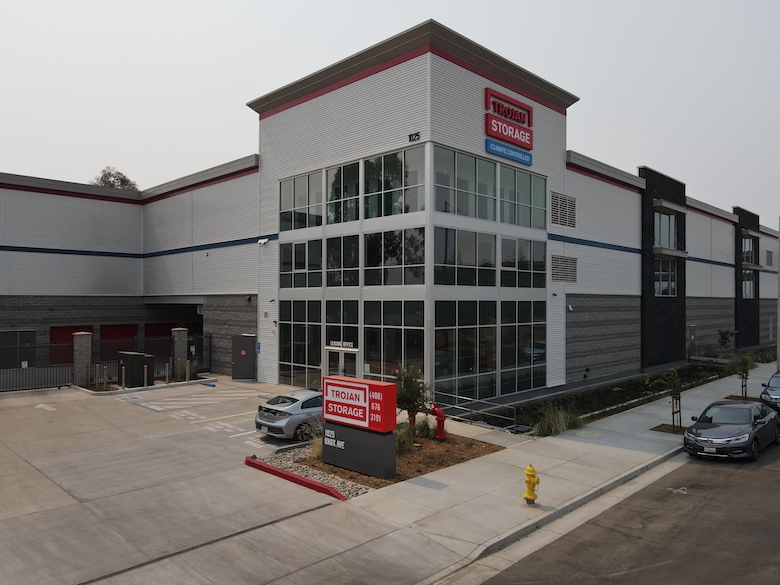 In Florida, the Escambia County Board of Adjustment voted unanimously to drop two appeals that would have saved an 85-inch-diameter live oak heritage tree as well as another 16 trees. The heritage tree stands at 6155 Palafox on the A+ Mini Storage property. W.M. Bell Co. of Santa Rosa County LLC bought the property next door in April. It plans to build a three-story, 16,000-square-foot self-storage property. Source: WUWF

In Pennsylvania, the Lower Macungie Township Planning Commission  tabled a preliminary final land-development plan that called for a coordinated commercial development on a major roadway, with a self-storage facility at 4440 S. Cedarbrook Road. Guardian Self Storage of Lower Macungie LLC proposed the project, saying it would remove the existing buildings and build a three-story, 40,000-square-foot structure with 750 units. Posh Properties is behind the project, which also would include a one-story, 9,100-square-foot day-care building.  Source: WFMZ-TV

Newman Realty Partners, based in Delray Beach, FL completed the entitlements for a 64,000-square-foot tennis center, which will be turned into a two-story, 117,000-square-foot self-storage facility at 20250 East 9 Mile Road, St. Clair Shores, MI. It will have approximately 900 units. Newman had the property under contract in 2019, was delayed by the pandemic, and completed the zoning and site plan approval this year. A REIT bought the property and will start the renovation in Q4.  Source: Newman Realty Partners

In North Carolina, the Henderson County Zoning Board of Adjustment denied a special-use permit for the proposed Crab Creek Mini Storage facility at 547 Crab Creek Road. Applicant Matthew Cooke hopes to build a 125,758-square-foot facility. The property sits on 9.53 acres. Self-storage is allowed in the Residential Two Rural zoning area, but only with a special-use permit. There’s been much public opposition to the project, with concerns about safety, traffic, decreased property values and its size. Source: Hendersonville Times-News

Self-storage, as well as the building of 80 apartments and 14,000 square feet of retail space, may be in the future of the former home of the John Kam Malt and Kiln House on Hertel Avenue in Buffalo, NY. The self-storage component would take up about 40,000 square feet and have approximately 500 units. The building is located at 356 Hertel and 42 Foundry Street, and has 124,839 square feet on 2.37 acres. It was built from 1900 to 1901 for the John Kam Malting Co. Source: The Buffalo News 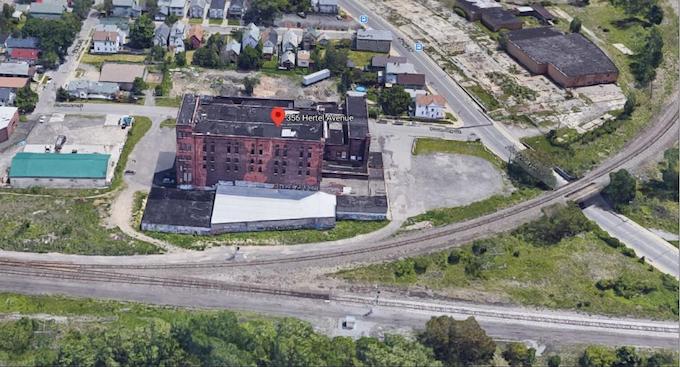 A new self-storage facility will take over the former Shopko building at 4801 Washington Ave., Racine, WI, as soon as mid-spring 2022. The building was sold in late August for about $2.67 million. Cogent Capital Group, based in Wilmette, IL, will develop the facility; renovations will cost about $4 million. Cogent has developed about 30 self-storage businesses nationwide. Source: The Journal Times

In Connecticut, the Stamford Zoning Board approved by a 4-1 vote the plans of Safeguard Self-Storage, which would build a 44,133-square-foot facility at 535 Hope St. It will replace the United House Wrecking storefront. Safeguard prepared a toned-down version of its facility, which the board approved. Source: Fairfield Citizen

In New Jersey, the South Orange Planning Board approved an application for completeness of an 848-unit self-storage facility at Lackawanna Place and Valley Street. A special hearing will be held Sept. 30 to advance the project, whose plans first were presented in August 2020. Source: TapInto.net 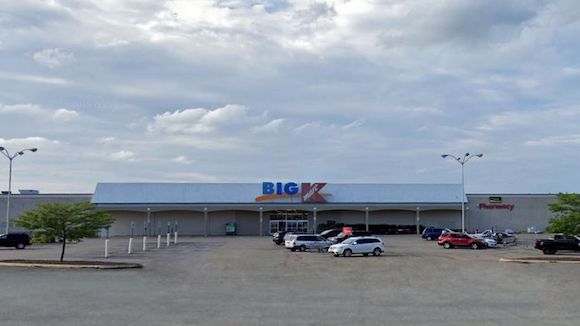 Devon Self Storage will be moving into the former home of a Kmart building at 4100 52nd St. in Kenosha, WI. The site was vacated in early 2020. The Kenosha Planning Board gave initial approval recently, with a second and final approval expected in October. The facility will be climate-controlled. TF Kenosha LLC, an affiliate of Transformco, which bought Kmart and Sears out of bankruptcy in 2019, said it’s selling the building to Inland Real Estate Acquisitions of Oak Brook, IL. Source: Kenosha News

Construction begins soon on a three-story, climate-controlled, 80,000-square-foot U-Haul self-storage facility, to be finished in June 2022, at 2217 4 St. NW in North Valley, NM. The project will include a warehouse for U-Box storage containers. U-Haul of Westside will remotely run the new facility. The company has 18 locations in Albuquerque. Source: Albuquerque Business First

DXD Capital, a private-equity real estate firm, broke ground on an 1,100-unit, climate-controlled self-storage facility at the corner of West Sahara and South Monte Cristo Way in Las Vegas, NV. The company bought the 1.7-acre site in January 2021 with money from its DXD Self Storage Fund I, which is raising $50 million. It’s expected that Public Storage will operate the site, designed by Studio level 1. The contractor is Arco Murray. The opening is scheduled for Q3 2022. Source: Ebeling Communications

StorQuest Self Storage opened a facility at 5701 Mack Road, the ninth store in its Sacramento, CA portfolio. It has 890 units. Source: William Warren Group

In Elgin, IL, the Planning and Zoning Commission voted 5-1 against a 700-unit self-storage facility for the far west side of the city. Plans called for turning a long-vacant property near Route 209 and Randall Road into a facility with five one-story buildings and more than 90,000 square feet. The city council will have the final say. Source: Daily Herald

The Escambia County Board of Adjustment in north Florida meets Sept. 15 to consider the issue of whether or not to save an 85-inch-diameter oak tree from being cut down to build a self-storage building.

Emerald Coastkeeper is appealing to the board, trying to overturn a development order given to A+ Mini-Storage of Pensacola that would allow for removal of the oak tree plus 16 other protected trees at a North Palafox Street site in Brent.

InSite Property Group, based in Redondo Beach, CA, purchased a development site at 11212 Norwalk Blvd., Santa Fe Springs, CA. The company plans to build a four-story, 97,000 NRSF SecureSpace self-storage facility that will have 900-plus units. Residential neighborhoods surround the site, with about 224,000 residents within a three-mile radius. InSite also purchased a development site at 5775 Winfield Blvd., San Jose, CA, located between Blossom Hill Road and Almaden Expressway. InSite plans to put up a four-story, 66,000 NRSF SecureSpace self-storage building with more than 700 units (pictured above).

On July 1, U-Haul bought 6.23 acres of land west of South Canal Street and U.S. Highway 62/285 in Carlsbad, NM, where it plans to build U-Haul Moving & Storage of Carlsbad. The three-story building will have more than 100,000 square feet and 700-plus self-storage rooms with climate-control choices, and will be completed by 2022. Source: Yahoo! Finance

Smartlock Self-Storage bought the site of the now-closed Fancy Flamingo Flea Market, 5181 N. Main St. in the village of Airport Drive in Joplin, MO. It plans to build a self-storage facility there. Source: The Joplin Globe

U-Haul Moving & Storage at Steele Creek, at 1190 Steele Creek Road in Charlotte, NC, plans to add about 700 indoor climate-controlled self-storage units. The facility sits on 10.7 acres and will have 132,840 square feet. Units should be available for rent this winter. The previous occupant moved out in 2017. Source: Johnson City Press

U-Haul Moving & Storage of Palencia is coming to 6810 U.S. Highway 1 North in St. Augustine, FL. The 10.57-acres site will have five stories, more than 130,000 square feet and 800-plus indoor units with climate-control options. U-Haul bought the property on July 8. Completion is planned for 2022. The facility’s offerings will include truck and trailer sharing, towing equipment, hitch installation, movie supplies and more. Source: Yahoo! Finance

In Georgia, the Duluth City Council approved a special-use permit for Legacy Land Holdings to build and operate a mini-warehouse with self-storage units on 2.48 acres at 2695 Buford Highway. The two-story building will have a maximum of 740 climate-controlled storage units. Source: The Atlanta Journal-Constitution

A retail and self-storage facility are going up at 5500 SE 59th St. in Oklahoma City, OK following U-Haul’s buy of the former General Electric Oil and Gas office. U-Haul Moving & Storage of South Sooner will sit on 19.3 acres and have 132,907 square feet. Climate-controlled units will be available. Source: Joplin Globe

Storage Deluxe purchased the Astoria Sports Complex at 34-38 38th St. in Queens, NY for $20 million on Aug. 17 and will convert the 53,550-square-foot facility. Steve Poliseno, owner of the building, had hoped to add an ice rink and indoor soccer field above the existing batting cages, but wound up closing the facility in July. Storage Deluxe plans to add seven stories atop the building and to open with 125,000 square feet of storage by early 2023. The sale ends years of disagreement between the owner and officials in several city administrations. Source: The Real Deal and Sunnyside Post

U-Haul Moving & Storage of Route 12 will be operating soon at the former Kmart store at 74 Worcester Road, Webster, MA, adding more than 750 indoor climate-controlled units to the facility. Services will include truck and trailer sharing plus a retail showroom. The site has 125,737 square feet. U-Haul bought the property June 18. Source: KPVI

The Town of Amsterdam Planning Board approved adding RV and other vehicle parking – about 34 spaces – to the Life Storage self-storage facility at 4786 Route 30 in upstate New York’s Montgomery County. Merit Hill Capital owns the business. The board said the only action required was to amend the site’s special-use permit to allow for a 6-foot-tall fence. Source: The Daily Gazette

Newman Realty Partners of Delray Beach, FL, completed the entitlements for a three-story, 112,000-square-foot self-storage building at 540 SE Becker Road in Port Saint Lucie, FL. It will have about 800 units. Mequity Cos. bought the property and is developing it. Source: Newman Realty Partners LLC

Best Brothers Development of East Aurora, NY completed a $75,000 renovation of a self-storage facility on the south end of the Village of East Aurora. Best Brothers, which is a real estate advisory firm that specializes in hotel development and multifamily properties, bought the former Aurora Premier Storage complex at 426 Olean Road in February for $552,500 from former owners Carl and Coleen DiPierro, who started the business more than 30 years ago. The 20,500-square-foot complex now is called East Aurora Storage. It has 200 inside and outside units. Source: Buffalo News

Acorn Mini Storage, based in the Minneapolis-St. Paul, MN area, opened A2 Art Storage & Services, a climate-controlled facility to store precious art. It has 35,000 square feet of space in a suburb of the Twin Cities. It was converted from a warehouse built in 1970. A2 owner and President M.E. Kirwan and her husband, Chris, president of Acorn, are behind this project, which has private and commingled storage, customizable warehouse space and two meeting rooms. Acorn bought the building in 2019 for about $2.9 million. The company operates 15 self-storage facilities in the Minneapolis market. Source: Inside Self-Storage

U-Haul bought the former Pinnacle Self Storage facility at 4892 Burkhardt Road and opened for business as U-Haul Storage of Riverside April 14 in Dayton, OH. It offers self-storage options, RV and vehicle storage, truck sharing, moving supplies and more. It has 6.94 acres and seven buildings, with a total of 327 units, and is located six miles from the University of Dayton.  Source: PR Newswire

StorageMart, based in Columbia, MO, opened a three-story store with 84,480 rentable square feet at 7240 Shawnee Mission Parkway in Overland Park, KS. All of the units are climate-controlled. Southern Bank provided an $8.8 million construction loan for the project. Source: The Joplin Globe and Multi-Housing News

CubeSmart Self Storage held a ribbon-cutting event as it opened a new climate-controlled self-storage facility at 400 Pio Nono Ave. in Macon, GA. Yitz Radinowitz is the owner. The business is inside a former Kroger supermarket site. Source: WGXA TV