This year, the self-storage industry saw three portfolios trade for well over $1.5 billion each. What did all three deals have in common?

O’Shea, managing director of real estate investment bank Eastdil Secured, represented the sellers of the EZ Storage portfolio ($1.8 billion), the Storage West portfolio ($1.7 billion) and the biggest of them all—the Manhattan Mini Storage portfolio which sold for more than $3 billion. All together the total exceeds $6.5 billion, more than the GDP of Montenegro.

“It’s crazy, it really is, how big and highly-fought after these deals have gotten,” said O’Shea, “These deals in 2021 will be the largest deals in the sector in the last 15 to 20 years.”

In 2021, O’Shea brokered a total of nine portfolio deals with eight different buyers. The smallest transactions started in the $120-$130 million range and then up to the headline-grabbing 10-figure deals.

“That’s a telling commentary on how much new capital has moved into the space over the last several years, and how diverse the buyer universe is,” O’Shea said.

The Storage Beat recently spoke to O’Shea about the market forces supporting these recent mega sales, as well as his secrets to success. The conversation continues below. 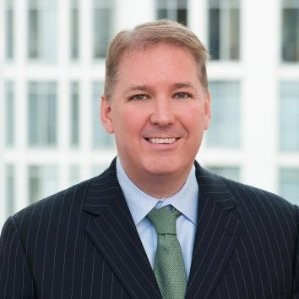 Kieran O’Shea: In the capital markets, there is a lot of exuberance and excitement about the storage space. A significant amount of private institutional capital is flowing in from groups that historically have been more focused on office, retail, residential and hotels. When you have global players like Brookfield, Blackstone, KKR, Invesco, and so many others allocating a piece of their investment pie to storage away from office and other sectors, you are seeing larger and larger deals and the cap rates keep compressing.”

“On the public side it is a similar thing. Public shareholders, particularly the retail investors, are seeing how the storage REITs have performed through COVID and are investing more capital. As the REIT’s implied cap rates are going down, more opportunities are accretive to them.”

How much of an impact has the COVID-19 pandemic had on boosting investment in the self-storage sector?

This phenomenon was happening before COVID. When COVID hit it was like pouring gasoline on the fire. Occupancies went up, delinquency rates were stable. Owners and managers still had the ability to push rates on existing tenants. Meanwhile office performance was dropping significantly, a ton of retailers were in trouble, hotels were getting crushed. Self-storage operating performance was up significantly, with very little capital expense and consistent – and in many cases, growing – cash flows. Groups that were not looking at the sector before COVID hit said this is the sector we need to be in.

How has the market for buying and selling self-storage properties changed over the last decade?

When I first started doing this about 10 years ago, if there was a $200 or 300 million deal everyone sat up and took notice. In 2013, we had a $315 million portfolio deal for Morningstar and Harrison Street that sold to Public Storage. At the time it was the biggest storage deal in years, and was at an eye-popping cap rate.

Now those deals can fly under the radar as there are numerous deals in that size range. We signed a contract on a $300 million deal on the same day that Storage West was announced and I feel like it was an afterthought for the market despite the fact it was an unbelievably great transaction that was a few years in the making.

When I first got into the sector, the buyers for larger deals were public companies like CubeSmart and Public Storage, and maybe three to five others. If you had a deal you packaged it up and showed it to those buyers and moved on. As the sector has become more institutionalized, there are dozens and dozens of potential buyers out there.

The bid sheet for deals is now filled with a variety of buyer types, often new and well-capitalized institutions…and that is the sweet spot for Eastdil, as our relationships and ability to access institutions worldwide is unparalleled. As storage became more institutionalized over the last decade, I feel like we’ve grown up in lockstep with it.

What’s the secret to your success?

It’s just getting out and meeting people and then really focusing on doing a good job on the deals we are executing. Our team is involved in every detail of every deal from the beginning to the end because we want the buyer and seller to feel like we ran a flawless process. If you treat everyone the right way and make your clients happy, it leads to the next opportunity.

We’ve also had fantastic clients with fantastic products. And a lot of those clients have become good personal friends. It’s fun – there’s not a better group of people across the board than the people in the storage space.

Tell me more about your team at Eastdil. What goes on behind the scenes when making one of these major deals?

We have the full support of the Eastdil platform, which is a huge advantage for our business. While we have nine people on the storage team, we also have professionals across our global platform that assist in origination and execution. Our NYC investment sales team and Corporate M&A teams were critical for Manhattan Mini – that deal doesn’t get done without the Eastdil ‘gang tackle’ approach.

The Storage West sale involves a public company so our Corporate M&A team was critical on that process as well. Our debt team is fantastic – it is the clear leader in commercial real estate and gives us another arrow in the quiver to help clients. These are things our competitors don’t have – a debt team, office sales team, a corporate M&A team—it’s a full advisory platform that works together.

How did you get into self-storage. Did you seek it out or fall into it?

We were asked to compete in a pitch for the Morningstar sale in 2013 and I raised my hand internally. We won that pitch and got that business. As part of that process, I realized this was really becoming an institutionalized sector, moving away from just the mom and pops. I thought it was worthwhile to spend time in the sector meeting people and understanding the business fundamentals and operations. It just kind of evolved from there.  I made a comment last week to someone internally that my professional career had grown up with the business, and that the smartest thing I ever did 8 years ago was realize the smart investors like Heitman, Blackstone, and Carlyle loved the sector…so I should too!

Back to these recent deals. What is undergirding these record setting values? What do the buyers see?

“It’s a number of things. The storage business has very little capital expense burden and low relative turnover, with almost zero re-tenanting cost. A tenant decides they want to move out, you go in and sweep it out and you can rent it an hour later, which is a lot different than apartments or office.  And the sector is incredibly resilient and defensive – the performance of storage through COVID speaks for itself.”

“Storage has very durable cash flows. You’ve got captive tenants and potentially significant rent growth in good times, and stable performance in bad. If you are paying $100 for a storage unit there in Austin, and they want to raise rents 10 percent and you got to pay $110, it is probably not worth it to you to rent a truck and move your stuff out to move to another place down the block that is $104 a month.”

“Of course you can have net negative rent growth, but you never really go from 94 percent occupied to 60 percent overnight like you can in an office building or if a grocer goes dark.”

Where are we at in the market cycle? Are we in or entering a phase of irrational exuberance?

“I do think we will be in a very strong storage market for the short and medium term. I come back to the amount of capital that wants to be in the space. There is a slowly growing pool of assets, but you have many more dollars chasing that somewhat finite pool. There has been new supply but, in most places, not a destructive amount. There was worry pre-COVID about the supply pipeline causing rents to suffer, but that has not proven to be the case.  And now, with supply chain disruptions and material and labor costs way up, building is even more difficult.”

“I don’t see any clouds on the immediate horizon right now. I think operating fundamentals will decline on a relative basis, just because they were so strong during and right after the COVID shock. So you might see five to eight percent revenue growth instead of 10 to 12 percent growth, but any sector would love that kind of ‘slow’ growth.”

The amount of volume this year has been record-setting. I think the higher than average volume is going to continue, just not with the same size of deals. I think we are going to see a lot of deals in the $200-$600 million range: sub-billion-dollar deals but certainly big enough to get people’s attention.