Alfred Hitchcock can relax: The Eastern Whippoorwill birds will be safe when Pro Self Storage expands its facility at 306 Concession 13 East in Midland, TX. Pro Self Storage hopes to add six buildings totaling 12 storage units to be placed in the rear of the existing property. 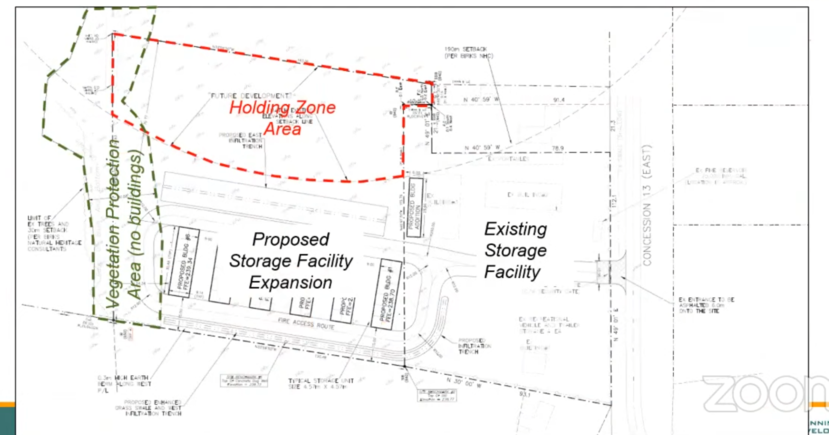 Residents and the applicant, Shawn Freer, raised concerns over potential negative impacts on the Eastern Whippoorwill, which is on the threatened and endangered list. The developer has said the proposed expansion would be located outside the area of concern. Source: Midland Today

Doug Duncan, co-owner of Ellettsville Affordable Self-Storage in Ellettsville, IN, plans to add five storage buildings totaling 112 units and 23,600 square feet. The largest one will be for RVs and boats. He and co-owner David Hays already have 30,000 square feet of storage space, some of which is climate-controlled. The new units, which will take up about 2.5 acres of the 10-acre site, will be north of the current units. Duncan hopes to have the new units ready by April. The Ellettsville Plan Commission unanimously approved the project. Source: The Herald-Times

Merchants Retail Partners seeks to build Crozet Storage at the intersection of Route 250 and Crozet Avenue in Albemarie County, Virginia. It would have a three-story, 90,000-square-foot building. Danny Yousef owns the property, which sits on 2.5 acres, and Andrew Lewis is senior development director for Merchants Retail Partners, the developer. In January, the applicant turned in a revised site plan to the county with substantial revisions, as sought by the Albemarie Architectural Review Board. Source: Crozet Gazette

MHG Storage, based in Indianapolis, IN, hopes to build a self-storage facility in Cherry Road Plaza at 1460 Cherry Road, on the east side of Military Trail, near West Palm Beach, FL. The commercial center already has a furniture retail store, an auto business and a car wash; the land in the rear of the plaza is vacant. Sanjay Patel, CEO of MHG, has the remaining 5.85 acres under contract from Aatc Realty LLC, owned by Christopher Lago in Boynton Beach, FL. The developer wants to change the site plan to allow 162,350 square feet of self-storage and 10 more parking spaces. There would be two three-story buildings of 116,350 and 47,000 square feet. Source: South Florida Business Journal

U-Haul has transformed the former Maiers Transport & Warehousing facility into U-Haul Moving & Storage of West Side, at 700 54th Ave in St. Cloud, MN. For now, customers can get truck and trailer sharing, boxes, moving supplies and towing equipment from a temporary showroom. A new retail showroom and hitch-installation service soon will be offered. The land was bought Dec. 28 and will be home to an 82,864-square-foot building that will include about 650 indoor, climate-controlled units. The property sits on 17.83 acres. Source: KNSI Radio

In Georgia, the Hall County Planning Commission voted to postpone Friendship 24 LLC’s request to rezone property at 1639 Friendship Road to enable a 24-acre development, to be called Premier Storage. The vote has been moved to March 7. The development is slated for about 243,5000 square feet of self-storage buildings, with about 10 acres of parking for RVs, boats, automobiles and box trucks. The Hall County Board of Commissioners will have the final say on this rezoning request.  Source: Gainesville Times

Stack-N-Stor opened a climate-controlled self-storage facility on Rock City Road in Milton, NY, near Saratoga County Airport. It has more than 600 indoor and outdoor units. The company plans to open facilities next year in New York’s Rotterdam and Patterson. Storage Asset Management, based in York PA, will manage the properties. Source: Stack-N-Stor