Go For It Storage purchased a 101,213-square-foot Total Storage business at Dallas Hollow Road and Hixson Pike in Lakesite, TN, for $9 million from a Charlotte, NC-based storage company. The 4.9-acre site includes 13 concrete and metal buildings. Southeast Storage first bought the Lakesite complex at the end of 2020, about a year before the recent transaction. Source: Chattanooga Times Free Press

Andover Properties (dba Storage King) purchased Crossroads Self Storage in College Station, TX. The facility has 89,000 square feet across 875 units, the majority of which are climate-controlled, plus 18,000 square feet of open parking. 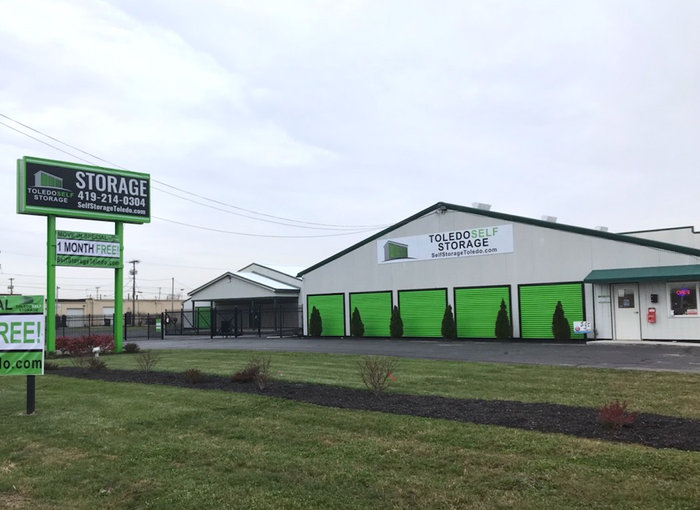 Jesse Luke of EquiCap Commercial and Stanley Stein of JDS Real Estate Services Inc. and Ohio broker of record, announced the closing of Toledo Self Storage (above), 6115 Telegraph Road in Toledo, OH, which has 38,000 NRSF across 380 units on 11.63 acres.

Also, Scott Rihm and Jesse Luke of EquiCap Commercial announced the closing of Algoma Self Storage at 1600 Mueller St. in Algoma, WI. It has 14,950 NRSF, with 94 units on 1.33 acres.

In addition, the LeClaire-Schlosser Group of Marcus & Millichap arranged the sale of CubeSmart Self Storage (managed) in the Clear Lake area of southeast Houston, TX. The two-story facility has 802 climate-controlled units across 93,715 square feet, sitting on 3.5 acres. The brick façade facility originally was an office building built in 1985. It was converted to storage in 2018. Dave Knobler, senior vice president investments in Marcus & Millichap’s Houston office, and Charles LeClaire, executive managing director investments in the Denver, CO office, had the listing. The seller is a Texas-based LLC.

The LeClaire-Schlosser Group also arranged the sale of Karam Self Storage in Galveston, TX. Dave Knobler and Charles LeClaire had the listing. The seller is a Texas-based LLC. The facility has 47,080 square feet across 439 climate-controlled units and Events @ The Tasting Room, which takes up about 13,000 square feet. The site previously housed the historic Fallstaff Brewery built in 1905. It was converted to storage in October 2019.