Both projects will offer about 75,000-square-feet of space inside of 500 units, 90 percent of which will be climate controlled.

The facility at 9300 Fayetteville Road in Raleigh, NC is tentatively scheduled to open in January 2016 under the name South Wake Storage.

The other facility, named Durham Self Storage, is located at 1651 TW Alexander Drive in Durham. It is scheduled to open in the spring of 2016. The facility is located within the Research Triangle Park, which is home to 190 companies that employ more than 50,000 workers.

“Getting recognized for this award is huge for us and the town,” said company principal Manoj Bhatia. “The town is pushing for growth.”

The family-owned business was founded in 2005. It developed three facilities in Fayetteville, NC, which were managed by Extra Space Storage until being sold to a national buyer in 2013.

Self Storage @ Centerra, located at 5225 E. 37th Street in Loveland, CO is a few weeks away from opening with its first phase of 500 units, which cover 50,000 square feet. The facility is owned by Jordan Todd of Alpine Moving Company and business partner David D’Erlanger, according to the Reporter Herald. Lee Frederick, owner of Grow Your Storage, is also a partner. 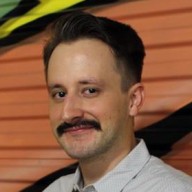