When founder and CEO Silvia Maria Camps recently broke up with a boyfriend, she struggled with the challenge of finding storage for her belongings.

“I thought to myself – this should be easier, why should people be spending time with the hassle of storage and the inconvenience of getting a truck?” Camps said. “So when I founded the company, I scratched my own itch. Our focus is making life more simple for people.”

Camps and her family founded Miami-based Stow Simple in early 2015 and spent a few months building the software component. The company became operational that summer. Camp is also president and founder of Brand Development Group, a business consulting and marketing firm.

The premise behind the company is offering valet storage at self-storage prices, according to Camps. Rather than have customers bring their belongings to them, Stow Simple takes care of pick-up for its customers. Belongings are taken to a warehouse, where they are packed and stored by Stow Simple.

Stow Simple will take anything under 200 pounds and offers bin storage as well so that belongings can be stored in itemized stacked bins.

Similar businesses have taken flight in urban markets across the country, some with their eyes on national expansion.

For now, the family-owned company is concentrating on the Miami market, particularly in core urban areas. Camps is hoping to expand into Broward County and eventually throughout the state and country as well.

“Right now our emphasis is on customer service and offering an unparalleled experience,” she said. “Our focus is on pleasing the customers we have before growing too quickly.”

The first few months of starting the business were educational, she said. But growth has been steady, and mainly by word of mouth, some television advertising and partnering with different companies to help spread the word.

“People are used to the traditional model of storage,” Camps said. “We are still not winning the battle of education yet. It takes a while for people to understand the unique value and convenience of on-demand storage.”

The need for such a service in the Miami market is strong because of the dynamics of the population, she said.

“A lot of people are downsizing. The elderly might not have the ability to move,” Camps said. “There’s a huge percentage of seasonal storage users who rent out their places for a few months out of the year and store their things during that time.”

When researching the company, Camps found that there was a scarcity of service and that customers felt they were not getting the level of service they desired.

By renting out a climate-controlled massive warehouse outside of Wynwood, Camps believes that Stow Simple is able to pass down savings to its customers.

“It’s the idea of shared collaborative consumption,” she said. “We’re sharing the costs about many people, who are only paying for what they’re using.”

The model is more flexible than say renting out a 10×10 storage facility for a year.

“You only pay for what you’re using,” she said. “And you can get your items back within 24 hours. It’s all about flexibility and convenience.”

For example, Stow Simple’s first customer was an elderly woman who had been kicked out of her house and had to move in with her daughter. She had no one to help move her things into storage. Camp also cites the example of women who had been in battered and abusive relationships that needed to get out of their homes quickly.

“It’s such a relief for so many to not have to deal with moving their belongings into storage,” Camps said.

The company prides itself on its efficiency in storage.

“People aren’t always making the best use of their storage facility,” Camps said. “One lady had two units because she wasn’t storing things properly. Now, it’s more efficient and she’s paying half of what she was paying before.”

As of mid-March 2016, the facility was at between 60 and 70 percent capacity. Camps is starting the search for another warehouse space. The business is bilingual with customer service in both English and Spanish.

Another reason Camps believes Stow Simple has been able to gain traction quickly is its family-based model. It has no other investors.

“I’m the person who customers talk to when you call, and my brother does the pick-up,” she said. “It’s either myself or my brother that personally deals with every customer. As a result, people feel that their things are with people they can trust.”

While Camps is realistic enough to realize that may not be sustainable as the company grows, she still wants to maintain that level of trust as much as possible.

“We see ourselves more in the people-pleasing business more than anything,” she said. 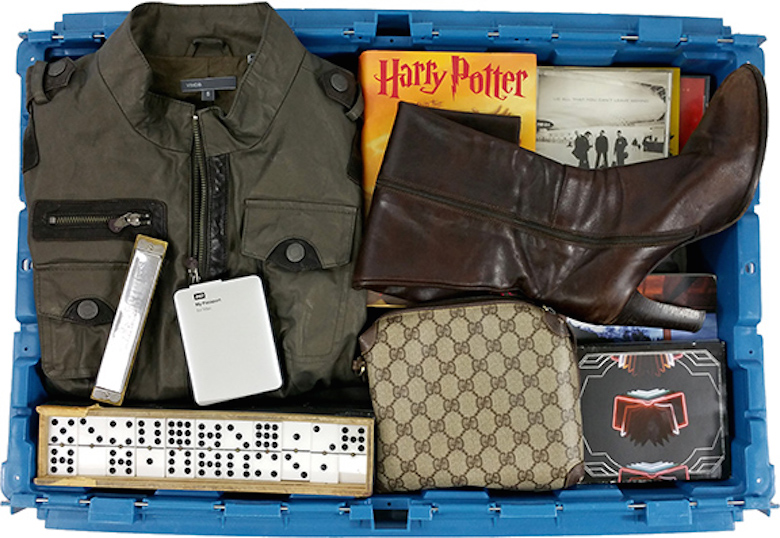 Stow Simple has also forged a partnership with the Miami Rescue Mission in which it donates customers’ unwanted belongings to the nonprofit on a regular basis.

Marilyn Brummit, development director of the Miami Rescue Mission, says the partnership is working out well.

Customers are told that as they are preparing items for storage that if they want to get rid of anything, it can be donated to the Miami Rescue Mission. Stow Simple even created an orange bag emblazoned with the logos of both groups.

“If there are bigger items, Stow Simple will even come pick it up at no extra charge,” Brummit said. “Silvia really cares not only with the idea of her business model. She also cares with her time.”

As a freelance writer, Mary Ann has written for the San Francisco Business Times, The Network, Venture Capital Journal and Austin Way Magazine. She has previously reported full-time for the Silicon Valley Business Journal and the Houston Business Journal. Mary Ann is currently based in Austin, TX.
Twitter