During his decade-long career as a Seattle Seahawks cornerback, Marcus Trufant was generously compensated, lived the “NFL dream” and even got to play in the Super Bowl.

But his NFL playing career also netted him numerous concussions, along with neck and back injuries, that can make it hard to even get out of bed some mornings, let alone pick up his children.

“As I became an NFL veteran, I was always one of those guys—a realist,” Trufant told SpareFoot. “I knew the shelf life for an NFL player. A lot of people say NFL stands for ‘Not For Long.’”

During his final season in 2012, Trufant started his own mobile detailing company, Trufant Auto Detail, which is now the Seahawks’ official auto detailer. It was during this time that he began to seek to expand his business ventures, and learned about the benefits and stability of the self-storage industry.

“A high school friend became my business partner,” says Trufant, a 36-year-old married father of five. “He was going around looking at other business avenues—casinos, different apartments and this and that—and we came across a gentleman who owned a casino. He was pretty up-front with us and said, ‘Well, casinos are good, but I think self-storage would fit you guys a lot better.’”

At the time, Trufant had been reading stories about how roughly 80 percent of athletes go broke after leaving professional sports.

After doing his due diligence and discovering that self-storage is a “great business,” Trufant built a self-storage facility that was later managed by Extra Space Storage—the nation’s second largest operator of self-storage units. Later, the company invited him to their Utah headquarters in the hope of continuing their relationship with he and his team in building and acquiring properties that Extra Space could manage with the option to purchase.

This marked the beginning of his foray into the self-storage business. Today, he owns a self-storage facility in Tacoma, Washington, recently sold a facility, is looking to acquire another one soon, and plans to buy two more by the end of the year.

While self-storage isn’t as glamorous as owning a restaurant or other types of commercial real estate businesses, Trufant says he’s never heard of a “good self-storage facility going out of business.”

“Everybody I know says if they would have the opportunity to get involved in self-storage that they would,” Trufant says,”I know NFL players and athletes, and when I say I’m in self-storage, they get very interested.

“I compare self-storage to a YMCA membership—a lot of people get it, but then you kind of forget about it, but it’s still there—and you can’t really get rid of it because there is always that chance that you’ll go back to it.” – Marcus Trufant

NFL dreams and the Super Bowl

Born on Christmas Day in 1980 and raised in Washington, Trufant trained hard, honed his craft, played with the Washington State Cougars and was later drafted by the Seattle Seahawks.
At the height of his career, his team went up against the Pittsburgh Steelers at Super Bowl XL in 2006.

“That was their first Super Bowl in the franchise’s history, but we didn’t win that game,” Trufant says. “Of course, it was a great experience and we had a good time. I was also chosen to go to the Pro Bowl in 2007.”

But his decade of playing with the Seahawks brought with it numerous injuries, and before he retired in 2012, he started looking at his options.

“I wanted to get some type of business going, some type of outside income before I was done with the NFL, but I was so terrified to do anything outside of what I was used to,” Trufant says.

Self-storage is a ‘safe place’

“I chose self-storage over other investments because I felt like it was a safe place,” he says. “The (first) storage building I was getting involved with was already complete. It wasn’t going to be a ground-up situation where I was going to have to build it. I wasn’t going to have to wait a couple of years for it to be completed. After going through the process, I kind of saw that it was a no-brainer.”

Today, Trufant says business is going quite well, and he’s reaching out to friends and family who are also interested in getting involved in the industry.

“I’ve talked to several guys,” Trufant says. “I’m just trying to lead by example. I’m not twisting anybody’s arm. I’m trying to help other guys [in the NFL] get into a productive situation. I have a younger brother, Desmond Trufant, in the NFL. I have another brother, Isaiah Trufant, who played in the NFL for a while, and I’ve got friends who have played in the NFL, so I’ve talked to them about storage. As time goes by, and as the timing is right, I hope to be able to help several of my brothers from pro-sports have a positive post-NFL transition.”

Meanwhile, Trufant is in the process of building a home for his family and much of his belongings are in storage units.

“I have things in three of them,” Trufant says. “I have a foundation, the Trufant Family Foundation, and all the memorabilia and the stuff that goes into that, are in them. But my prize-possession is these self-storage units [I own]. I’m just really excited to be in this business.”

Trufant’s wife, Jessica, writes her own blog, FAB 5 Mom, where she talks about how she’s not just the wife of a former NFL player and mother of five, but also about fashion, health, fitness, make-up and beauty.

“She talks about just all the things we went through and just about being herself,” Trufant says.

Trufant also oversees the Trufant Family Foundation, along with his father Lloyd and mother Constance. The foundation offers scholarships and sets up his speaking engagements at area schools.

“I definitely enjoy the scholarship program,” Trufant says. “I go to the high schools. I have a youth sports program. That’s been great. But my biggest job, my favorite job, is I’m a husband and a father of five children—four daughters and the youngest is a boy.” 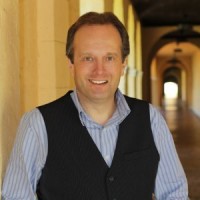