A group of railroad history buffs are hoping to relocate a historic train station building in the Highland Park neighborhood of Chicago.

Why? Because self-storage operator Simply Self-Storage plans to demolish the more than 90-year-old structure to make way for a three-story facility at 1495 and 1505 Old Deerfield Road. The North Shore Line Preservation hope to raise enough funds to relocate the building and repurpose it as a museum before the building is leveled. 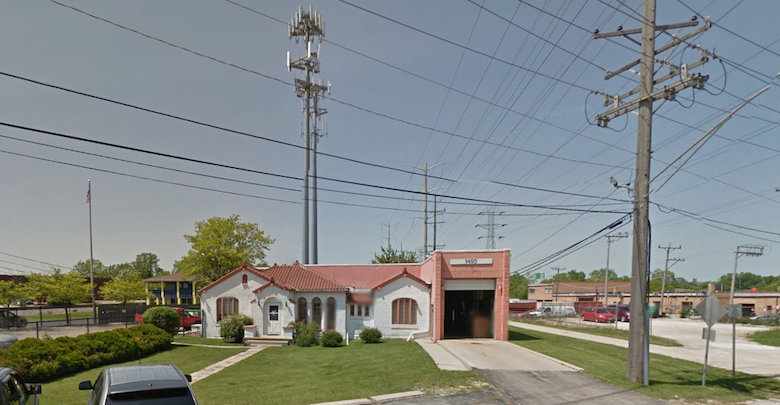 All Storage closed on a 5-acre site in Prosper, TX at Cooks Lane and Prosper Trail. The planned facility will have 217,000 square feet of net rentable space.. The purchase expands All Storage’s presence in the North Dallas area where it has a new facility at Custer and 380 McKinney opening September 2017 and another at Mapleshade Lane and 190 in Plano opening in December of 2017.

Hull Street Storage LLC purchased a 3-acre parcel at 6710 Hull Street Road in Chesterfield County, VA for $675,000. The company plans to build a storage facility on site. A florist that operated on the premises closed several months ago. Source: Richmond Times-Dispatch

The McKee Group is planning to build a three-story self-storage facility this summer at the Westown Business Park in Dover, DE. The 100,000-square-foot facility is pending approval of its final development plan. Source: Middletown Transcript

Atlanta-based developer Brooks Lumpkin is seeking approval for a five-story storage-facility on the site of a former McDonald’s on Richard Arrington Jr. Boulevard in Birmingham, AL. A requested variance was recently denied but the site is zoned for self-storage. Source: AL.com

The Robert Martin Company plans to develop an office building it owns at 555 White Plains Road in Greenburgh, NY into a health club and self-storage complex. Source: Greenburgh Daily Voice

National Self Storage broke ground on a 63,000-square-foot facility with 637 indoor units on a site in Dove Mountain, AZ. The facility is scheduled to open in March 2018. The Tucson-based operator has been in the storage business 40 years and has 11 facilities in the Southwest and California currently.

U-Haul is building a slew of big box stores into self-storage facilities, including three newly announced projects in three states. The company is converting a former JCPenney store at 10412 E. Sprague Avenue in Spokane, Valley, WA to offer 835 climate-controlled units.  U-Haul is also converting a former Kmart store at 3015 Tower Drive in Superior, WI into a self-storage facility with 737 units.  U-Haul is also in the midst of closing on a second vacant Kmart site for conversion in Muncie, IN. Source: Inside Self-Storage

Pinnacle Commercial Development completed work on a new 2,498-unit facility at Rockaway Avenue and Ditmas Avenue in Brooklyn, NY. The facility is owned by Madison Development and will be managed by CubeSmart. The facility is one of the largest in New York with 125,000-square-feet of storage space.  Pinnacle has completed seven self-storage projects in New York over the last two years.