Undaunted by nearby competition and motivated by Denver’s fast-growing population, Edgemark Development is building several self-storage facilities in the Mile High City.

It’s inside the City of Glendale, a small enclave known for a world-class rugby facility and a history of strip joints as well as for being surrounded by Denver. Universal Storage Group manages the new facility, which is located right off of busy Leetsdale Drive.

“We have one of the fastest-growing populations in the United States,” said Brad McNealy, managing principal of locally-based Edgemark Development; Richard Sapkin also is a principal.

“The Denver metro area is just exploding. So we think the capacity is there to absorb a lot of what is being planned and developed,” McNealy said. 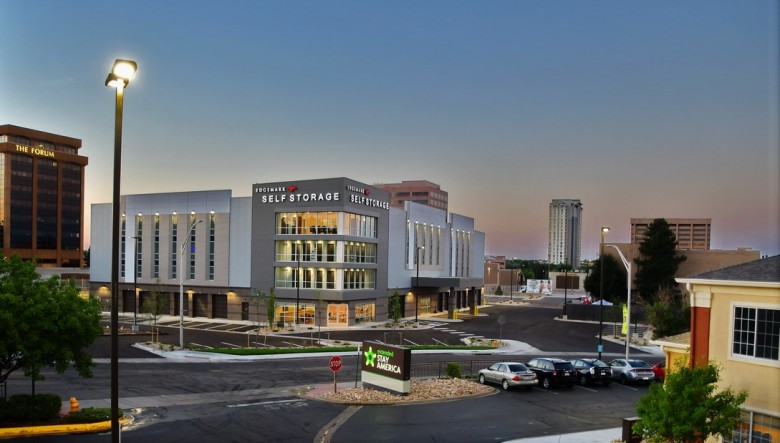 Edgemark’s first Denver (and first anywhere) self-storage project, built in 2015, also was 100,000 square foot, at Hampden Avenue and Yosemite Street on the western end of a revamped mall. In 2016, Edgemark sold it to CubeSmart.

“It was going really well when we sold it to them last year,” McNealy said.

Edgemark, which was formed by a 1999 merger, secured a construction loan for the Denver projects.

“It’s all our equity, with no outside money involved,” McNealy said.

Competitors plan to build at least two more self-storage sites on Leetsdale Drive, both within one mile from the new Edgemark facility.

Bring it on, McNealy said.

“We think the market is strong enough to handle absorbing multiple facilities and we think we are strategically advantaged because we’re the closest one to Cherry Creek and to Colorado Boulevard,” he said.

Those factors may boost business, given Cherry Creek’s high-income residents and the fact that Colorado Boulevard is one of Denver’s most traveled roads.

Also nearby on Leetsdale, there are two Public Storage sites and another CubeSmart. “All three are doing well, basically full,” McNealy said. “We think between Glendale and Cherry Creek, you have one of the more dynamic growth areas in the Denver metro area. We think it would be very hard for someone to assemble the land and get the approval to put up another self-storage facility.” 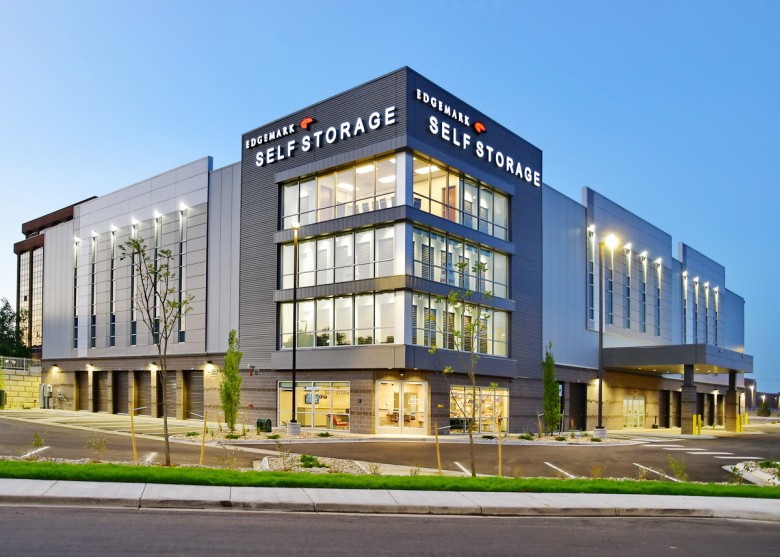 Still, Edgemark’s next self-storage site will be in Arvada, on Denver’s western border. The company awaits approval to build at a site between Ralston Road and Kipling Avenue, on 60th Avenue.

Amenities at the Birch Street facility include temperature control, 24-hour access, free WiFi, and weather-protected loading and unloading. The site also has a conference room that outside groups may use for free.

Today’s lifestyles, with many housing units being smaller than what folks are accustomed to, contribute to the growth of self-storage facilities.

“It’s an amenity people need in order to get more fulfillment from their housing dollar,” McNealy said.