Federal authorities have delayed the arraignment of a South Florida-based private equity CEO, accused of conning more than 150 investors out of $19 million, including money already staked for three major self storage developments in the area.

Daniel Joseph Touizer, 44, was originally scheduled to appear before Magistrate Judge Barry Seltzer on Oct. 25, but a new hearing is now set for Nov. 15, according to the U.S. Southern District Court clerk’s office.

The head of Wheat Capital Management in Fort Lauderdale was arrested in September and charged with mail fraud, wire fraud, and conspiracy to commit mail and wire fraud, after investigators alleged that he made false and fraudulent claims to investors over a lengthy 12-year period, soliciting millions of dollars in everything from storage facilities, insurance products and even precious stones.

From 2005 through 2017, Touizer, according to investigators in a 12-page court affidavit, headed up numerous investment fraud schemes designed to convince investors to pledge money to various business ventures.

In the affidavit, lead FBI agent Cherise Abelard, who led an August raid of Wheat Capital’s Fort Lauderdale headquarters, cites no fewer than four separate investment companies that Touizer, as CEO, successfully used to bilk investors: Cinergy, an apparent insurance agency that operated from 2005 to 2016; Investment Diamonds, from 2011 to 2014; Infinity d/b/a Covida, another purported insurance agency in operation from 2013 to 2016; and finally, Wheat Capital, Touizer’s newest venture started in 2015.

According to the affidavit, Touizer exercised fraudulent activity across each account. Abelard testifies in the criminal complaint that FBI forensic analysis of Touizer’s bank account revealed that over 50 percent of funds from a Covida investor known only as “MH” went to pay all of Touizer’s personal expenses and his 1RS tax lien.

Abelard says in the affidavit that 72 percent of at least $13.2 million raised between 2013 to 2017 were “personally misappropriated” by Touizer and his unnamed co-conspirators.

“Touizer,” quotes the complaint, “asked his investors to mail and wire him their money, and investors used the U.S. mail to send payment to him.”

Another shocking allegation: as part of his Investment Diamonds venture, Touizer apparently asked one investor to invest a minimum $100,000, but when the investor stated that they didn’t have enough money, Touizer goaded them to withdraw funds from their personal IRA account to make up the difference.

Trio of self-storage facilities on hold

It’s through Wheat Capital that three self-storage facilities are under various stages of development, but it’s unclear how many investors are on board for the trio of projects known simply as Wheat Self Storage Partners I, II and III; how much money Touizer raised for each, and whether the projects will continue development in new hands.

All three facilities are located in South Florida in Broward and Miami-Dade counties and slated for completion in 2018:

Two out of the three projects have construction financing from financial services company Orix, with construction company Kaufman Lynn serving as general contractor. Representatives from both companies could not be reached for comment on the status of the pending facilities.

Red flags in the air

Calls to Wheat Capital’s offices also went unanswered; however Gary Delaney, a former Wheat Capital employee who briefly served as the company’s president and CEO told the SpareFoot Storage Beat that Touizer fired him after he started to uncover some highly questionable financial goings on.

Delaney said Touizer was spending more time raising capital funding when he should have been obtaining financing for said construction—a reason to raise suspicions.

“I was spending the better part of 50 percent of my time with consultants and outside contractors,” said Delaney. “I was starting to question balance sheets. It wasn’t long after that he terminated my agreement.”

According to Delaney, his ousting from Wheat Capital was a breach of contract; Touizer, he says, still owes him a remaining $125,000, money he doubts Touizer can afford to pay.

“I doubt if I’ll ever see that [money],” Delaney said. “It was a situation where he was constantly scraping.”

A Cleveland securities litigation and investment fraud law firm has offered to represent investors who may believe they’ve lost money because of Touizer.

“We’re investigating claims we may be able to write on behalf of investors and anyone who may have been part of the alleged fraud,” said James P. Booker, an attorney with Peiffer, Rosca, Wolf, Abdullah, Carr & Kane.

As the case unfolds, authorities may have more details on who invested in the Wheat Self Storage Partners projects, and how much money Touizer may have stolen from them.

But according to Booker, many of these types of investment fraud cases produce little restitution or supplementary financial recovery for victims because there’s no money left for the plaintiff to pay back after attorneys’ fees have drained their assets.

“In some investment fraud scenarios where the FTC (Federal Trade Commission) steps in, they’re able to freeze the assets and appoint a receiver,” Booker said. “That’s why these schemes fall apart, because they run out of money; there’s not enough to freeze. Once funds start drying up, that’s when the cracks start to show.”

“Unfortunately, in many of these scenarios,” he continued, “investors are left holding the bag.”

Booker said that investment fraud cases of this nature can take anywhere from six to nine months to resolve, up to two to three years. That could prove a long time to wait for lots to remain empty — and scaffolding to sit idle — before the Wheat Self-Storage project moves forward or is canceled.

Due to the case’s ongoing nature, offices of both the FBI and Assistant U.S. Attorney Roger Cruz declined to comment for this story. Touizer’s attorney, Michael Entin, also did not return phone calls from Storage Beat.

Touizer has been imprisoned without bail since his arrest last month for being a flight risk and significant economic danger. According to other sources, he had purchased a plane ticket and planned to leave the country before the FBI searched his office. If convicted, Touizer could spend 14 to 18 years in federal prison. 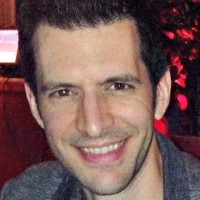