One of the country’s largest self-storage facilities could soon be sold at auction, as part of the bankruptcy of its ownership group.

Secured Climate Storage, located at 9311 N FM-620 in Austin, TX, features more than 200,000 square feet of storage space in nearly 1,200 self-storage units—84 percent of which are climate-controlled. The property generated more than $2 million in revenue in 2017, and currently has a lease up occupancy of 77 percent.

The property was developed in three phases by Jim Carpenter, starting in 2003. The most recent phase was completed in 2016, adding two storage buildings that span 96,940 rentable square feet, as well as 16 enclosed RV storage bays.

“In developing this over time, each phase put it into a new partnership, this most recent Phase III got a new loan from a lender,” said Stephen Carpenter, president of Carpenter & Associates, Inc. and son of the developer. The younger Carpenter is the brokerage representative facilitating the auction process.

In October 2017 the lender, DoubleLine CRE Finance LLC, foreclosed on the property, claiming that a default had been made under the terms of the deed of trust.

Carpenter’s position is that the foreclosure was wrongful, but was unable to get the lender to reverse course. 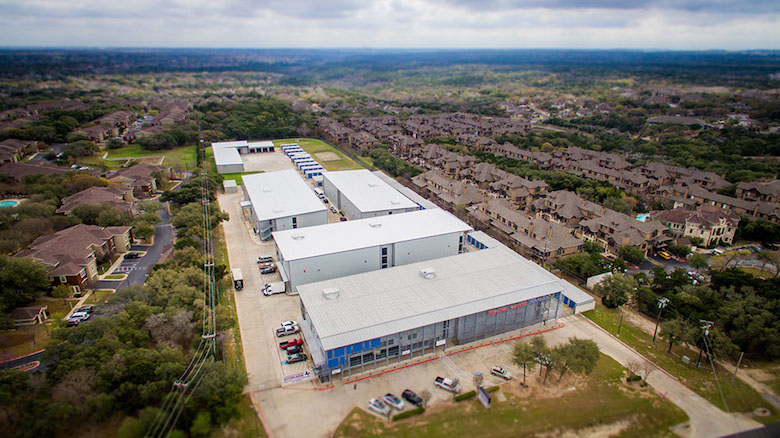 The ownership group, CSP Asset II LLC, originally obtained a loan of $25.5 in October of 2016 from TC Debt Opportunities LLC, an affiliate of Los Angeles-based Thoroughfare Capital. The loan was later transferred to DoubleLine. The two companies work together on bridge loans as part of a joint venture.

In December, CSP Asset II filed for bankruptcy—two months after DoubleLine foreclosed on the facility.

Carpenter says that there is currently an existing stalking horse bid of $30 million to purchase the property.

“We’ve been in talks with three of four other interested people, if we get one other bid the auction is going to happen,” Carpenter said.

The deadline for qualification is May 11. If another potential buyer steps to the plate, the auction is scheduled to proceed on May 25 at the U.S. District Courthouse in Austin.