The Jenkins Organization Inc. announced it will build a new self-storage facility in the East Downtown area of Houston, TX. It will have 108,000 square feet and 830 units, and is scheduled to open this summer. The site is located to serve Downtown, East Downtown, Eastwood and the University of Houston.

A proposal to turn the Roller Palace in Beverly, MA, into a self-storage facility just got a little easier. Revised plans show that the second, smaller storage facility to be built next to the Roller Palace building will be reduced from 12,000 square feet to 4,000 square feet. Thus the parking needs have been lowered to 53 spaces, which requires no special permit. Eric Loiacano of Gloucester, manager of Sohier Road Self Storage LLC, seeks to take the one-story, 56,147-square-foot building that’s home to the Roller Palace, as well as Soccer Etc., an indoor soccer facility, and convert them into a two-story, 118,953-square foot storage facility, plus add that second storage building with 4,000 square feet. Before the change in plan, the project was scheduled to have 900 storage spaces plus office space. Source: The Salem News

In Illinois, the Des Plaines Planning and Zoning Board on June 12 will discuss a proposed four-story Beyond Self Storage facility near the Des Plaines River and Miner Street. Northpoint Development LLC of St. Louis, MO, seeks permission to rezone the property to general manufacturing, which would allow a self-storage facility. The proposed site previously was home to auto dealerships. Source: Journal & Topics

Robert Taft, new owner of the former Jefferson Court Motel in New Castle, PA, hopes to turn it into a storage facility. The city planning commission recommended giving Taft permission to put up the facility. The city council has the final say. The site is located at 115 N. Jefferson St. Taft has operated Taft Plumbing and Heating of Hermitage for 35 years. He bought the motel site for $20,000 from attorney Paul Lynch. Taft also owns Shenango Mini Storage in New Castle, and said it is 100 percent full. Source: New Castle News 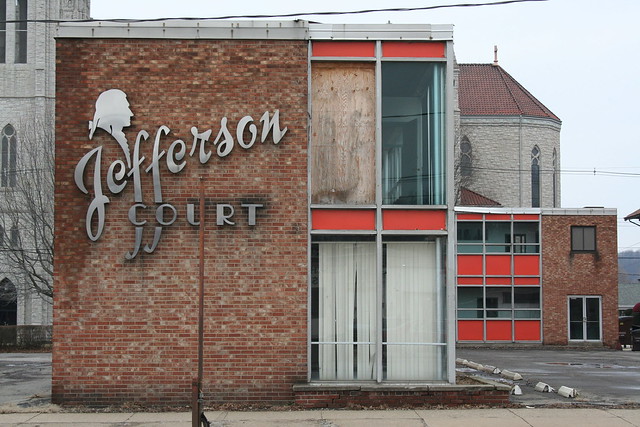 CBJ Drexeline Plaza LP wants to redevelop 16.5 acres at 5100 State Road, in Upper Darby, PA. Plans include an 800-unit self-storage building, a 142-unit apartment building, a Wawa convenience store, expanding a Shop Rite supermarket from 50,000 to 75,000 square feet, a medical center, an underground parking garage and a walking trail. The developer wants to demolish all the current buildings, except for Anthony’s Restaurant. The zoning board will give its decision June 28. Source: Daily Times News

In the fall, DealPoint Merrill LLC expects to start the conversion of s former Giant Eagle supermarket at 13820 Lorain Ave. in Cleveland, OH, to a CubeSmart self-storage center. The company didn’t reveal how much it paid for the supermarket, which closed in 2017. But Cuyahoga County land records say DealPoint paid $1.7 million to Overland Associates, the Pittsburgh-based seller of the property. DealPoint also is installing a CubeSmart center at the old Macy’s store in Richmond Heights. Source: Crain’s Cleveland Business

Self-storage will be added to a mix of stores, offices, candy shops and woodworking businesses at Tower Mill, 657 Quarry St., in the Flint neighborhood of Fall River, MA. The city’s Conservation Commission will consider the plans at its next meeting. It’s the second new self-storage facility coming into the area. An Oklahoma developer is finishing work on the former Roma Color mill, 749 Quequechan St., across the river. It will be an Extra Space Storage facility with 125 units and 127,000 square feet. Source: The Herald News

The City Council of Overland Park, KS, gave unanimous approval to the Metcalf Crossing project, which includes a self-storage facility, at the northwest corner of Metcalf Avenue and Shawnee Mission Parkway. The Ramada Inn and Knights Inn will be knocked down and replaced with a 90-room, four-story hotel and a 76,560-square-foot storage facility, the latter to be finished by the end of 2020. Source: Shawnee Mission Post

TD Development Enterprise LLC and Clayton Construction are teaming up again, this time to build a 102,804-square-foot self-storage facility in Orlando, FL. The building will include a 7,800 square feet vehicle aisle going through the interior’s first floor.

Renovations have begun to change an 80,000-square-foot former Burlington Coat Factory building into the Premiere Auto Depository to store recreational vehicles such as golf cars, boats, classic cars and campers in Cathedral City, CA. Burlington sold its Cathedral City real estate to 35900 Date Palm LLC for $4 million on March 29. “There’s a lot of people that want the lifestyle, and the climate, and the attributes of the (Coachella Valley) area and they have more rolling stock (vehicles) than they have space for in the average house,” said David Herman, managing member of Premiere Auto Depository. Source: The Desert Sun

Citadel Self Storage, which has 990 units -– including some exclusively for wine storage — plans to hold a grand-opening event June 28 at 1403 Browns Lane in the St. Matthews area of Louisville, KY. The facility has 130,000 square feet and is three stories high. The event will include wine tasting with Scott Harper, master sommelier. Source: The Lane Report