Developer Jim Allard showed his plans to the Hudson, NH, planning board to build a new self-storage facility on Roosevelt Avenue. He wants to put up a three-story, 90,900-square-foot facility at 23 Roosevelt Avenue.

His plan is to combine two lots and take down a 4,990-square-foot concrete building and parking lot before starting the new building. He estimates construction costs at $3.5 million. The board plans a public hearing about this matter on Aug. 14. 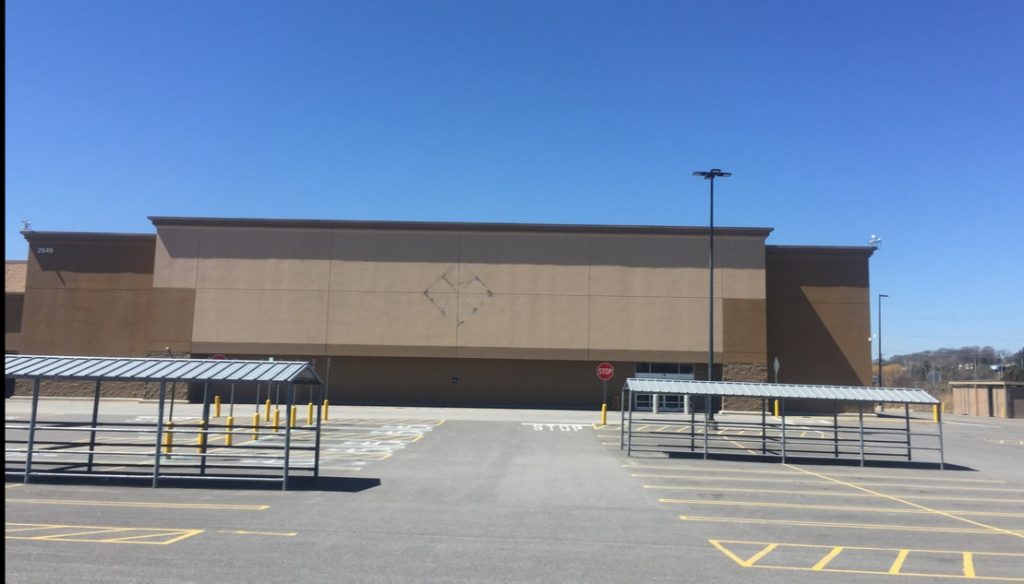 The Hampshire Cos. and investment partner Circle Squared Alternative Investments bought a former Sam’s Club building at 2649 Erie Boulevard East in Syracuse, NY (pictured above). They will convert the vacant, 135,000-square-foot building into a self-storage facility. Construction begins this summer. CubeSmart will manage the new location, which will have 860 units.

An Extra Space Storage facility with two stories and 100,000 square feet is coming to the former Pathmark site at 1251 Deer Park Avenue in North Babylon on New York’s Long Island. The facility is being developed by Johnson Development Associates from Spartanburg, SC. Plans for the 8-acre site also include adding discount grocer Aldi and Planet Fitness. Demolition of the former Pathmark store begins in August. Source: Newsday

U-Haul Moving & Storage of North Nashua, NH, soon will be operating at 476 Amherst St. U-Haul purchased the site, which formerly housed a military radar system machine shop, in May. U-Haul is renovating the space into 76,000 square feet on two stories, with more than 750 indoor climate-controlled storage rooms. Source: PR Newswire

An Extra Space Storage facility will replace the former Hobby Lobby building on Route 224 in Boardman, OH. The owner hopes to have it open by early September. Source: WFMJ

Principal RV & Self Storage completed the expansion of its facilities at 1710 S.W. 12th Ave., Battle Ground, WA. The site now has 645 units, including those for boats and RVs. The owner is Principal Properties, which also owns the 22-acre Scotton Landing mixed-use development in which Principal is located. Source: The Columbian

Simply Stor-it, which has 566 units, opened at 1100 McCann Road, former home of a Kmart store that closed in March 2016, in Longview, TX. Source: Longview News Journal