A three-story, 84,000-square-foot self-storage building has been proposed for a project that also would include a Putt-Putt Fun Center at 2200 Eubanks Road in Chapel Hill, NC. The latter could include mini golf, laser tag, bumper cars, an arcade inside a 16,000-square-foot building, a go-kart track and batting cages. The self-storage building would need a rezoning. The town’s Community Design Commission will review the plan on Aug. 27. 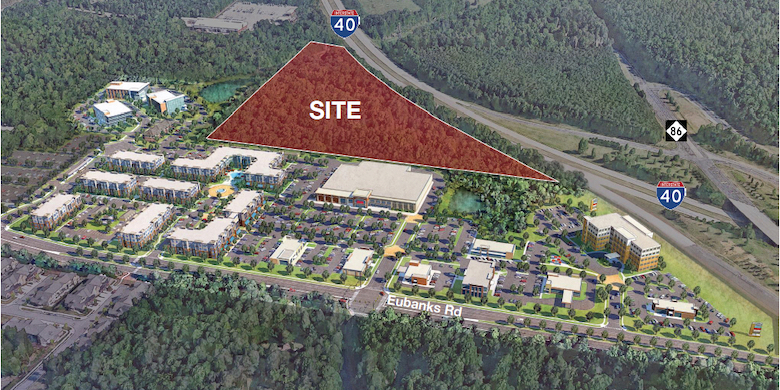 A joint venture between Nuvo Development and Clark Investment Group plan to develop a multistory Class A self-storage facility at 1599 Memorial Drive SE in Atlanta, GA.  The joint venture obtained a $10.4 million non-recourse a construction loan from a Midwestern-based bank, which was arranged by Irvine, CA-based Talonvest Capital. Talonvest also structured $4 million of joint venture equity for the joint venture.

U-Haul Moving & Storage of East Denton, TX, a three-story, 100,000-plus-square-foot facility, is scheduled for completion by fall 2020. U-Haul bought a 5.89-acre parcel east of Highway 380 and Loop 288 for the business. It will have 700-plus indoor, climate-controlled units, and be located five miles from the University of North Texas. Source: PR Newswire

Sylios Corp (OTC Pink: UNGS) of St. Petersburg, FL, announced that its wholly owned subsidiary, 1720 RCMG LLC, has started developing a self-storage facility in Macon, GA. The facility will have 194 units (130 climate-controlled plus 64 exterior ones). If room allows, the facility also will have up to 15 boat/RV parking spaces. The company projects an annual revenue between $250,000 and $275,000 at 92 percent occupancy. The projected construction cost of the facility is $520,000. Source: Sylios Corp.

Security Self Storage has opened at 30525 Aurora Road in Solon, OH. The 90,000-square-foot facility has 400 units plus another 20,000 square feet for vehicle storage. Source: Cleveland.com

Self-Storage of Spokane plans to open a new storage center Aug. 24 at 4415 N. Market St. in Hillyard, offering both climate-controlled and standard units, packing and moving supplies, and truck rentals. Source: The Spokesman-Review

Future self-storage units will be allowed only in the Housatonic Design District in Milford, CT. The Milford Planning and Zoning board voted Aug. 6 unanimously in favor of this change to the zoning regulations. Self-storage facilities previously were allowed in other zones – including office, industrial and commercial – as well as the Housatonic Design District. Source: The Milford Mirror