A unique hybrid facility has opened in Topeka, KS: TopCity Sports & Storage now offers climate-controlled storage units and later on, after it adds an indoor-sports facility, athletes will be able to practice, then store items in their own units. The company will market to local sports teams as a place to have practices and store equipment. TopCity, located at 4600 N. Topeka Blvd., also offers parking for boats, cars and RVs.  Source: Inside Self-Storage

The city of Ocoee, FL, approved a rezoning request that allows a self-storage facility to be built at 9000 W. Colonial Drive (above) as part of the Shoppes at West Oaks Planned Development. A four-story building is planned and will have office, retail and self-storage space. The project also includes a small addition to the nearby Aldi Grocery Store. The climate-controlled self-storage portion will have 100,396 square feet and be spread on all four floors. There’ll be retail on the first floor and room for office space on the fourth floor. Source: Orangeobserver.com

Banner NorCal Developer LLC will build a six-story, 110,844-square-foot storage building for boats and RVs following approval by city officials in Alameda, CA. It will go up on a 1.24-acre parcel at the northwest corner of Mariner Square Drive and Marina Village Parkway Source: East Bay Times

U-Haul hopes to win a rezoning request so that it can convert a former Kmart property at 3150 National Road West in Richmond, IN, into self-storage, truck and trailer rentals, and retail sales. The rezoning request covers just the 8.33 acres that comprise the west half of the property. The Kmart closed in December. Source: Palladium-Item

The Roller Valley roller rink at 9415 E. Fourth Ave. in Spokane Valley, WA, may be converted into a self-storage facility. TDR Investments LLC filed for a building permit that calls for 95 outside storage containers taking up more than 32,100 square feet. The plans also seek to transform the roller rink to house 116 indoor storage containers, taking up 15,500 square feet. The three Oberemok brothers – Roman, Timofey and Dmitriy – comprise TDR. Source: The Spokesman-Review 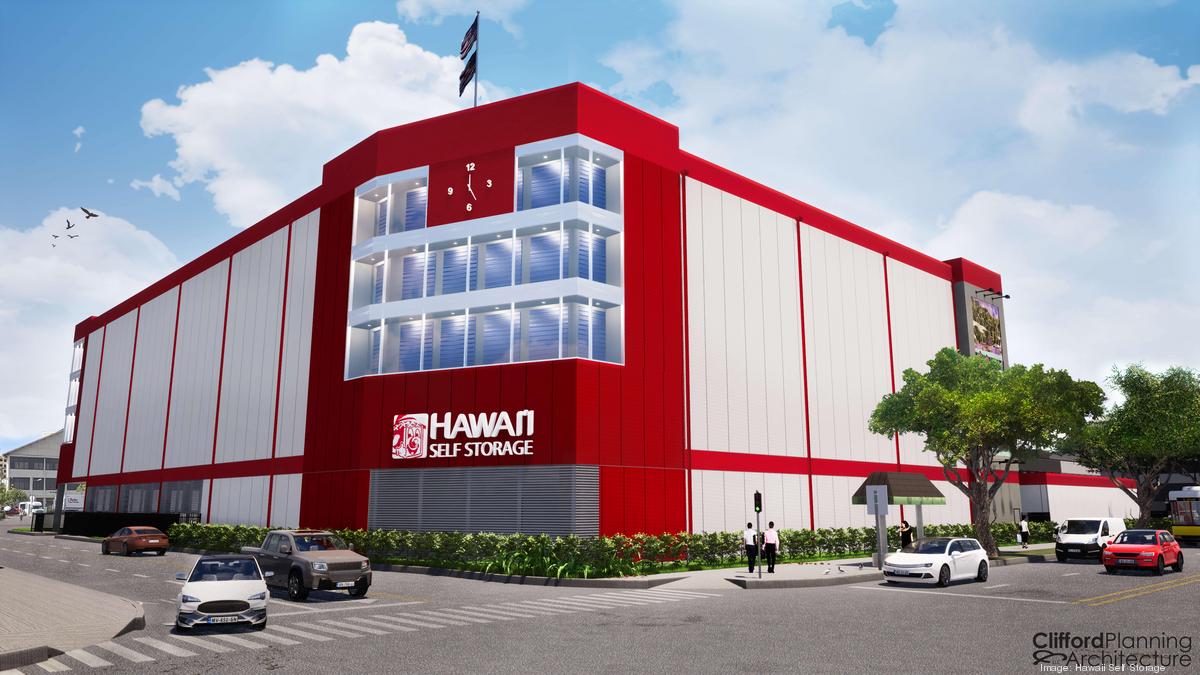 Hawaii Self Storage plans to build a self-storage facility in Iwilei, which is close to downtown Honolulu, in a second development phase of a $10 million project. The company began renovating a shared part of the building at 909 Dillingham that will add about 75,000 square feet of storage on two levels. Hawaii Self-Storage is leasing the building from Bank of Hawaii, which owns the 3-acre site. The first phase will add a reception and administration area, a new freight elevator, new air conditioning, units, vehicle storage and more. The building also will have a conference room, loading docks, access control and more. The second phase will add a five-story storage building. Iwilei will be the company’s seventh location. Source: Pacific Business Journal