As soon as Bob Hayworth turned his first RV-and-boat storage project into solar-powered RV-and boat storage, frowns brightened into smiles. Local officials and lenders, who initially took a dim view of the project, suddenly began saying “yes” instead of “no” to the permits and financing he needed.

Hayworth, CEO of Baja Construction Co., Inc., uses a more Old Testament analogy to describe the transformation in attitudes toward his project once he opted to install solar power: “It was like Moses parting the Red Sea,” he said.

Not only did solar warm the hearts of all the gatekeepers he needed to please, his facility was in the black a mere 18 days after it opened, said Hayworth, thanks to a sunny convergence of market and policy currents: high electricity rates plus government solar incentives and tax credits.

“I no longer had to fight city hall,” said Hayworth. “And my monthly debt service payment was covered by the 20-year contract we got from the electric utility to sell them power from our solar array.”

Florida might be known as the Sunshine State, but California is living up to its Golden State nickname by turning solar energy into treasure for savvy operators like Hayworth.

“Most utility companies nationwide have to have a large portion of renewable energy by 2025,” said Hayworth. “But California has the most aggressive renewable-energy goals in the nation. Every new house and multifamily home three-stories and below being built in the state has to have solar starting this year. Half the power for every state-government building has to come from renewable energy by 2025—and 100% by 2030.” 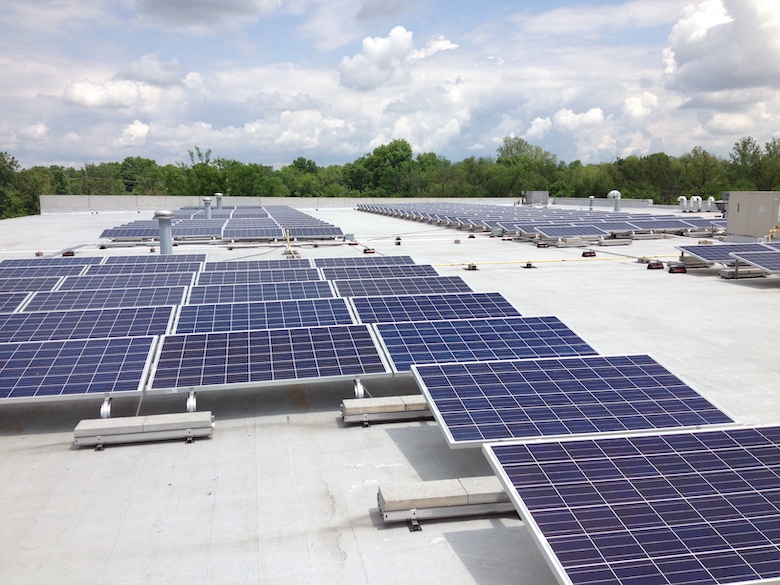 While California is out in front of the solar-power parade, other states have been attracting attention as well.

He cited New York, Pennsylvania, Washington, D.C., and Massachusetts as examples, as well as southern states like Florida, Georgia, North Carolina and South Carolina, plus Texas and Colorado farther west.

“Those are the states that have developed favorable solar policies that—when combined with high rates and sometimes robust incentives—create a good financial picture,” he said. Bruner said his firm has been working with multiple operators in multiple states, including Extra Space Storage and Safeguard Self Storage.

“It’s great to see self storage operators incorporating solar at a higher level than ever before,” he said.

In fact, as SSA’s weekly online business column Self Storage Industry Report noted in February, Extra Space Storage hit a “solar milestone” when the REIT surpassed 100 solar-panel projects with partner Safari Energy, having installed panels in 13 states—the combined impact of which was “equal to offsetting emissions from 5,000 vehicles in a year.”

Extra Space has also partnered with Pivot Energy at 23 locations in Colorado and Illinois. Bruner added that even small independents stand to benefit. You need to do your homework, however, and put business over buzz when exploring solar power for your self storage facility.

There are basically two paths for turning solar into a financial benefit. One is by using solar to power your own electrical needs. The other is by selling your excess power to the electric utility company serving your community. The savings or revenue potential from these strategies depends on whether or not your state has “net metering” rules and on how those rules are written.

Net metering policy varies from state to state, but the basic idea, explained Bruner, is that “a utility is required to credit a customer on a 1:1 basis for excess electricity generated from their on-site solar array and fed into the utility grid. This allows customers to feed energy back to the utility during the day, and then use that electricity at night when the solar array is not producing power.”

Bruner added that net metering policies typically allow you to apply excess solar generation in a given month toward future consumption.

“This allows customers to offset the retail electricity rate that a utility charges and design a system to offset 100% of their consumption,” he said.

Retail rates are usually considerably higher than wholesale rates. That’s important to understand as you look at the costs and benefits of solar.

“Without a net metering policy,” said Bruner, “excess energy generated from solar that is fed back to the grid is purchased by the utility at a wholesale rate, which negatively impacts the financial gains from solar. That being said, it is possible to size a solar array significantly lower than monthly consumption levels that would mitigate the amount of energy that is exported, and still allow a customer to recognize retail electricity rate savings.”

Warning: Do your math

In other words, it’s not as simple as just plugging your shiny new solar panels into the grid with one wire and running another wire from the grid into your cash register. A common mistake: calculating a blended electricity rate versus a kilowatt-hour-only rate.

This article will start to read like an IRS tax-form instruction sheet if we get into the weeds on this, but it’s vital you consult with an experienced solar-energy company to thoroughly crunch the numbers. Likewise, the company can outline for you any incentives or rebate programs offered by your state.

The details vary from state to state—Bruner quipped that solar-industry pros refer to these oft-changing programs collectively as “The Solar Coaster”—but such programs tend to fit into one or more of the following types:

The online Database of State Incentives for Renewables & Efficiency (dsireusa.org) is worth consulting. It’s operated by the N.C. Clean Energy Technology Center at N.C. State University and funded by the U.S. Department of Energy.

In addition to state programs, a federal investment tax credit, which was enacted in 2006, provides what can be an enormously valuable incentive for installing solar power. Check with your tax advisor to make sure you have the tax basis to make this worthwhile. The credit was 30% through the end of last year. It’s 26% this year, but Congress set it up to gradually scale back over time, so it will drop to 22% in 2021, then settle at 10% beginning in 2022.

Bruner said there are ways to safe-harbor the value of the tax credit in a given year.

“We’re not giving tax advice,” he emphasized, “but generally speaking, you don’t have to complete the project [this year] to get the 26%, for example. You just have to contract the project before year-end. There’s always a cost of waiting.”

Solar probably won’t make sense for facilities that don’t use much energy, such as smaller non-climate-controlled facilities that only use electricity for lighting, said Bruner. However, a climate-controlled facility will likely consume enough electricity to justify solar. Also, you might not have to offset as much consumption if you replace older, less-efficient lighting with energy-sipping LEDs.

The equipment involved is fairly straightforward, consisting mainly of solar panels and the inverters that convert the solar-generated electricity from direct current (DC) to alternating current (AC). There are no moving parts to worry about, said Bruner, but it’s important to use trusted equipment with robust warranties. He said most solar modules come with 25-year warranties, while inverters typically last 12–15 years.

“Solar panel systems typically add about three to five pounds per square foot to your roof loads, but you still need to factor that additional weight into the framing of your roof,” said Lesko.

“Some people want to retrofit their older facility with solar, but sometimes find out they really can’t because it wasn’t designed from the beginning to support the additional weight. New construction can be upsized to handle the load, whether the owner wants to add solar now or in the future. Either way, always check with your structural engineer or design professional to make sure your roof framing is suitable.”

Bruner noted that removing and reinstalling a roof is expensive, so it’s best to install solar panels either on a brand-new roof or at least on one that has 10 to 20 years of life left in it.

An obligatory chat with your property-insurance provider would be prudent, too, before making any commitments, although Bruner said solar installations don’t ordinarily lead to a premium increase.

Whether for its potential financial benefits, or as a tangible contribution to the fight against climate change, solar power is spreading its rays through the storage industry. For a good case study on an actual project, Bob Hayworth’s video about his solar installation in Oakley, California, is worth watching. 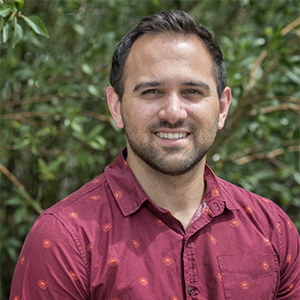 Mat leads business development for behind-the-meter projects and community solar subscriptions. He has 11 years of experience in the solar energy industry. Previously, Mat was the Senior Solar Project Lead at Elevate Energy in Chicago and led business development for solar energy and energy efficiency projects at Christensen Electric in Portland, Oregon. Mat graduated with a BA in Philosophy from Colorado College in 2009.
WebsiteTwitterFacebookLinkedIn