This post is an archive of self-storage development news from January 2021. For the latest news, check out the latest edition of The Roll Up column here.

AAA Self-Storage plans to construct a two-story, 76,312-square-foot facility on Lewisville-Clemmons Road in Clemmons, NC. It will be built along the east side of Lewisville-Clemmons, north of the Peace Haven Road intersection. The project includes approximately 400 units, a lobby and an office. Fourth Elm Construction is the general contractor. The project will begin in February or March. AAA has 18 existing Triad locations, including nine in Greensboro and five in High Point. Source: Triad Business Journal 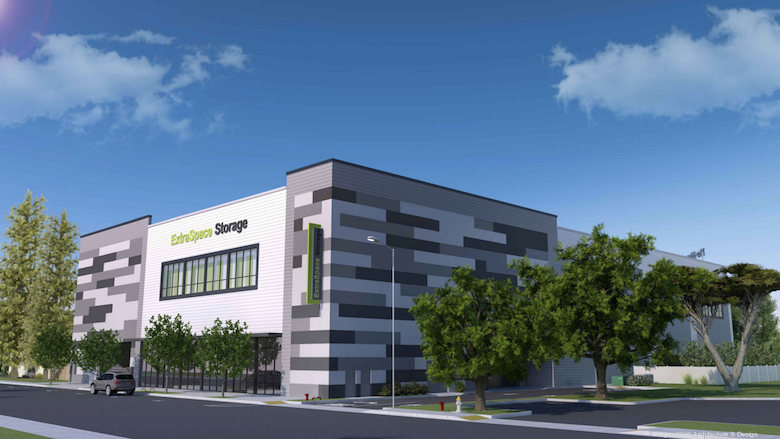 A four-story self-storage business, to be operated by Extra Space Storage, is being sought for 400 Bercut Drive in the River District of Sacramento, CA (pictured above). The project includes 139,232 square feet of climate-controlled storage space, 1,841 square feet of office space and a 976-square-foot apartment for a manager. Banner NorCal Developer LLC is the project applicant. The site is the former home of a Grill Masters restaurant. Source: Sacramento Business Journal

A three-story, 113,395-square-foot self-storage project has been proposed on a 3.33-acre site at the northeast corner of Jackson Avenue and Nutmeg Street in Murrieta, CA. An appeal hearing will be held before the Murrieta City Council on Feb. 2, as two residents have requested one after the Murrieta Planning Commission’s April 2019 decision to approve a development plan and conditional-use permit for the project.  Source: Patch.com

A self-storage facility called The Lock Up will be added as part of a $45 million to $50 million renovation of the 40-year-old Market Meadows shopping center at the northwest corner of 75th Street and Naper Boulevard in Naperville, IL. The Naperville Planning and Zoning Commission has approved it. Shorewood Development Group has the project and plans to preserve the retail shops that front the shopping center and place the self-storage site behind them. Source: Chicago Tribune

A climate-controlled self-storage facility is going into the Carolina Pottery site in the Factory Stores of America Outlet Center in Kingsport, TN. Larkspur Properties of Miami, FL, bought the outlet center from DPI Group of Fresno, CA, for $11 million in October. The Kingsport Board of Mayor and Aldermen approved rezoning of the outlet center to B-3 (highway-oriented businesses) so that it could allow self-storage. Larkspur Properties hopes to finish building the self-storage site by year-end. Source: TimesNews

Storage Place LLC has applied to the Planning Commission in Charlestown, RI to develop a self-storage facility at 5677 Post Road, on a 5-acre parcel. The project calls for six one-story buildings, which would house about 300 units. Source: thewesterlysun.com 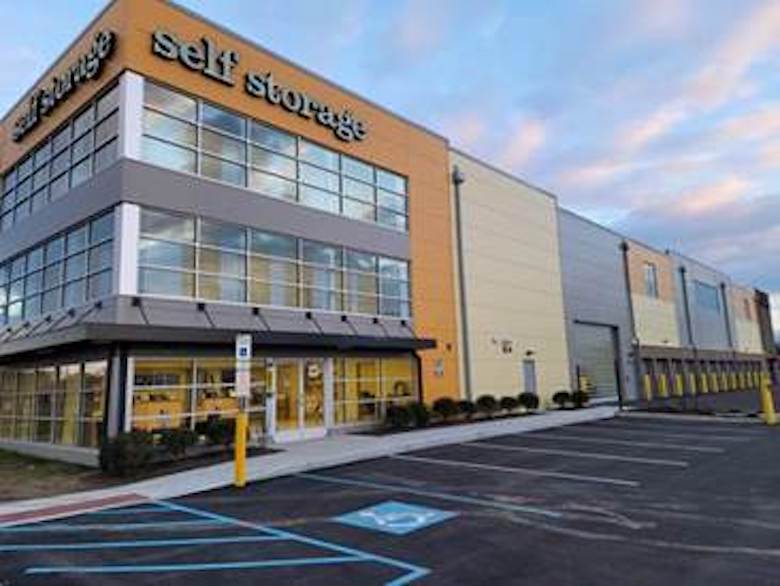 Safeguard Self Storage opened a new facility Jan. 15 at 41 S. Union Ave. in Lansdowne, PA. It has 73,700 rentable square feet and 846 units, some climate-controlled. It’s the company’s first site in Delaware County, its eighth facility in the Philadelphia area and its 78th property nationwide. Source: Safeguard Self Storage 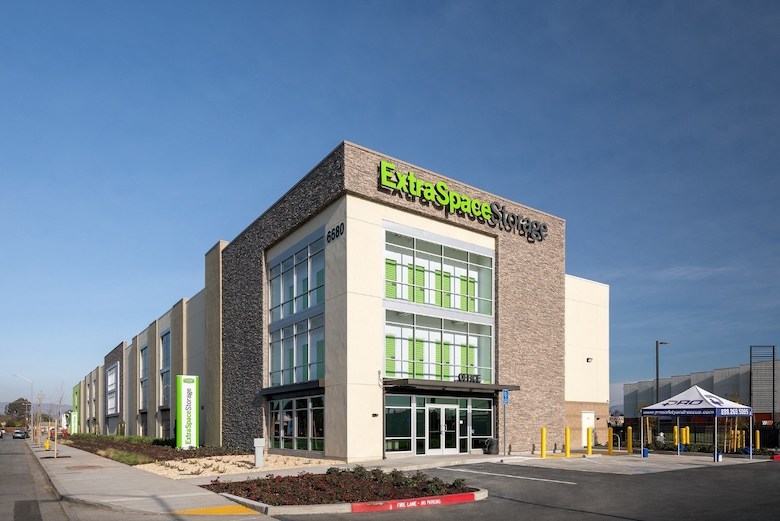 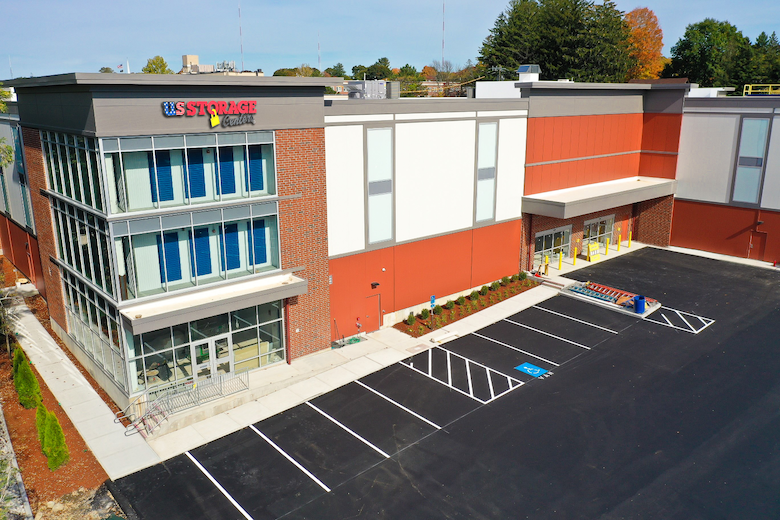 SSG Development, a fully integrated real estate investment, development, and construction company focused on self-storage in high barrier markets, announced that it has completed construction of a 986 unit, 123,000-square-foot property located at 540 Hillside Avenue in Needham, MA.  The facility will be acquired and managed by Westport Properties, an owner/operator of self storage facilities nationally which manages over 10 million rentable square feet under the US Storage Centers brand.

City officials in Augusta, ME are considering allowing self-storage facilities in two zoning districts that hold the city’s two biggest retail shopping areas. The Planning Board proposal would allow such businesses as conditional uses in the zoning districts of the Civic Center District and the Regional Business District, which currently don’t allow self-storage operations. Source: Kennebec Journal

One facility is at 5765 General Washington Drive in Alexandra, VA, built by SAFStore Inc. It has 884 climate-controlled units in a six-story building.

TJF South Plainfield I LLC seeks to put up a four-storage self-storage facility on Park Avenue in South Plainfield, NJ, and has applied for preliminary and final site plans plus use and variance approval. The building would have 110,320 square feet and 921 units. Source: MyCentralJersey.com

The Weaver Realty Group Inc.’s Josh Koerner and Frost Weaver handled the sale of a self-storage development site on West McNab Road in Tamarac, FL. The 1.37-acre site has approval for a 93,527-square-foot, multistory self-storage building. Weaver Realty Group is based in Jacksonville, FL and has been an Argus Self Storage Advisor Broker Affiliate since 1999. Argus is based in Denver, CO. Source: Argus Self Storage Advisors

Developers hope to build a self-storage and retail sales facility on a 4.7-acre land parcel at 11411 and 11431 Gravois Road in Sappington, MO. It would include RV and boat storage. The site currently has an automotive business. The St. Louis County Planning Commission will consider the request at its Jan. 25 meeting. Source: Call Newspapers 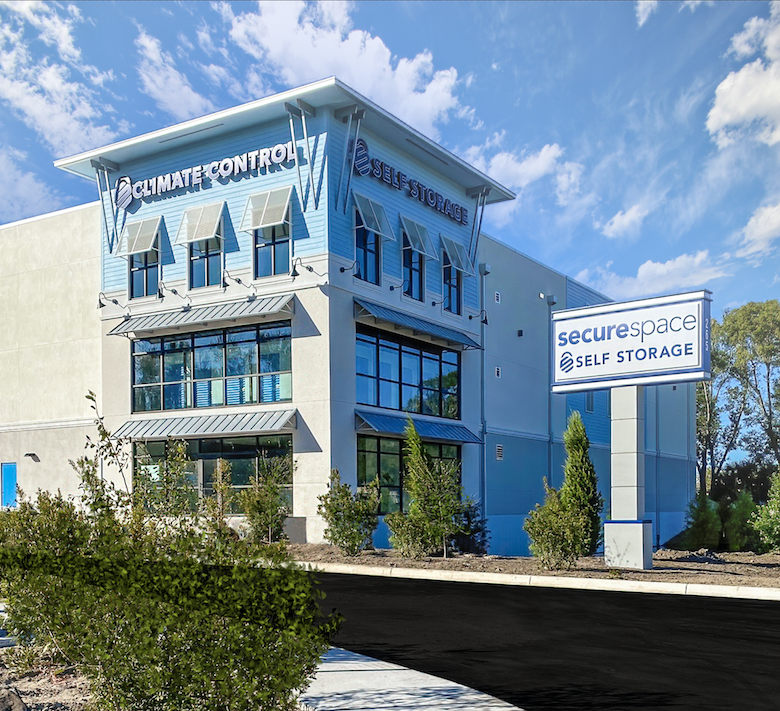 A self-storage facility will open by Feb. 1 on the same site where a fire destroyed the Gallery at Pine Auction Service at 787 W. Swanzey Road (Route 10) in Swanzey, NH. Store-It of Swanzey is owned by John Pappas, who also owned the auction house. It will have 15,000 square feet and 111 climate-controlled units. Source: The Keene Sentinel

One opening was for All Storage Celina (pictured below), a 133,575-square-foot, 1,147-unit four-story building at 920 W. Frontier Parkway in Prosper, TX, near the Frontier Estates and Light Farms neighborhoods.

The second opening was All Storage Revelstoke at 9760 Blue Mound Road in Fort Worth. The four-story structure has 211,955 square feet and 1,410 units.

All Storage also received approval to develop two properties. All Storage Plano Parkway will have two stories, 1,355 units and 180,000 square feet at Plano Parkway and Charles in Plano, TX. It is planned for a spring/summer 2022 opening.

The other new development is All Storage Chisholm Trail just off of Chisholm Trail Parkway on Summer Creek Drive in Fort Worth. It will have 230,000 square feet and 1,640 units, and is scheduled to open in spring/summer 2022.

All Storage owns and runs storage facilities in Oklahoma and Texas, focusing on the Dallas/Fort Worth area.

Blue Mountain Storage and Rentals in Lower Towamensing Township, PA plans to expand and also has changed its name to Blue Mountain Self-Storage. The Lower Towamensing Township Zoning Hearing Board voted to accept a variance to expand. Owner Todd Berger plans to add two buildings totaling 10,000 square feet to the current 8,000-square-foot business, with construction to start in the spring. Berger also plans to add an 8-foot fence with an electronic gate. Source: tnonline.com

Developers have updated plans to revitalize a former Kmart site in Acme, MI, focusing on bringing in climate-controlled indoor storage as well as building a workforce training site nearby. The developer, Lormax Stern, discussed the plans, which have undergone several changes since 2019, with township planning commissioners in December. Lormax Stern bought the 87,000-square-foot Kmart building for $14 million, and now proposes that phase one would convert that structure to self-storage. Phase one also would include a park, an easement to allow for extension of the TART Trail and more. Source: The Ticker

Plans have been filed for a climate-controlled storage facility to go up at 5275 W. Sixth St. in Lawrence, KS. Paul Werner Architects of Lawrence has asked to rezone the site, owned by Beckmeisters LLC, from multifamily apartment to light industrial.  Source: Lawrence Journal-World

The Storage Center plans to begin construction this quarter at two sites. The first is in Mobile, AL and will be a 130,000-square-foot (100,000 rentable), 1,040-unit three-story building. The expected completion time is in Q1 2022. The second site is at the intersection of Washington Avenue and Lemoyne Boulevard in Ocean Springs, MS. The three-story building will have 125,000 gross square feet (93,000 rentable) and 950 units. Construction is scheduled to end in Q4 2021. Brookwood Properties LLC of Baton Rouge, LA, is the developer/owner for both buildings. Rosehill Construction LLC, also based in Baton Rouge, is the general contractor for both. Source: The Storage Center

My Space Self Storage, under the name Hoover Road Storage Center LLC, plans to create a facility at the site of the closed Crank’s Banquet Center and Lounge at 27900 Hoover Road in Macomb, MI. Construction tentatively is expected to begin in April, with completion in February or March 2022. The project had been delayed by a parking easement dispute and the pandemic; My Space bought the building in October 2018. It began demolition in late December 2020. Source: Macomb Daily

Also in Macomb, My Space Self Storage remains interested in a $9 million redevelopment of the Sacred Heart Catholic Church into self-storage and retail. The church went back on the market after My Space let the purchase agreement lapse because of the pandemic. Vice President Gary Gerritt said My Space won’t “stand in the way” if another entity wishes to buy the church.  Source: Macomb Daily

U-Haul bought a former Kmart building at 2415 State Road in La Crosse, WI. It plans to open a temporary retail showroom this month, and is in talks with city officials about having a facility for self-storage, plus U-Haul truck and trailer sharing.  Source: news8000.com

The Los Angeles River, 405 Freeway and Los Cerritos area surround the land sought for the business. Members of the Riverpark Coalition said a park should go in there instead. There are Homeless encampments on the site. The city’s planning commission approved the storage project Dec. 17, and included zoning changes from light industrial to commercial storage. The Long Beach City Council will vote on that later. Toxic substances have been found underground in the area. It had been a sludge dumping ground for Signal Hill and Long Beach oil companies. A government agency has submitted a remediation plan for the site. The Riverpark Coalition seeks an environmental impact report. 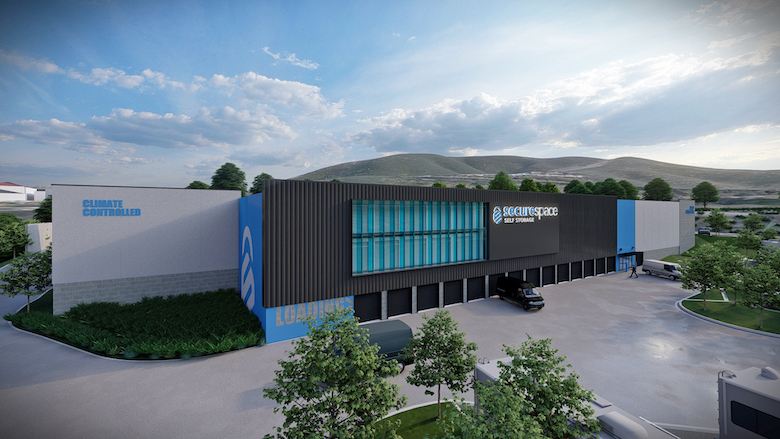 U-Haul plans to convert its property at 1119 SW Leary Way in Ballard, WA, into a five-story self-storage facility with 905 units, plus parking stalls and loading bays. The company currently uses the building as a pick-up/drop-off site for its moving trucks and trailers. Source: My Ballard

Bruce Fischman, president of Cornerstone Properties Inc. of Farmington, which owns the Centennial Plaza in Meriden, CT is sticking to his guns on plans to build a self-storage facility in two large commercial spaces that formerly held a Stop & Shop supermarket and the former Railroad Salvage building. City officials and residents prefer a new supermarket instead. “No supermarket wants to go in there,” Fischman said. “I offered lower rent and investments. We’ve been trying to get a supermarket for years. It wasn’t viable.” Source: myrecordjournal.com

Summit Heated Self Storage opened at 5104 104th Street East in the Summit area of Tacoma, WA. It has 105,349 square feet of rentable space and 843 units, both indoor and outdoor. It plans to add U-Haul moving truck rental services. Source: Patch.com

In Alabama, the Birmingham City Council has followed its 2019 rules to restrict the addition of self-storage to the city center to other central commercial districts. Self-storage remains allowed in those areas following such new stipulations as facility exteriors matching the neighborhood aesthetics and half the first-floor space being set as for retail or restaurant use. Source: Inside Self-Storage

It’s no go in Lawrenceville, GA after the city council turned down a request for Lawrenceville Hand Properties LLC to add outdoor storage, RVs and boats to a self-storage business at 420 Grayson Highway. One reason for the rejection was that the property is in the Community Mixed Use Character Area, designed for large opportunities such as mixed-use areas that build on an existing industrial or commercial character.  Source: Atlanta Journal-Constitution

In Pennsylvania, the White Township Planning Board passed an amendment to its guiding planning document that allows self-storage businesses on land north of Route 46 near Upper Sarepta Road.  Source: LehighValleyLive.com