Thinking about moving to Anchorage?

You’ve made a bold decision. Alaska certainly isn’t for everyone. The long, dark, cold winters are humbling, and while summers are pleasant and full of sun, they rarely crack 80 degrees. And then there’s the isolation: with over half of Alaska’s population residing in Anchorage’s metro area, there aren’t many other cities to visit, and even Juneau and Fairbanks are far away. And the lower 48: they’re a world — and a long flight — away.

Where Are All the New Residents of Anchorage Moving From?

Even though Anchorage seems far away from almost everywhere, it’s actually a central location for international trade because the airport is within a ten-hour flight of 90 percent of the industrialized world. So, it’s easy…

END_OF_DOCUMENT_TOKEN_TO_BE_REPLACED 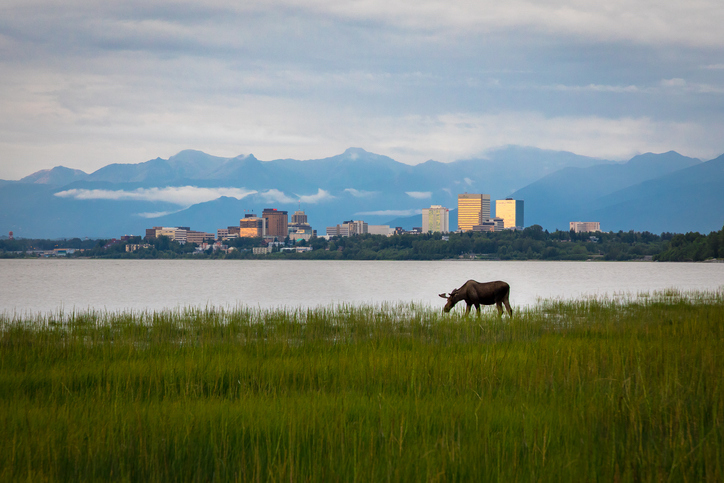 The 10 Best Neighborhood in Anchorage, AK

Anchorage is an incredible community to be a part of, as many of those looking to move into the area know. This city, the most populous in Alaska, is home to 40 percent of the…

END_OF_DOCUMENT_TOKEN_TO_BE_REPLACED

But those very things that dissuade most people from moving to Alaska are what make it appealing to those who live there. To Anchoragites, isolation is freedom, peace, and quiet. It’s access to incredible nature, hiking and hunting and fishing unparalleled elsewhere in the world. And while even most Anchoragites will admit that the winters are tough, the climate also makes it great for winter sports, and the mild winters with their long hours of sunlight make up for it all. Many of those who do choose to live here wouldn’t ever consider moving anywhere else.

And Anchorage is growing. Between 2010 and 2016, more than 6,366 people have moved to Anchorage, an increase of 2.2%. It doesn’t hurt that the government will actually pay you to live in Alaska. Thanks to the Alaska Permanent Fund, each resident of Alaska receives a portion of the taxes paid by oil companies — in 2016, that was $1,022.

Anchorage is home to 298,192 Anchoragites. With an area of 1,704.7 square miles, Anchorage has a population density of 175 persons per square mile, which makes it less dense than many other cities of comparable size.

The Anchorage, AK Metropolitan Statistical Area boasts a population of 402,557 people, of which Anchorage proper’s population makes up 74%.

Renters in Anchorage will also have a hard time finding affordable housing. The median rent in Anchorage is $1,883 per month, which is 32% higher than the US median. Over the past year, rental rates in Anchorage have decreased by 3.5%.

Anchorage’s economy has been a bit sluggish over the past few years. The Anchorage metro area’s GDP remained a steady $29 billion between 2010 and 2015. The metro area has a per capita GDP of $71,731. According to the US Census Bureau, the median household income in Anchorage, AK is $76,917, 33% higher than the national median. Anchorage’s unemployment rate is 6.5%.

END_OF_DOCUMENT_TOKEN_TO_BE_REPLACED

The Alaska Museum of Science & Nature

The Alaska Museum of Science & Nature

If you’re moving to Anchorage, you better bring your umbrella! Anchorage sees an average 115 rainy days per year, and had an average annual rainfall of inches. Anchorage is relatively humid, with an average annual relative humidity of 71. And don’t sweat it if you forget to pack your sunglasses. Anchorage only gets an average of 1,857 sunny hours per year and 61 sunny days, fewer than much of the rest of the country, although keep in mind that because of Anchorage’s northerly position, days are short with only a few hours of sunlight during the winter, and long with only a few hours of dark during the summer.

Because of its size and low density, traffic isn’t as much of a problem in Anchorage as it can be in cities in the lower 48, but there are some special conditions you need to consider when planning your commute. First, winter snows and long periods of cold weather can make driving even short distances a challenge, and most people drive sport utility vehicles of trucks. Second, Anchorage is very spread out, and you will need to drive between most destinations. Finally, you’ll need to watch out for wildlife while driving — those moose crossing signs aren’t a joke!

Thanks to its isolation, Anchorage is an expensive place to live with a high cost of living. Many goods have to be imported across a long distance into Anchorage. According to the Bureau of Economic Analysis‘s Regional Price Parity survey, which takes into account cost of living metrics including the price of goods and services and housing, Anchorage has a regional price parity of 119.2, 8.9% above the average for US metro areas.

Among the population over the age of 25, 92.7% have a high school diploma, while 33% have at least a bachelor’s degree, and 11.2% have a graduate or professional degree. 50% of Anchoragites are married. 8.2% are foreign born.

Plan Your Move to Anchorage With SpareFoot

Planning a move to Anchorage? SpareFoot can help. Use SpareFoot to find special deals and discounts on Anchorage Moving Truck Rentals. If you need a storage unit as part of your move, SpareFoot makes it easy to find storage units in Anchorage too.