Atlanta is the star of the South. Home to more than 5.6 million people, the Atlanta region ranks as the ninth largest metro area in the country, behind Miami and ahead of Phoenix. If you’re looking at joining the thousands of folks who move to Atlanta every year, keep reading. 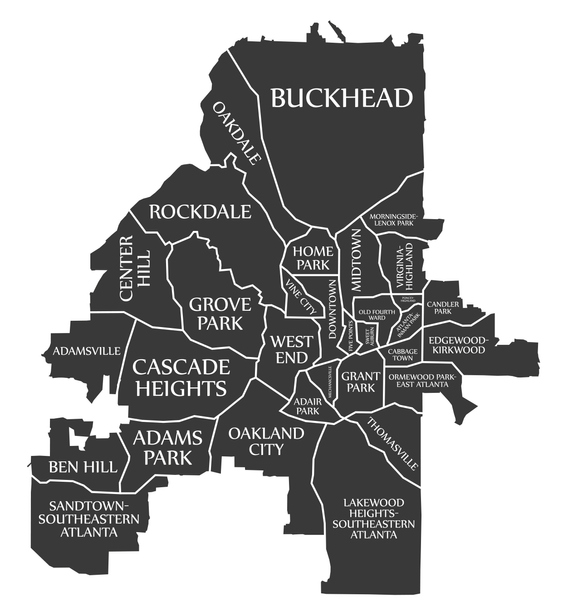 A big city with many pockets and neighborhoods that give it a small town vibe, Atlanta is family friendly and perfect for young professionals.

Atlanta at a Glance 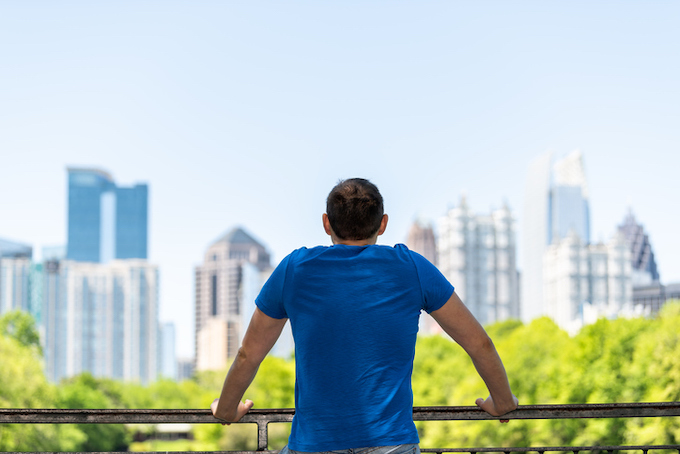 You should expect Atlanta’s population to exponentially grow over the coming years, but here is some information about where things are right now.

COVID-19 STATEMENT: For the latest updates on the coronavirus COVID-19, visit the ATLANTA HEALTH DEPARTMENT website.

20 Things to Know About Moving to Atlanta

Ready to head to the Big Peach? Before you do, here is some insider knowledge so you can more quickly get up to speed and feel like a local in no time.

OK, it’s hot. We get it. Humidity builds character, and there’s air conditioning just about everywhere. So please don’t call this place “Hotlanta.” We’ll allow “the ATL” or maybe “the A.” But like Scarlett “Don’t Call Me Scar-Jo” Johansson, we’d rather you just use the full name. It’s a sprawling metropolitan area that spans 14 counties and 50 miles in all directions. The boundary between the city and its many, many suburbs is Interstate 285. Inside that loop, you’re “intown.” Venture over 285 and you’re “OTP,” or Outside the Perimeter. Some city folk refuse to go OTP, joking that the drive is too long, the Applebee’s too numerous and the McMansions too big.

The friendly competition has become a bit more tense now that the Atlanta Braves baseball team plans to leave the city for new digs in the ’burbs.

3. We have a complicated relationship with our pro sports teams.

We proclaim a love for local teams, but we often fail to fill the stadium seats. So we’ve waved good-bye to the Atlanta Beat professional women’s soccer team (left town in 2003) and the Atlanta Thrashers professional ice hockey team (departed for Winnipeg, Canada, in 2011). The Atlanta Hawks pro basketball team doesn’t inspire a ton of local loyalty. And as mentioned above, the Atlanta Braves will relocate to the suburbs and start playing there in 2017.

There is good news though. The Atlanta Falcons are still here and their die hard fans can now watch them play in the 1.6 billion dollar Mercedes-Benz stadium built in 2017. You can also catch an Atlanta United FC (MLS) game in the stadium.

Sure, we have our share of attractions for sightseers and transplants — the World of Coca-Cola, CNN, the Martin Luther King Jr. Memorial, the Georgia Aquarium — but when we’re showing new arrivals the ropes, we take them on a food tour.

There’s the burger served at Holeman and Finch Public House. The pasta masterpieces at BoccaLupo. The brisket at Heirloom Market BBQ. The homemade ice cream sandwiches at Miller Union. The pho at Nam Phuong. The covered, smothered, chunked, topped, diced, peppered, scattered, capped hash browns at Waffle House. And before you ask: Yes, macaroni and cheese is a vegetable here. When you see it in “vegetable” column on the menu of a Southern meat-and-three, it’s not a typo. With its headquarters in Atlanta, the Coca-Cola Co. looms large — both literally and figuratively — in the city. Very few restaurants serve competing products. It’s what’s for breakfast.

6. You will hear less Southern accents in the city than you think you would.

Most of the people who live here are transplants (real natives inspire awe, like a sparkling geode). Still, you’ll hear plenty of Southern colloquialisms, like “y’all” (it’s an efficient contraction!) or “might could,” “fixing to” or “get your picture made” (only when talking about a portrait at J.C. Penney, of course). And don’t be fooled — when you hear someone say “Bless your heart,” you’ve just been insulted or you’re about to be. Southerners take care to soften the blow.

Although Atlanta stands out as a fairly liberal enclave, the state of Georgia is just as conservative. Now a battleground state, the recent presidential and senate races were marginally won by the Democratic party. The Metro Atlanta Rapid Transit Authority (MARTA), our subway/elevated train system, is clean and safe and fairly cheap to ride, but it simply doesn’t go enough places. Like, um, anywhere in Cobb County.

Never mind that humans are driving the cars. Here, the loyalty is to the automobile. Drivers will honk at you when you’re in a crosswalk or shrug their shoulders just before they mow you down. Bikers have it no better. Only the very brave will ride on our busiest streets, most of which do not have bike lanes. Even serious cyclists stick to low-traffic times of day, ride on the sidewalks or go to car-free trails like the Silver Comet.

With all those cars on the road, you’re likely to be bumper-to-bumper during rush hour and moving sluggishly at other times of the day. Locals will say that it takes about 15 minutes to get anywhere in the city, but they really mean 30. It’s best to give yourself at least 45 minutes to go across town or more to go to the suburbs.

You’re likely to get lost when you first get here, given that street names often change mid-way through a straight drive. And remember: Parking in the city is hard to find, and when you do find it, it’s often expensive. Cabs are pretty much nonexistent; even if you call for one, there’s a chance the driver just won’t bother to show up.

Hartsfield-Jackson Atlanta International Airport is the busiest airport in the world, running more than 2,500 daily flights to more than 150 U.S. destinations, and to more than 60 cities in 50 other countries

Case in point: Midtown’s Piedmont Park, a 189-acre oasis about a mile northeast of downtown Atlanta. There you’ll find playgrounds, a pond, a pool, running and biking paths, a dog park, and open fields that host recreation-league soccer, flag football and kickball games for most of the year.

Another favorite is the Beltline. Once a railway corridor running through the city, it’s now a system of trails and parks. And don’t forget the Chattahoochee River, a 430-mile waterway that draws fishers, hikers, picnickers and — in summer months — beer-drinking tubers who love to “shoot the ’Hooch.’”

Watch out for anyone with an ALTA (Atlanta Lawn Tennis Association) sticker on her minivan — she means business on the court. Though the kid leagues and beginner levels are pretty calm, the competition can get pretty ferocious as you move up the ranks in this nonprofit tennis organization.

14. It is always festival season. And then there’s Dragon Con, the annual sci-fi and gaming convention where downtown is taken over by adults and kids playing dress-up as Dr. Who, Iron Man, Spiderman, Trekkies, steampunks, anime … and any combination thereof.

As in, a glass full of sugar with a splash of iced tea. If you don’t want a glass of cavity-inducing tea, ask for it “unsweet.”

If there’s a call for the gentlest of flurries in the forecast, expect the store shelves to be cleared of bread and for schools to close. This always has been the case in Atlanta — drivers suddenly lose control at the sight of a snowflake — but even more so since the Snowmageddon of early 2014 stranded some motorists on ice-slick highways for 18 hours or more. Oh, and when it rains or the wind blows, the streetlights will go out, as most of our lines are above ground. We’ve got our share of local celebrities, from Usher to Cee-Lo Green to Tyler Perry (pictured). But we’re prouder of infamous folks like Baton Bob or Blondie from the Clermont Lounge. You also might spot visiting celebs in town, filming TV shows and movies, now that the city’s tax incentives are much more appealing to production companies.

18. Atlanta’s history in the civil rights movement is rich.

Martin Luther King Jr. was born here, lived here and preached here. You can visit his pulpit at Ebenezer Baptist Church, and see his library and archives at the King Center. The city is also home to the International Civil Rights Walk of Fame, which since 2004 has celebrated civil rights pioneers like Rosa Parks and President Jimmy Carter. And the National Center for Civil and Human Rights is set to open here in May 2015.

No, we call those creepy, crawly, shiny insects Palmetto Bugs. They take up residence in even the nicest homes in the South. And when summer arrives, so do the mosquitoes, en masse.

Even if you’ve never had seasonal allergies before, you’re likely to get them when you come to Atlanta. When it first hits you, it can feel like the flu.

Christine is a writer based in Atlanta.
WebsiteTwitter