Austin has branded itself as the Live Music Capital of the World since 1991, after decades of some of the biggest names in music history graced the humble city—Muddy Waters, Johnny Winter, Stevie Ray Vaughan, and Willie Nelson, of course.

Austinites may grumble on occasion about whether Austin has continued to live up to its not-so-humble moniker, but the musical spirit still lives on through our streets and festivals. Here are some of the best places to encounter that musical spirit.

This legendary house of blues showcased the talents of Waters, Vaughan and Fats Domino back in the day. It has moved around the city since its opening in 1975 and currently sits on 5th Street, where it hosts stars from across various musical genres. If you’re a blues purist, check out Blue Mondays. 213 W. Fifth St.

One of “the last of the true Texas dance halls,” walking into the Broken Spoke feels like walking into another time and place. Owner James White is usually stationed at the door making customers feel welcome. The Lone Star is cold, the dance floor is hot (take some lessons if your two step’s a little rusty) and the band will make a country lover out of you, regardless of your persuasion when you walked in. 3201 S. Lamar Blvd.

An intimate venue located on the UT campus, the Cactus Cafe has helped launch the careers of several folk acts, such as Nanci Griffith, Ani Difranco, Lyle Lovett and Lucinda Williams. Billboard magazine named the Cactus to the top 15 “solidly respected, savvy clubs” in the U.S. “from which careers can be cut, that work with proven names and new faces.” Stop by—maybe you’ll get to witness the birth of a star. 2247 Guadalupe St.

This one earns a place in the annals of Austin music history as being one of the oldest continuously running clubs in Austin. First opened in 1955, it has gone through various iterations—a supper club, a burlesque club, a blue collar bar, and finally a celebrated live music venue, hosting some of the biggest names in rock and alt-country. 1315 S. Congress Ave.

There aren’t many jazz venues in Austin, but The Elephant Room, boasting “cool jazz in the basement since 1991,” makes up for the lack. This is a place where jazz lovers can listen to that sweet ear nectar seven days a week. Wynton Marsalis named it to his list of ten great places for jazz. 315 Congress Ave.

Hole in the Wall

One of Austin’s clubs that grew alongside Austin when it was a humble college town and stood the test of time, the Hole in the Wall is situated across from University of Texas. Come here for acts that span the spectrum of the musical landscape, from country, rock, pop, and punk. 2538 Guadalupe.

The acoustics and the performers don’t get much better than they do here, at “Music’s Best Address,” where “Austin City Limits” continues its run as the longest running music series in American television history. A few lucky folks can get their names drawn for live tapings of ACL (which are free); otherwise, you can purchase tickets for upcoming shows. 301 W. Willie Nelson Blvd. Ste 1A.

Stubb’s spends its nights showcasing sellout acts at its outdoor Waller Creek Amphitheater and on Sunday, it sends us to church with seat-vibrating gospel music, served up alongside delicious barbecue during the Gospel Brunch. Highly recommended for newcomers and visitors. 801 Red River.

With a name that hearkens back to Austin’s first psychedelic rock venue in the 1960s on Congress where Janis Joplin and Velvet Underground once played, this new club opened in 2014 as a forum for electronic music on Sixth Street in 2014. 418 E. Sixth St. 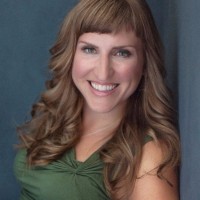 Cynthia J. Drake is a travel/finance writer and Author of Budget Travel for the GENIUS.
Twitter