SpareFoot Moving Guides » Moving to Austin, TX » Where to Live in Austin: Urban vs. Suburban
Skip to content

One of the most talked about cities in the country, Austin TX, is a magnet for transplants from all over the country. Some people come for the killer music seen while others say it’s the next tech mecca where job opportunities run rampant. Regardless of why, Austin residents are experiencing an increase in cost of living – especially in the housing sector.

Not only are homes in the city becoming more expensive, but home inventory in Austin is diminishing as well. Because of this, people are beginning to look at different living options now as they consider moving to the Austin area. If you’re priced out, or desire the suburban life, looking in areas around Austin proper may provide options that you won’t find in central locations.

If you are moving to Austin, you could consider living in three areas. So, which is better? Austin, Cedar Park or Round Rock?

Here are a few things you need to know about each:

The city itself holds a specific charm and continues attract people from all over, but what does that mean for the housing industry? On average, there are roughly 32 homes for sale in Austin at a given period, which is significantly lower than neighboring suburbs.

The average home listing for a house in Austin is $878,371. Using a mortgage calculator can give you an accurate depiction of your monthly home payments for a house in Austin, as well as anywhere else in the country. Depending on your down payment, interest rate, loan, and a few other factors, a monthly payment can be as low as $3,000 and as high as high as $7,000 in Austin.

Comparing home prices to renting options, an Austin resident pays a median rent price of $3,500 per month. Housing trends indicate an 18% week over week increase in the average-listing price and an 11% increase in median rent.

However, the convenience of living in a city may win you over. Commuting preference is a big decision making factor when purchasing a home, and many job opportunities are in the downtown area. In fact, 18% of people living in downtown Austin commute by walking, which may seem low compared to urban areas like New York City, yet is surprisingly high given the metro. Additionally, 70% of workers commute by car and only 6% commute by public transportation.

Living in Round Rock

Round Rock is a fast-growing suburb around Austin that has the attention of many prospects.

While it sits approximately 19 miles north of the downtown area, the housing market looks much more appealing, Overall cost of living is 10% to 20% lower than Austin and an average home listing price for those living in Round Rock equates to $309,176. Rent falls much lower as well, with a median price of approximately $1,600 per month. Additionally, Round Rock residents are not experiencing a rise in average listing price or median rent price in the area.

As mentioned earlier, Round Rock sits further out in the city, making 99% of residents commute by car. Over an hour to and from work can drain anyone, making this neighborhood a little less appealing.

If you are looking for a quieter suburb outside of Austin, Cedar Park could be the place for you to live. Sitting 20 miles North West of the city, Cedar Park is a quaint neighborhood, just west of Round Rock. Housing trends in Cedar Park tend to be slightly more expensive than Round Rock but still falls far below the cost of living in Austin.

Cedar Park residents spend $367,654.00 on a home and $1,675 on rent per month. On average, there are 240 homes for sale in Cedar Park as well, making it far easier on those on the hunt. Housing market trends show a one % week-over-week rise in Cedar Park’s average listing price, but their median rent per month has stayed consistent.

While it is slightly more expensive than its neighboring suburb, Cedar Park has much better commuting options, which make this area more appealing to settle down in. The train line has a couple stops around Cedar Park, making it optimal for workers to jump on and commute south into downtown Austin.

Do you prefer living in the suburbs or centrally located? Share this story on your newsfeed and let us know! 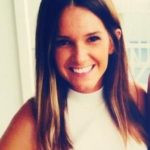 Katie is a freelance blogger who covers a wide array of topics within the real estate industry as well as the overall lifestyle for millennials. Currently, Katie writes for Trulia and other real estate sites.
Twitter