At first glance, Charlotte can feel like a simple city with its urban Uptown surrounded by sprawling suburbs. But spend some time exploring and you’ll see that this city is brimming with vibrant and distinctly different neighborhood pockets. Each one offers a mix of history and fresh development, and each comes with a unique local flavor and reputation.

Charlotte sprawls both to the north and south with seemingly countless neighborhoods, which means that limiting this list to only 10 is almost impossible. But for those seeking the city’s hottest hoods, these are some of your best bets. 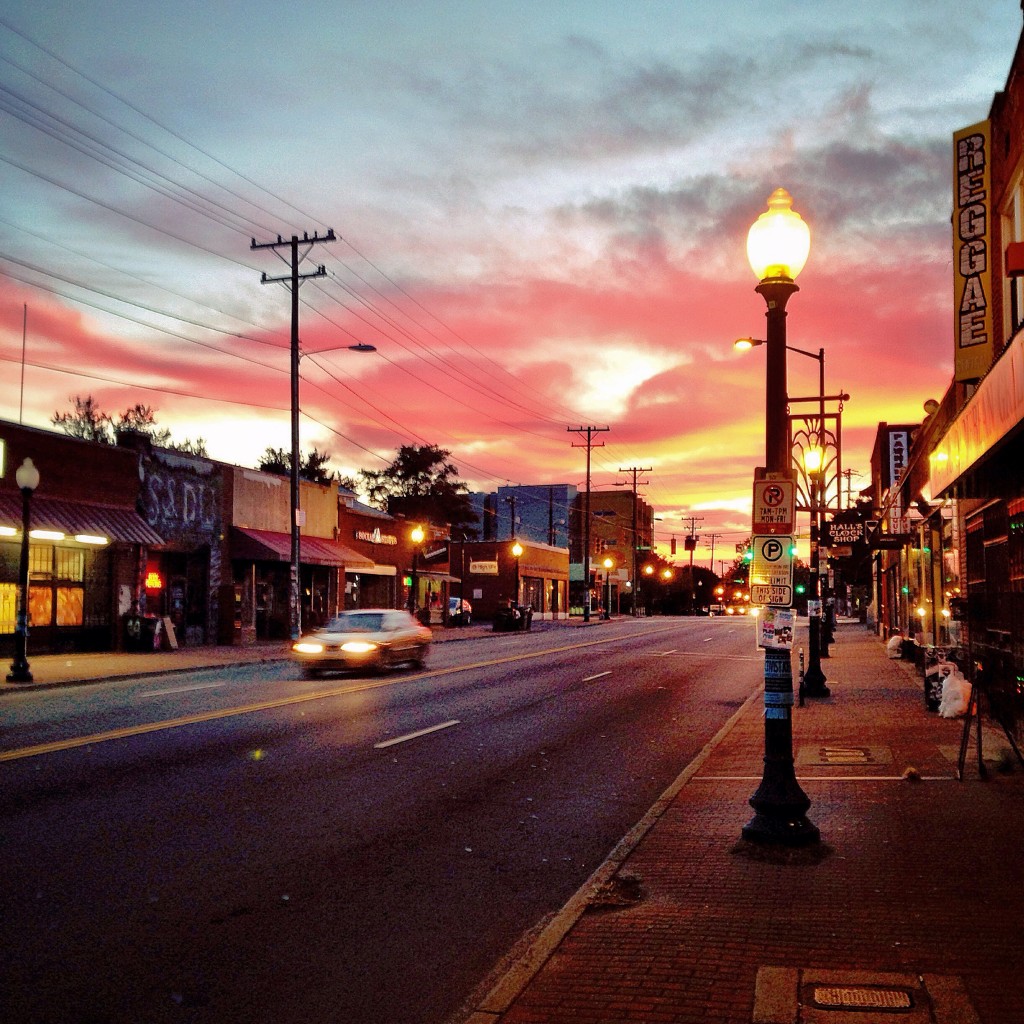 Just to the east of town, Plaza Midwood is home to historical spots ranging from the Van Landingham Estate and its gardens to the original Fuel Pizza location housed in an old gas station. Sidewalk-lined streets are filled with 1920s bungalows in the residential area and a bohemian mix of stylish restaurants, vintage shops, and dive bars in the bustling commercial district.

While snagging one of the historic homes can be difficult, this is a fast growing neighborhood with new apartment towers and town home developments constantly in the works. 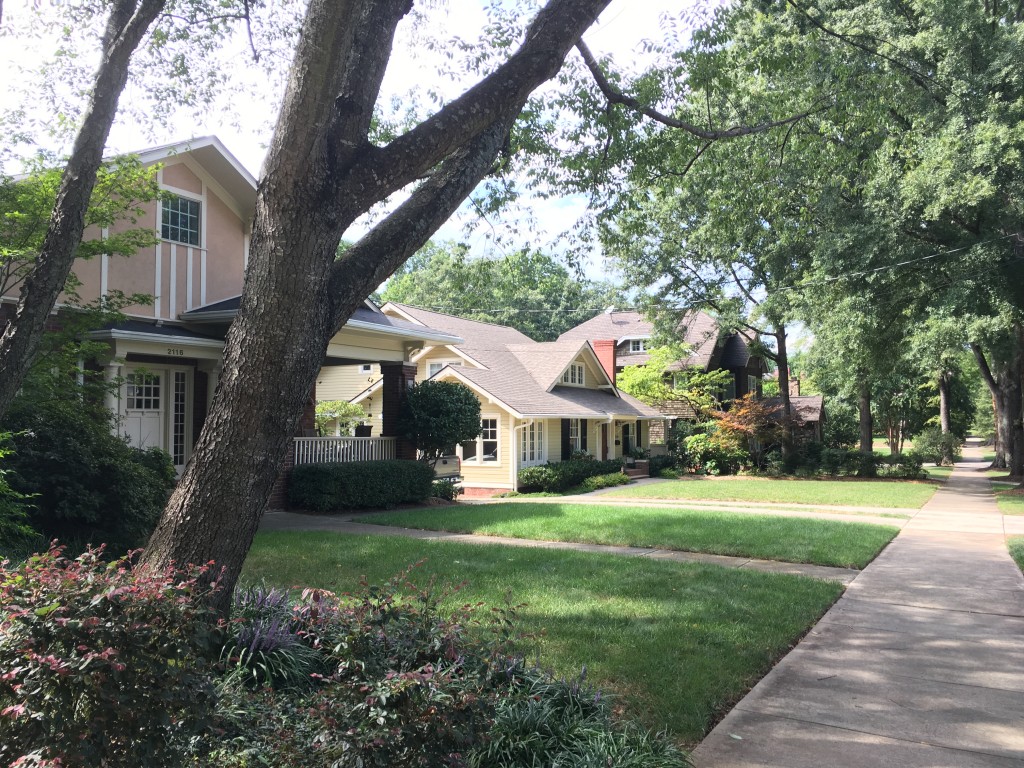 Established by Edward Dilworth Latta in the 1890s, Dilworth was Charlotte’s first streetcar suburb. These days, you’ll find some of the city’s top restaurants and shops on its streets, especially lining its main thoroughfare, East Boulevard.

A mix of grocery stores, coffee shops, restaurants, and bars, makes this a very livable neighborhood. Its residential streets with inviting front porches and large yards make it a favorite for families, while chic apartment buildings and stylish spots like Babalu or Kid Cashew draw a younger crowd.

The reasons why are long debated, but Charlotteans always refer to their center city area as Uptown—never Downtown. And while its name may remain a mystery, with is gleaming skyscrapers, thriving dining and nightlife scenes, elite sports centers, and impressive cultural centers, it’s not hard to understand why this is a popular spot to call home. No where is the city growing more rapidly than on these streets, as the many cranes dotting the skyline prove, and most apartments and condominiums are set above restaurants, shops, and office space. If you prefer walking to work—or dinner, or the game—this is your spot. 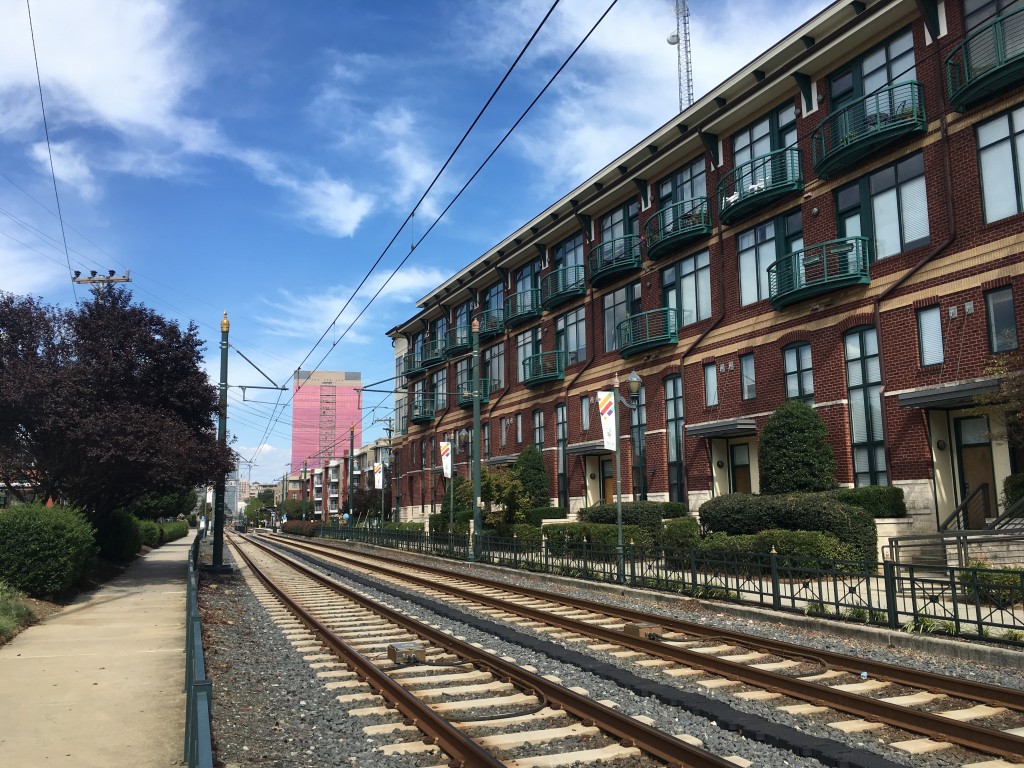 Once a mill community that struggled with changes in the textile industry, today this is one of the city’s fastest growing and hippest neighborhoods. The LYNX light rail runs through its center and into Uptown, which has made it a top pick for young professionals in search of easy transportation. Today, those former mills now house trendy bars and craft breweries, as well as markets, restaurants, and retail. Even if you don’t live in one of the countless towering apartments in South End, you’ll want to spend some time soaking up this cool neighborhood’s vibrant vibe.

This once small mill neighborhood is following in the footsteps of South End. Named for North Davidson Street, which runs through its center, NoDa is home to the LYNX Blue Line light rail extension, which will begin running through it in 2017. This means that the eclectic arts district is already growing quickly around the line, which will offer direct access to Uptown. Its mix of historic colorful homes and sleek new apartments are all within walking distance of its creative breweries and restaurants. And known for its live music venues, art galleries, and creative residents, this lively neighborhood is often buzzing after dark. 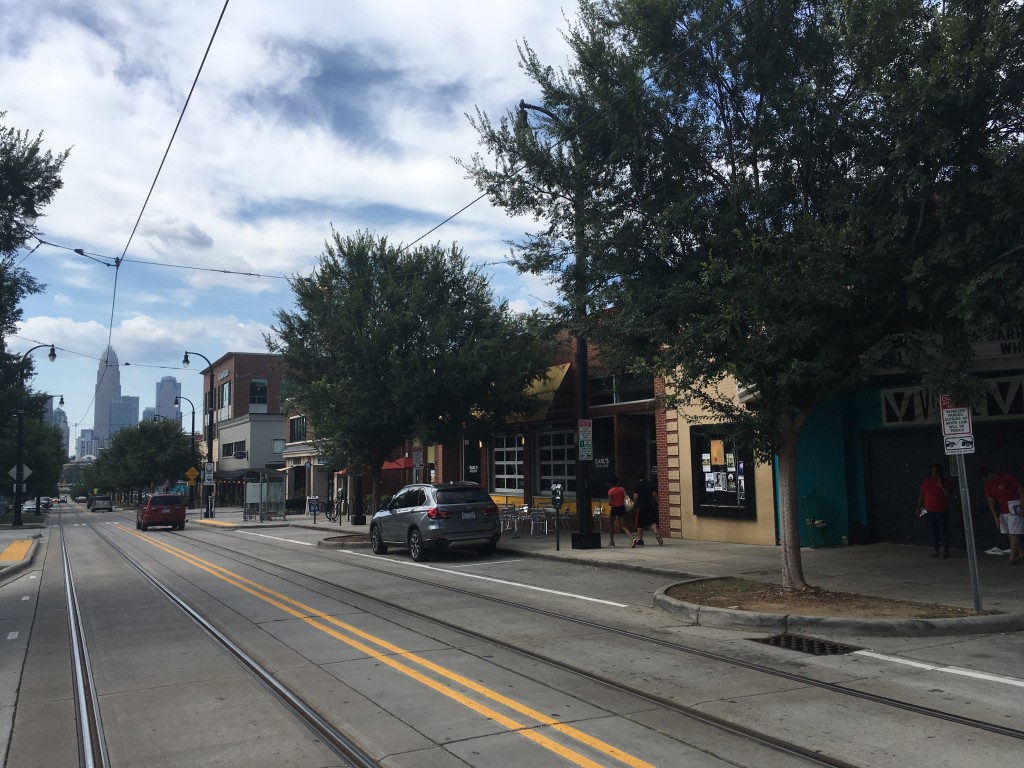 Home to the two of the city’s largest hospitals and some of its most charming historic streets, Elizabeth has long been a top destination for local families. The city’s new streetcar travels from Uptown down Elizabeth Avenue, the neighborhood’s central and pedestrian-friendly area where you’ll find a mix of upscale and casual restaurants, an eclectic grocery, a popular music venue, and even an ice cream shop. While quiet, walkable streets and tree-shaded neighborhood parks make Elizabeth feel miles away from the city’s center, its location offers one of the easiest commutes straight into Uptown. 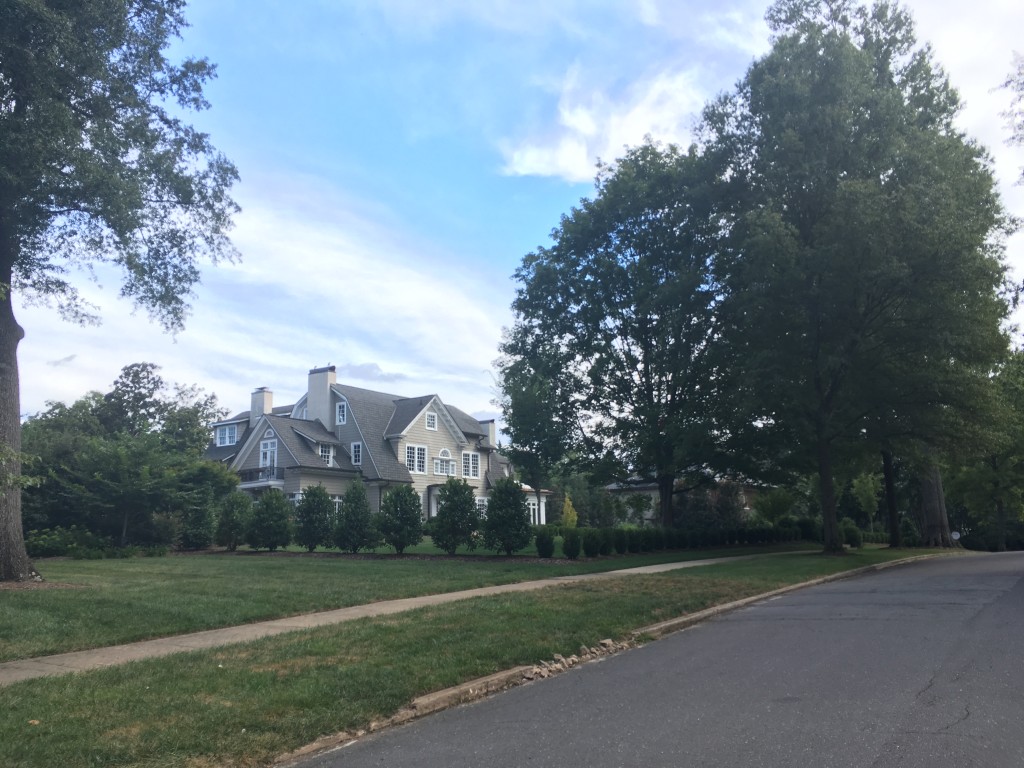 In the center of SouthPark is one of the largest luxury shopping malls in the Southeast, SouthPark Mall. Retailers like Neiman Marcus, Louis Vuitton, and Burberry draw shoppers from around the region. In the surrounding area you’ll find smaller retail and restaurant areas featuring a wide variety of shopping, dining, and entertainment options. While the shopping area isn’t easily walkable, its nearby residential areas offer quiet streets with a range of homes from 1950s ranch styles to modern mansions. The neighborhood is especially family-friendly in the summer when festivals and events like the Charlotte Symphony’s Summer Pops bring visitors from around town to enjoy SouthPark’s Symphony Park.

At the southern edge of Charlotte, Ballantyne has practically grown into its own city. Massive shopping centers like Ballantyne Village, Blakeney, and Stonecrest feature retail, dining, movie theaters, nightlife, and more. Multiple luxury golf courses beckon those who enjoy the sport, while the Ballantyne Hotel’s spa is a favorite for those seeking relaxation. Homes are often in gated and well-planned communities featuring their own pools, golf courses, and club facilities. Its distance from central Charlotte can make some options more affordable, but in general this is an upscale suburb that’s popular with families and often retirees.

Right at the edge of Uptown, Midtown offers some of the city’s best skyline views, especially from its scenic Little Sugar Creek Greenway. The greenway, which features walking and bike paths, winds along Little Sugar Creek from Central Piedmont Community College to Freedom Park. The neighborhood’s central location is The Metropolitan, a mixed development featuring shops, restaurants, and modern condos. You’ll also find popular destinations like Kings Drive Farmers Market and Thompson Park. For those who enjoy being close to the action, this busy neighborhood is a favorite.

All images courtesy of the author (unless otherwise noted). 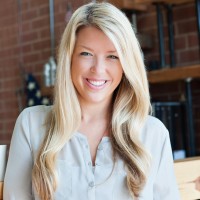 Sarah Crosland is the Executive Editor of Magazines for the Charlotte Observer and the author of Food Lovers Guide to Charlotte and 100 Things to Do in Charlotte Before You Die. When she’s not writing about the city, she’s talking about it on local television and on her weekly CharlotteFive podcast.
WebsiteTwitter