So you’ve decided to move to Chicago. Wonderful! Maybe you even have an idea of a neighborhood or two or three you’d like to live in. Even better! Now comes the matter of finding a home.

Of course, if you’re new to the area, it might be a good idea to rent to begin with, so that you can acclimate to the city and figure out which side of town is the best match for your lifestyle and interests. Or you may feel ready to take the plunge and own your own place. Either way, you’d be wise to get help from a realtor rather than trying to go it alone — especially since attractive properties in the city don’t stay on the market for long these days.

But where do you start in the search for your Chicago dream home? Some of the Windy City’s highest-rated realtors, listed below, would be a good place. 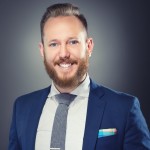 Nathan Binkley appears to have won over his clients very quickly, and that probably has a lot to do with his background in the hospitality industry in addition to his work as a small business owner and entrepreneur.

And the numbers speak for themselves: According to Chicago Agent magazine, Binkley has been a top producer at @properties’ River North office since 2013.

On Yelp, clients describe Binkley as patient, professional and “hilarious,” as well as detail-oriented and hard-working. 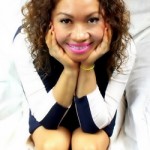 Born and raised in Chicago, Sonia Figueroa knows this city like the back of her hand. And she makes it a point to use that knowledge to her clients, particularly the first-home home buyers and sellers that she said she specializes in serving.

But for Figueroa, it’s not just about sharing information and finding a good deal for her clients. It’s also about taking that extra step and making the experience memorable and fun — bringing a level of excitement and energy to the table that also comes through her YouTube channel and Facebook presence.

“I got into real estate because my realtor didn’t help me and give me the customer service I needed when I was looking for a home,” Figueroa said. “There wasn’t that excitement or happiness when I looked for a home. I didn’t want that to happen to the general public.” 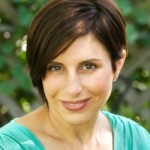 Nicole Hajdu knows a good deal when she sees one. With an extensive background in construction and renovation projects, Hajdu said that she is particularly meticulous in spotting the potential and value that any given property might have — not just what it currently happens to look like.

This is just part of the reason Hajdu’s clients rave about her. Among her five-star Yelp reviews, Hajdu is credited with being responsive and knowledgable, prompt and thorough — though without rushing her clients to make decisions they might not be ready to make.

“If you want the most thorough realtor who handles everything from showings to appointments to closings you will not find anyone better!” one glowing Yelp review read. 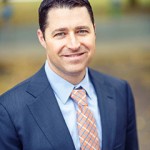 Lance Kirshner is something of a jack-of-all-trades. Not only a licensed realtor since 2004, Kirshner also is a certified residential appraiser and is comfortable working with any sort of property — condominiums, investment properties, commercial spaces and everything in between.

Recognized as a Top Chicago Producer since 2011, Kirshner is admired by his clients for his deep knowledge of both the often overwhelming buying process and the many unique qualities of Chicago’s real estate market — a key asset in an industry where speed is often the key.

“Once we found the place I wanted, he had the knowledge and contacts to swiftly execute all the needed steps to successfully close the deal properly and on time,” one five-star Zillow review read. 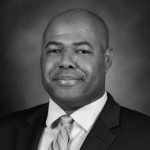 The owner and managing broker of Ani Real Estate, a boutique brokerage, Lutalo McGee has been in this business for some time.

In the nine years since he opened his brokerage, he has earned positive reviews for the way in which he addresses the needs and concerns of a broad range of clients, everyone from first-time buyers to experienced investors.

McGee’s brokerage focuses largely on the west and south suburbs, as well as the south side of the city, and his clients tout him and his team for their professionalism, patience and persistence in getting them into the properties they desired. 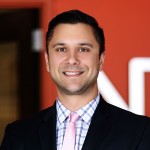 It was only five years after graduating from college in 2004 that Scott Newman opened his own Newman Realty and he’s never looked back since.

Leading a team of some 12 agents, Newman’s brokerage is lauded for knowing the Chicago market so well because they live there and love the city just as much as their clients. Their clients applaud the way in which agents help them move quickly — to avoid missing out on a place — without getting too pushy.

So to what does Newman credit his success? He told Realtor magazine in their 30 Under 30 issue in 2011 it was his background in competitive body-building: “This dedication and willingness to go to extremes has given me a strong foundation on which to build my professional career.” 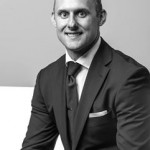 You could say that Mike Opyd wrote the book on finding a Chicago home for first-time buyers. Because he literally did: Last year, his book “How To Buy Your First Chicago Home” was published.

Opyd’s expertise has not gone unnoticed, being named among Chicago Agent magazine’s “Who’s Who” for two years running and being part, along with his peers at Matt Laricy Group, of one of the city’s top-ranked real estate teams.

That sort of a track record is important, Opyd said, in a market like Chicago’s, where properties can move fast and it helps to have an agent known for making deals happen in your corner.

“If you’re buying, make sure you are ready to move quickly on any property you are interested in,” Opyd said. “It likely won’t be around tomorrow.”

Millie Rosenbloom is recognized as a trailblazer in Chicago’s real estate industry. In 2014, she was inducted in the Chicago REALTOR Hall of Fame in honor of her 25 years of happy clients and hard work.

Rosenbloom has said that real estate is “in her bones” and that she takes pride in leaving “no stone unturned” for her clients. That approach has landed her among the city’s top 1 percent of real estate brokers.

But just because she’s no novice to the industry doesn’t mean she’s too set in her ways, either — a Facebook review from a client noted that Rosenbloom “is constantly staying ahead of the curb … by taking advantage of the latest tools and technology to provide you with an unparalleled level of service.” 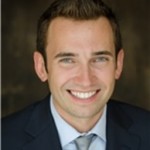 Akos Straub, The Group | RE

After 15 years in the industry, Akos Straub is still in it for the thrill. He says he loves waking up every day and not knowing what challenges and opportunities lay before him and his team.

“I never know when a new lead comes my way, what the inspection reports revealed, how my clients are feeling, or what’s going on with my team,” Straub said.

That passion spills over to his clients as well. Among his many five-star Yelp reviews, Straub is credited with making sometimes tense, drawn-out situations less stressful for homebuyers and it shows — his team ranks in the top 1 percent of Chicago realtors. 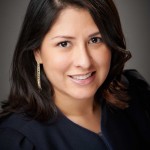 Erika Villegas is a favorite among her clients, who describe her on Zillow as enthusiastic, attentive and confident in guiding them through the buying process. These qualities have made her a top Chicago producer.

Focusing her work on the city’s southwest side, Villegas has been recognized as one of the nation’s leading Latino real estate agents and served as a board member for the National Association of Hispanic Real Estate Professionals’ Chicago chapter.

Through it all, she says honesty and professionals are the best qualities she makes it a mission to bring to her clients.