SpareFoot Moving Guides » Moving to Dallas, TX » How to Survive Summer in Dallas
Skip to content 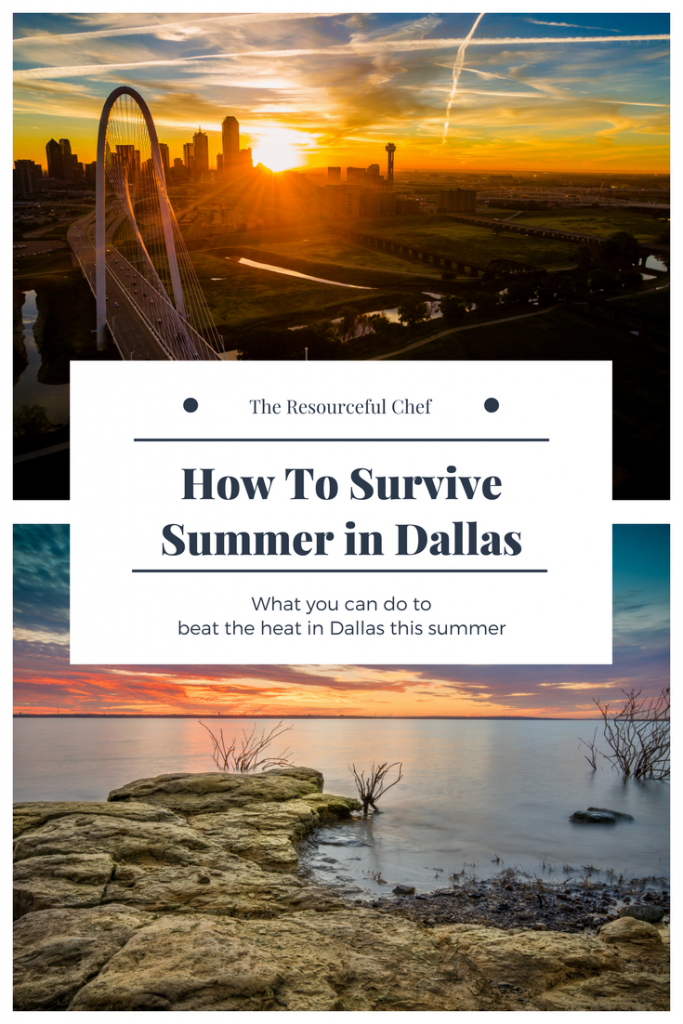 Baby, it’s hot outside. In Dallas, that means it’s unbearably hot, but fear not, we’ve got several great ideas to beat the heat if you are spending your summer in Dallas. And no, we are not going to suggest you fry your breakfast on the sidewalk.

Here are several things you can do to beat the heat in Dallas this summer:

Get into the water

There are several options here, including a handful of state parks and plenty of water parks. Try Hurricane Harbor or pick one of the Hawaiian Falls Waterparks. Float the lazy river and leave those long lines at the slides to the kids and teens. Or, cool off at Burger’s Lake, a spring-fed lake in Fort Worth that may not get as warm as many backyard pools in the heat of a Texas summer. Take a break from the sun and enjoy the indoor waterpark at Great Wolf Lodge.

Have a cold drink

Yes, we know water is recommended to stay hydrated, but, if you have a designated driver, we recommend you try a margarita at Gloria’s Latin Cuisine or El Fenix, both with multiple locations around Dallas-Fort Worth. Stop by a craft brewery such as Nobel Rey Brewery for its Steampunk-inspired brew, or head to LUCK in Trinity Groves, which carries a wide variety of craft beers, all brewed within a 75-mile radius of the Dallas restaurant. Prefer lemonade? Try a green tea mint lemonade at B.B.Bop Seoul Kitchen or enjoyed fresh squeezed at any Chick-fil-A or In-N-Out Burger. Of course, it’s not summer without snow cones. Visit your neighborhood stand to enjoy.

We do like indoor options in the summer for staying cool. The Dallas Museum of Art is free every day with the exception of special exhibits. If you live on the Fort Worth side of the area, visit The Modern. If you have kids, Perot Museum of Nature and Science will be a big hit.

In Dallas, we are fans of The Angelika because you can find movies here beyond those in wide release while also enjoying something from the coffee bar. Or try the Inwood Theatre where you can watch an independent film while stretched out on a recliner or couch, or the Magnolia, which has a bar lounge and allows you to bring your drink into the theater.

What’s up Dallas! See y’all soon at the Bowl and Barrel from 5-7pm tonight! pic.twitter.com/0bYc7ZrA9B

Ok, so maybe it sounds a bit corny, but bowling alleys are air-conditioned and if you haven’t bowled in awhile, or never, what the heck, this could be fun and you’ll stay cool. Some bowling alleys are actually pretty hip. Check out Bowl & Barrel, Dallas’s first upscale bowling alley or Bowlounge, located in a funky warehouse in the Design District.