A city embedded with over 300 years of history certainly has a few stories to tell. Founded in 1701 by French explorers, burgeoned by the fur trade in the 18th century, Detroit would later serve as an important place of refuge for slaves seeking freedom through the Underground Railroad in the 1850s and ‘60s. Henry Ford, a complicated figure in the tale of Detroit’s automobile empire, brought a diverse and eager population of workers to the city in the early 20th century; their families would remain in the city for generations, long after they finished their exhausting shifts at the Piquette Avenue Plant downtown.

After decades of thriving economy and population, the last fifty years have found Detroit shifting in difficult directions. It is a city massive in size at 142.87 square miles, but now home to a scanty 680,000 residents, down from almost 2 million people at its boom.

As you consider your move to Detroit, here are a few things you should know. In the heart of the Motor City are many small, well-loved neighborhoods—several on the National Register of Historic Places—where community, business and family are thriving. In the last decade, young people, professionals and suburbanites are returning and arriving in Detroit to live, work and play in exhilarating numbers. Families and couples are dining at the hundreds of new restaurants in Corktown, Midtown and Downtown; tourism in the city is up.  People are excited to come to Detroit.

And they should be! The cost of living is low, new jobs are being created every month and the median home price in the city is less than $40,000.

Undoubtedly, there’s a lot of work left to do in Detroit, on the streets of our city, in the neighborhoods where we live. Luckily, when you get here you’ll surely see—-the people of Detroit aren’t afraid of a little hard work. In fact, that’s exactly how this amazing city was built. 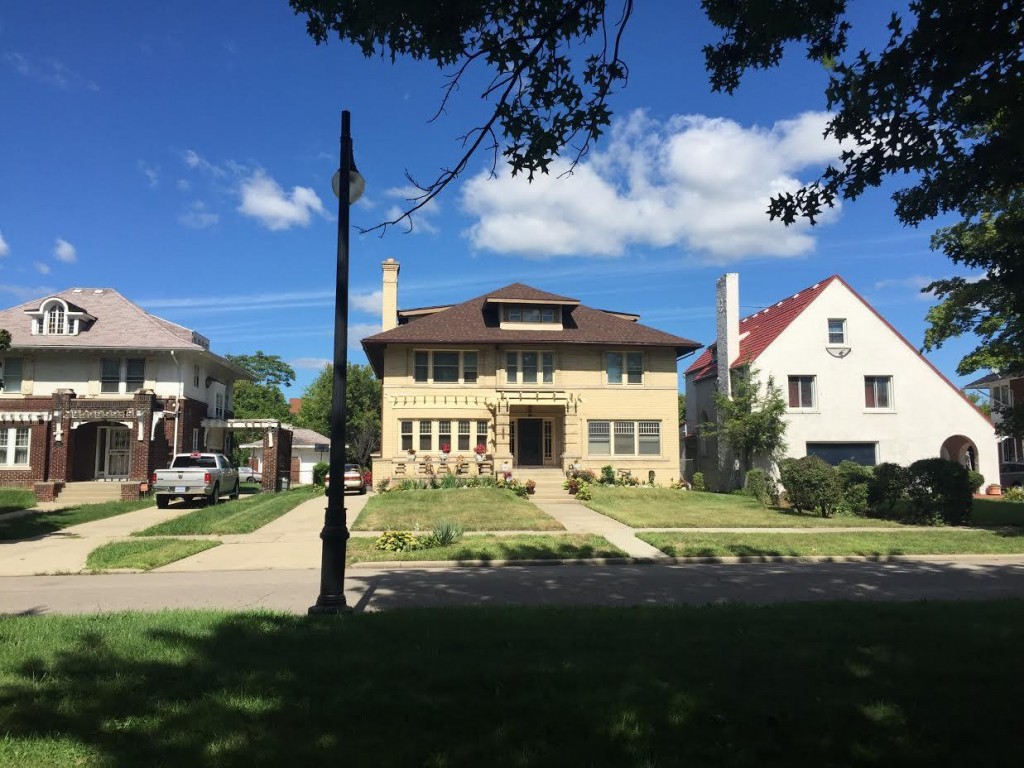 According to their website, this district proudly “boasts the Historic Boston-Edison Association, the oldest continuous neighborhood association in the City, founded in 1921.” 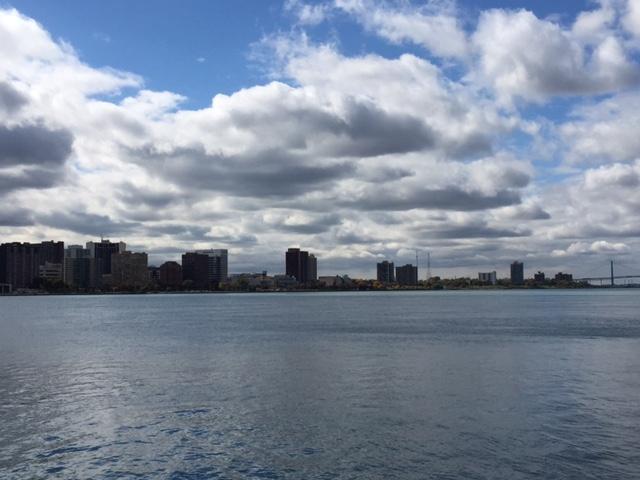 Construction along the waterfront of the Detroit River is fast and furious as millennials, young families and empty nesters forgo suburban life for a cityscape against the breathtaking views of the Windsor skyline. And who can blame them? Living in the epicenter of Detroit, close to the iconic Renaissance Center, Cobo Center and the convenient tunnel to Canada, and just a short walk away from the home of the Red Wings at Joe Louis area—there’s not much more a resident could want. Perhaps a free 5.5 mile paved path along the river, meant for walking and biking, lined with comfortable benches and even reading libraries? You’re in luck—Riverfront living offers that too.

A neighborhood located on the “near-West side” of the city, Woodbridge is brimming with homes that will have your mouth agape in wonder. Perhaps it’s no real wonder, then, that the Woodbridge neighborhood is actually forever recorded on the National Register of Historic Places. With quaint apartment dwellings and great brick homes built between the 1880s and the 1920’s, the quiet, tree-lined streets of Commonwealth or Avery will have you dreamily questioning if you’ve just stepped off a streetcar—and right into another era. 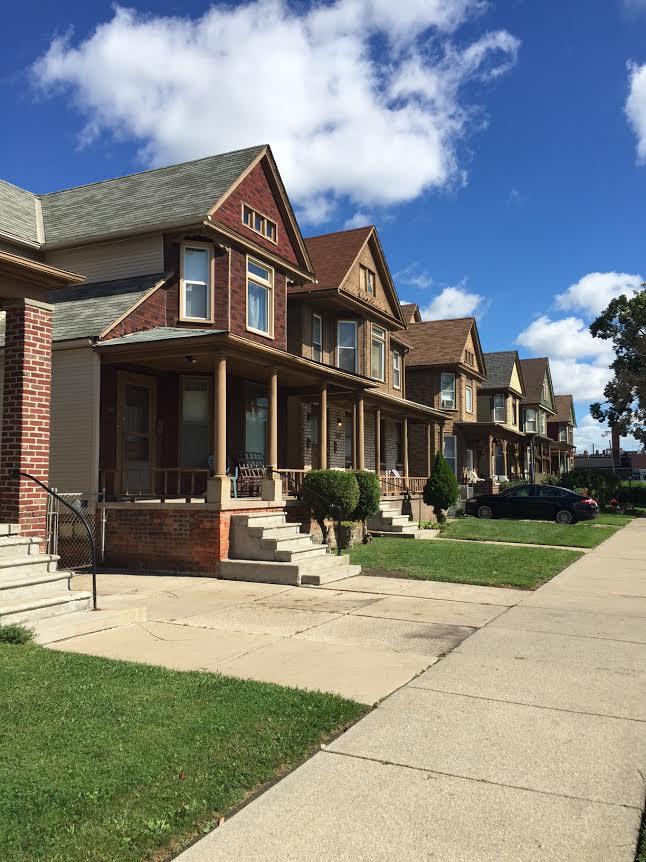 The oldest neighborhood in all of Detroit, Corktown was settled in 1850 by Irish immigrants fleeing the Great Potato Famine. Traipse down the residential streets and you’ll find an eclectic collision of old and new; Victorian homes with sprawling front porches lined up in narrow rows, every fifth one painted an exciting hue of neon: purple, yellow, green.

Corktown holds the hearts of so many in the entire metro area, as the corner of Michigan and Trumbell streets is where the beloved Tiger Stadium stood from 1912 until the Tigers moved to their new digs at Comerica Park in 1999. Expect to find real estate competitive in this hip neighborhood, where homes are only infrequently for sale and in extremely high demand. 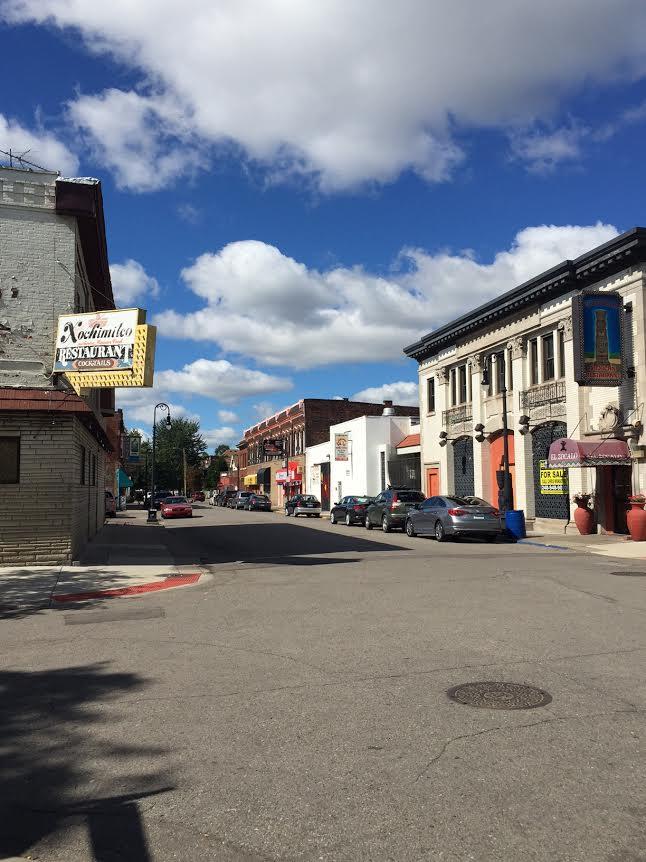 Located with easy access to the Canadian border crossing at the stately Ambassador Bridge, Southwest Detroit is a neighborhood in the city that has struggled with crime and a subsequent declining population over the last decade. What remains embedded, however, in this neighborhood of just over 40,000 residents, is a culturally diverse community brimming with optimism over what the future holds.

Home values in the 20 square mile area are increasing in value, but still remain incredibly affordable—even by Detroit city standards. The unique “community within a community” atmosphere of Southwest Detroit, and in particular, the area of Mexicantown, will appeal to those searching for their own comforting niche within the looming space of the city sprawl.

Situated just east of Downtown, Layfette Park is a neighborhood that emerged in the 1940’s as part of an urban renewal program in the city. It stands now as a stunning picture of mid-century, modernist design, where many of the buildings were imagined by the creative mind of Mies Van der Rohe. To this day they remain his only structures in the state of Michigan.

The bustling Saturday Eastern Market is just a short walk away from the Layfette Park neighborhood via the popular Dequindre Cut, an old railroad line converted into an eclectic, graffiti art-filled “urban recreational path” which opened to the public in 2009.

In 2016, the neighborhood of Rosedale Park celebrated it’s “First 100 Years” and the community of brick houses, most of which were built before 1940, has continued to joyfully survive—and actively thrive. With over 1500 homes in the neighborhood, Rosedale Park is one of the larger residential areas of the city. Home prices range from around $50,000 for a 2,000 square foot colonial in need of a few updates, to a brick Tudor in move in ready condition, listed for just under $120,000.

What makes the city of Hamtramck so peculiar—and wonderful– is that it is indeed an entire city within a city. With a population of just over 20,000 residents, Hamtramck is a fully independent city of 2 square miles, completely surrounded by Detroit on all sides, except for one small border that it shares with Highland Park—another city that is completely encased within Detroit.

For over a century, Hamtramck has been the warm home to an ethnically diverse population, and in particular, to a large number of Eastern European inhabitants. Many Polish traditions, such as the delicious Shrove Tuesday celebration known locally as Paczki Day, have long been happily and hungrily adopted throughout the entire Detroit Metro area. 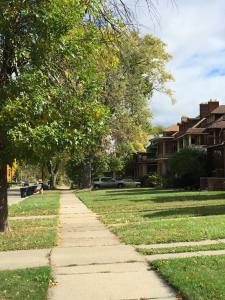 A neighborhood on the northern edge of the New Center area of the Motor City, Virginia Park is another historic district where magnificent brick homes line the street, some dating back over a full century. Look for houses to encompass a Colonial Revivalist, Tudor and “Neo-Georgian” style—and expect them to be in various states of repair.

While just a few decades ago there were a disquieting number of abandoned homes on the streets of Virginia Park, private investors and non-profits have worked together with individual homebuyers to change that. The landscape of the neighborhood has transformed drastically in just a few short years, with young professionals now sharing several newly renovated rentals in the area and residents up and down the streets striving to preserve the history—and the future of the stately Virginia Park. 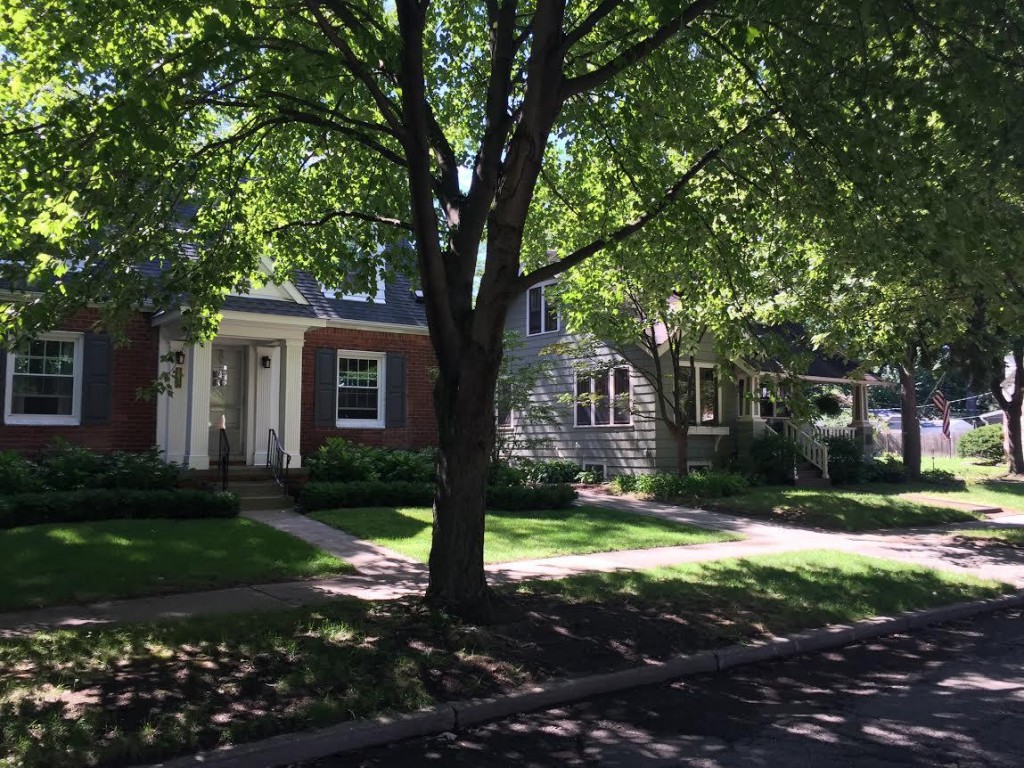 As you make your way out of Detroit city Proper and into Oakland county on the north, you’ll find yourself in the “bedroom community” of Ferndale. An eclectic city, known for its LGBT community and progressive policies, Ferndale has a fun and active nightlife with many tempting restaurants, bars and clubs.

The majority of the homes in the city were built from 1920 to 1950, as families flocked to the area to work in Detroit’s booming automobile industry. Expect to find homes in Ferndale quite move in ready—and quite affordable; the cute bungalows and charming Tudors are priced at a median home value of just under $130,000. 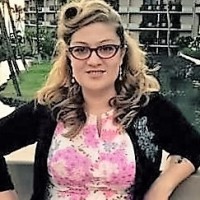 Nicole Jankowski is a freelance writer and lifelong resident of the Detroit Metro area. Her work has been featured in U.S. News and World Report, Thrillist Detroit, and The Washington Post, among others. She loves history, martinis, vintage dresses and her rowdy bunch of kids-- -and not necessarily in that order.
WebsiteTwitterFacebook

Everything You Need to Know Before Moving to Detroit

The Motor City has had its fair share of ups and downs over the years. From it’s days as a fur-focused European settlement, to it’s time in the sun as the global leader in automobile…

END_OF_DOCUMENT_TOKEN_TO_BE_REPLACED

The Detroit metro area was the tenth fastest-growing economy among the 20 largest US metros in 2016. In 2015, the Detroit-Warren-Dearborn, MI Metropolitan Statistical Area generated a gross GDP dollar value of $219 billion. In…

END_OF_DOCUMENT_TOKEN_TO_BE_REPLACED

Here’s How Many Houses You Could Buy in Detroit

Detroit was one of the hardest hit housing markets during the last financial crisis, but the resilient Midwest metropolis is making a comeback. At the end of August, home prices in the Detroit metro area…

END_OF_DOCUMENT_TOKEN_TO_BE_REPLACED

Where New Residents of Detroit Are Moving From

Detroit is a city on the mend. After years of decay, the city is rebounding thanks to a rising wave of creatives and entrepreneurs that are seizing the opportunity to establish roots in “The D”….

END_OF_DOCUMENT_TOKEN_TO_BE_REPLACED

City of Detroit website Everything you need to know about living in Detroit. Chock full of useful resources, including information about the City of Detroit government, calendars of city meetings and events, important city terminology and more….

END_OF_DOCUMENT_TOKEN_TO_BE_REPLACED

A city embedded with over 300 years of history certainly has a few stories to tell. Founded in 1701 by French explorers, burgeoned by the fur trade in the 18th century, Detroit would later serve…

END_OF_DOCUMENT_TOKEN_TO_BE_REPLACED

As you rifle through years of accumulated “stuff,” surrounded by half unpacked boxes in your humble new abode, the odds are high you’re feeling pretty overwhelmed. Or maybe overwhelmed is putting it mildly—at this point,…

END_OF_DOCUMENT_TOKEN_TO_BE_REPLACED

That incredible job is waiting for you in Detroit or you’re finally moving back to the D after decades of lamenting for your old hometown—the only question that remains unanswered: how will you find the…