SpareFoot Moving Guides » Moving to Houston, TX » Should You Still Move to Houston After Hurricane Harvey?
Skip to content

That is the question you may be asking yourself after the devastating effects Hurricane Harvey had on Greater Houston. If you do relocate here, what you’ll find is that Houstonians are a hearty bunch. Just ask those lifelong Astros fans getting their first taste of a World Series championship. Or ask those who endure the recent scare of storms and flooding.

Even with those ups and downs, lots of people are staying put while more people continue to arrive from other areas to call Houston home—where within a two-hour drive you can be on the beach, in the woods, or in Louisiana, depending on your heart’s desire. Still others displaced by the storm, have decided not to return. 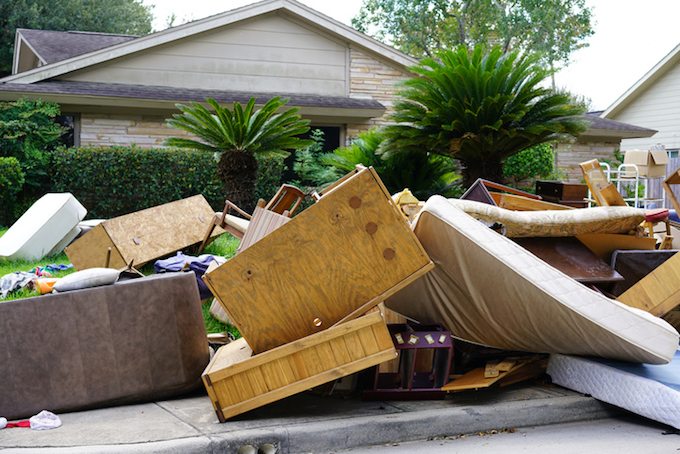 Houston’s History of Ups and Downs

Houston has weathered shakeups before, including blows to the economy and whacks taken from other storms.

Back in the day, some decades ago, Houston tied the core part of its economic character on the oil industry. Engineers, geologists, and related professions made their way to Houston. But in the 1980s, with a growing surplus of oil and falling oil prices, the Houston energy sector took a major hit leading to thousands of layoffs.

But guess what? Houston took that challenge to task.

Although, the economy later diversified on the shoulders of the Texas Medical Center, finance, and other sectors, Houston still leans on the energy industry with arguably more of a supporting cast this time around. The ensuing diversification and growth helped to draw more people to live and work in Houston. According to the Greater Houston Partnership, more than 800,000 people became residents of the metropolitan area from 2010 to 2016. More people continue arrive, despite the most recent economic downturn that Houston has begun to emerge from before Harvey hit.

What Happens After Harvey?

But how has Harvey affected the area, its people, and its economy?

Well, let’s be honest. Harvey isn’t Houston’s first go-around with major storms. And it won’t be the last. For some time in Houston, the consensus has been wondering when the big “one” was going to hit—that big hurricane, that big storm. Nowadays, the question is when the big ones keep hitting, how will Houston keep responding?

Two previous storms, for example, Tropical Storm Allison and Hurricane Rita also threw punches and knocked Houston a bit. And Houston learned from them. But Harvey was unprecedented in its devastation. According to the GHP: 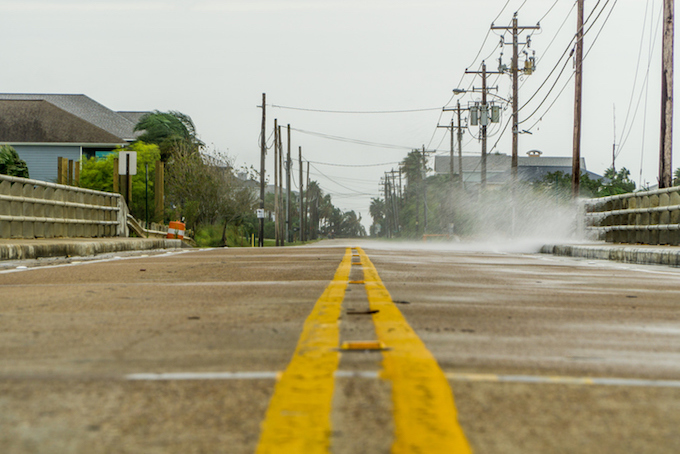 On another note, the Houston Purchasing Managers Index (PMI), a short-term gauge of regional production from different industries, registered 48.6 in September, up from 46.5 in August. A reading above 50 signals economic expansion in Houston over the next three to four months. A measurement below 50 means contraction. The September reading, according to a GHP November 2017 economic report, suggests Houston has made a partial recovery from Harvey.

The various numbers go on and on, but so too will the various hurdles Houston will have to face.

Living in Houston is a ride. It’s a journey from oil bust to economic promise. It’s a wild run with your local sports team to a championship or into a revolving wall of heartbreak. It’s taking in neighbors from Louisiana after Hurricane Katrina. Or it’s taking in your neighbor from across the street who got flooded out of their home after Hurricane Harvey.

That’s H-town. Solid as a rock at its heart. And then watch it roll. Challenge its compassion, and you’ll see its soul. Harvey is the most recent look at why you should move to Houston. Surely, that may seem an odd thing to say. And yes, there’ll be more economic downturns and, of course, more storms, too.

What makes Houston a place to live, if you’re considering moving here, isn’t about oil or water. What makes Houston is its folks. They don’t always agree when it comes to politics, or about what’s the best barbecue joint in town, or what to do when the next major storm comes.

But you can bet on one thing. Whatever kind of storm does hit, H-town will again roll up its sleeves in strong-town fashion, through recovery, rebuilding, and resurgence.

Walker is a freelance writer in Houston