Most people think of Las Vegas as an escape from reality. Sin City is branded as America’s gambling capital, filled with revelers who eventually fly home.

But what is life like as a Las Vegas local? What do you need to know before you move to this desert oasis that thrives on its reputation as Sin City? 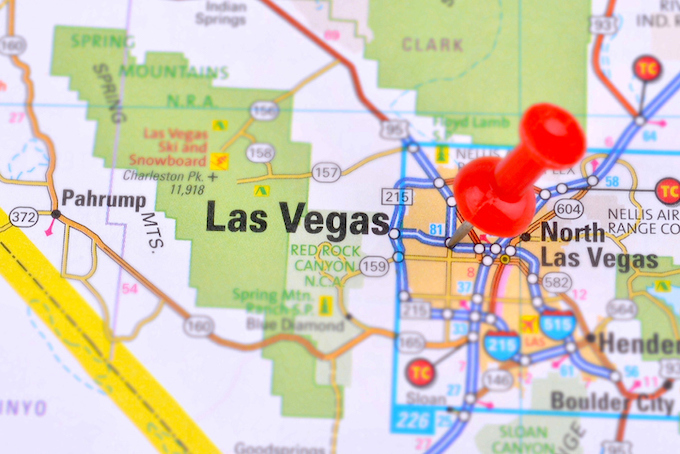 There’s a lot more to Las Vegas than the glitz and glamour of casinos and cabarets. Distinctive areas of town are home to the locals who have taken advantage of the city’s booming job market. Here are some of them:

Las Vegas at a Glance 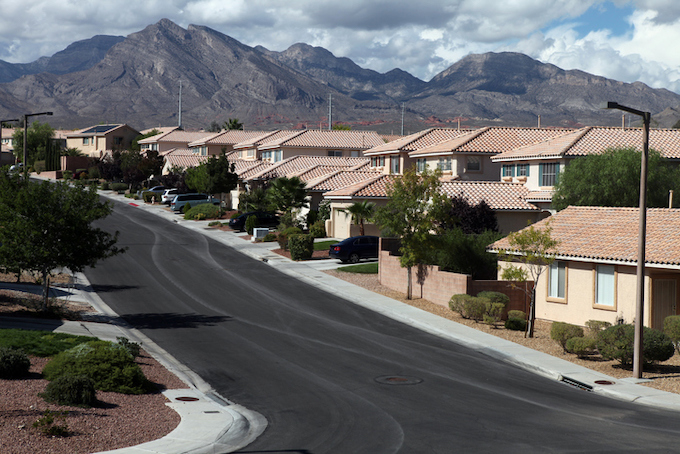 The entertainment capital of the world should also earn recognition as a downright pleasant place to call home. Here are some current living stats for those thinking about moving to the Las Vegas area.

For the latest updates on the coronavirus COVID-19, visit the LAS VEGAS HEALTH DEPARTMENT website.

20 Things You Need to Know Before Moving to Las Vegas

Keep these handy tips in mind and you’ll be a local Vegas legend in no time.

The Strip is crowded, expensive, and choked with stop-and-go traffic. As a Vegas local you’ll almost never go to the Strip, choosing instead to enjoy restaurants and entertainment in areas like Downtown Summerlin, Downtown Vegas, and Town Square.

The exception to the rule above? Your out-of-town friends will arrive unannounced, invite you to party with them on the Strip, and then ask to crash in your guest room indefinitely.

During your first year as a Vegas resident, your home will be a revolving door to a nonstop parade of friends who’ve decided to visit. Pace yourself, and good luck.

3. The Strip and Downtown are Not the Same.

Let’s clarify that the famous Las Vegas Strip is a separate place from Downtown Las Vegas.

The Strip is located in unincorporated Paradise, Nevada, and runs north-south along an approximately 4-mile stretch of Las Vegas Boulevard. That same road then runs through another few miles of scattered shops and businesses before it connects to Downtown Vegas, a newly-revitalized neighborhood that’s drawing lots of new residents.

We’ll miss you, Welcome to Downtown Las #Vegas sign ? #dtlv (it was destroyed in an accident yesterday) pic.twitter.com/DAjYfow8ar

This neighborhood was the hottest spot in the area during the 1950’s. Gambling and tourism later moved to the Strip, but tourists still flock downtown to check out the Fremont Street Experience, featuring 1950’s-style casinos and restaurants clustered under an overhead LED canopy.

Downtown Vegas, abbreviated DTLV, is a new hotspot for artists, entrepreneurs and a growing startup culture.

6. Chill Out at the Container Park.

This family-friendly destination features 30 locally-owned shops, salons, restaurants and bars. A treehouse playground sits in the center of the park and free family-friendly movies show on a park screen on Thursday nights during the summer. It’s ideal for locals who want to experience the mellow side of their hometown.

The Container Park is best-known, however, for the 40 feet tall, 30 feet wide fire-breathing praying mantis that sits at the entrance to the park. This 150:1 scale replica of a praying mantis shoots fire from her antennae, and the flames reach six stories high.

The mantis burns 50 gallons of liquid propane each day while shaking to a 4,000-watt sound system.

You’ve probably heard horror stories about the summer heat, which can reach highs of 120 degrees.

It’s not as bad as you imagine. Yes, you’ll definitely want to park your car in the shade. But Vegas is a desert environment where the humidity levels are often less than 5 to 10 percent — and this makes a huge impact during the city’s hottest summer days.

9. But You Might Want to Plan Vacations in July and August.

That said, many locals escape the Vegas heat, venturing north during the summer. They return to enjoy the temperate climate Vegas provides throughout the fall, winter and spring.

Vegas features an ultra-reasonable cost of living, with affordable prices on everything from housing to utilities to groceries as compared to most major cities across the nation. If you’re moving to Vegas from a high-cost city, prepare to feel pleasantly surprised.

If you’re a frequent traveler, you’ll have no problem using Vegas as your transit hub. Thanks to Vegas’ popularity as a tourist destination, flights are abundant and cheap.

One popular Vegas local destination is the First Friday Art Walk, held on the first Friday of every month in the arts district of DTLV. This event features local food trucks, booths with local artists displaying their wares, and plenty of live music.

Another popular local destination is Downtown Summerlin, a collection of big-box and national chain retailers and restaurants located in the heart of one of Vegas’ suburbs. This outdoor walking mall doesn’t have the same local flair as the Container Park, but that’s okay – sometimes you want the national brand names.

14. The Traffic is Manageable.

Okay, “manageable” is in the eye of the beholder, but Las Vegas traffic is far less congested than major cities like Los Angeles, Atlanta or Boston. If you’re accustomed to rush-hour gridlock, you’re in for a treat. As a general guideline, though, the worst traffic in Vegas centers around the Strip, as well as a highway intersection near downtown called “spaghetti junction.

15. Our Cultural Centers Are Unique.

Most cities feature art museums or history museums. Vegas is different: our cultural centers include The Mob Museum and The Neon Museum. If you’re looking for a more traditional cultural center, The Smith Center in DTLV features Broadway shows and the Las Vegas Philharmonic.

16. The Clark County Library is Amazing.

You might not associate Las Vegas with libraries, but don’t let the city’s reputation fool you: the Clark County library system is a fantastic resource. The library offers more than a dozen branches across the metro area.

Las Vegas is an excellent base camp for outdoor recreation, and three popular hiking and rock-climbing spots – Red Rock Canyon, Valley of Fire State Park, and Mt. Charleston – are close enough to the city that you could routinely jog there after work.

18. Explore on the Weekends.

Many major national parks, including Grand Canyon and Zion, are located within a 2- to 3-hour drive from Las Vegas, close enough to satisfy any weekend warrior. Buy an annual parks pass for $80 and hit the trails every weekend.

You can hit the slopes at Las Vegas Ski and Snowboard Resort, located 35 miles northwest of the city at Mt. Charleston.

Here’s a secret: between the abundant hiking, climbing, camping and skiing opportunities nearby, many Vegas locals enjoy a healthy, outdoor-centered lifestyle.

Two million residents live in metropolitan Las Vegas, many of whom work in the hospitality sector. Maybe that’s why locals are known for being so friendly. Feel free to make eye contact and wave; Vegas locals are easygoing.

After you move to Vegas, you might feel as though you’ve joined a club. You have a shared experience of the city that only other locals understand – and this creates instant camaraderie with Vegas locals that you might meet elsewhere.

Moving to Las Vegas? Find and reserve storage in minutes with SpareFoot.

Paula Pant is a writer based in Las Vegas.